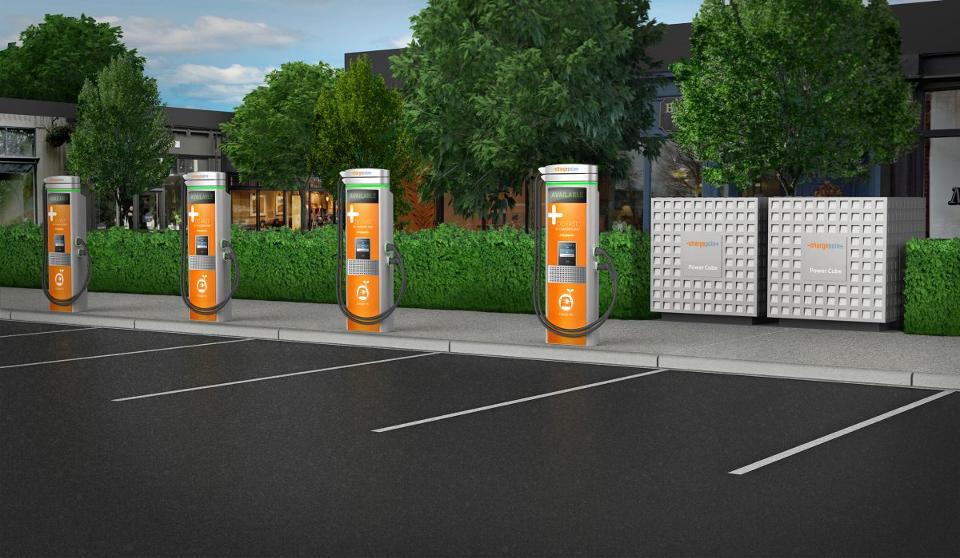 The biggest hurdle preventing the widespread adoption of electric vehicles is consumer sentiment: the fear among EV drivers that they'll run out of juice before reaching their destination, or that they'll waste precious time waiting for their car's battery to recharge writes Joann Muller of Forbes.

To help get them over that hump, and to prepare for an expected jump in the number of longer-range EVs on the road, Campbell, Calif.-based ChargePoint is introducing its ExpressPlus charging network, a family of ultra-fast DC charging products designed to meet charging requirements now and in the future.

The chargers, which will be available to station operators this summer, would let EV owners add hundreds of miles of driving range in the time it takes to stop for coffee. "By the time your latte hits the end of the counter, your car’s probably charged. That’s what we want to get this to, " said Chief Executive Pasquale Romano.

"The benchmark for us was gasoline," he said in an interview prior to this week's CES show in Las Vegas, where ExpressPlus is making its debut. "It can’t be any harder than going to a gas station."

ChargePoint doesn't operate any EV charging stations; instead it sells equipment and licenses its technology to other businesses like hotels, restaurants or malls that want to provide charging services to their customers.

Electric vehicles are changing rapidly, with 200-mile-plus range models equipped with bigger batteries set to proliferate in the coming years. The advantage of ExpressPlus, Romano said, is that it's flexible and scalable: It can charge today's electric vehicles, like the Chevrolet Bolt EV, at their maximum rate, but can be easily upgraded to handle the charging requirements of next-generation plug-in vehicles, including electric buses and trucks.

Instead of having to rip out equipment that quickly becomes obsolete, or over-investing in high-power chargers that won't be fully utilized for a few years, ChargePoint designed ExpressPlus as a modular system that can grow to support a range of 200 volts to 1000 volts, and can serve up to a megawatt across as many as eight charging stations, with each station capable of charging from 50 kilowatts to 400 kilowatts.

The innovative design of Express Plus lets station owners buy just what they need and scale up as demand grows with no stranded investment along the way, Romano said. "We let you ride the price curve over time, so you only pay for the capacity you need today.".

Express Plus debuts about two months after the Obama Administration announced a plan for 48 electric vehicle charging corridors along the nation's interstate highways in a bid to speed the adoption of battery-powered cars.

There are more than 500,000 EVs on the road today. By 2040, about 35 percent of global new car sales are expected to be EVs with more than 200 miles range, according to Bloomberg New Energy Finance. Joann Muller/Forbes