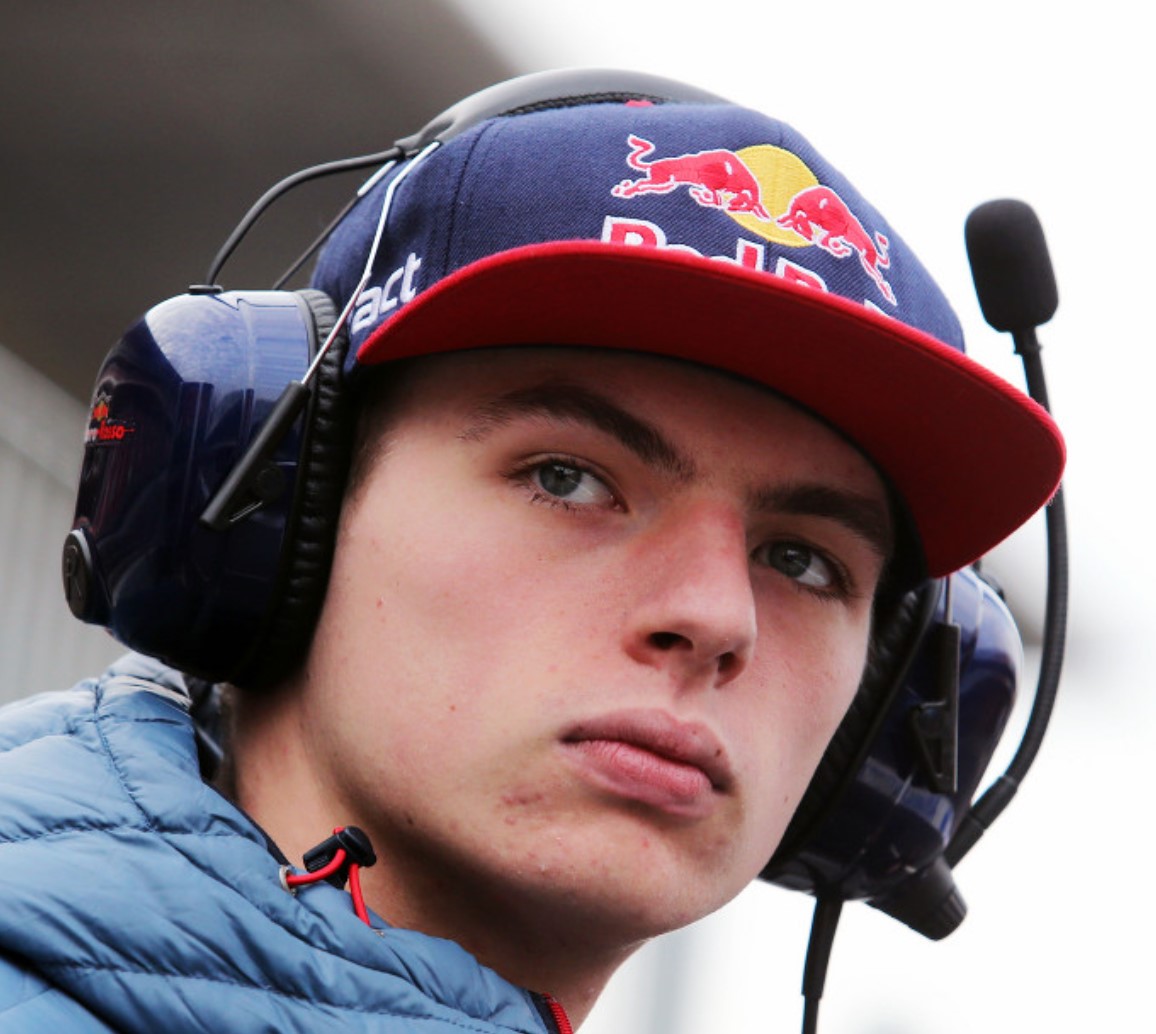 Young Dutchman Verstappen is widely regarded as nothing short of a Senna-like F1 sensation, but former Manor driver Merhi is not as ready with the superlatives.

"Max was in the right place at the right time," he told the Spanish sports daily AS.

"There is no doubt that he is a very good driver, but it's also true that everything came to him."

Merhi thinks Verstappen has also got away with a lot of track infractions, and "I don't know whether it was because he is so young or because he is spectacular".

Merhi, now a sports car driver and avid amateur cyclist, also admitted he was not too impressed with Ferrari's Sebastian Vettel in 2016.

"I don't know if it was him having a bad year, Raikkonen having a good year or a little of the two," said the Spaniard.

Finally, Merhi criticized Mercedes, for trying to call off the on-track championship fight between Lewis Hamilton and Nico Rosberg in the dying moments of the 2016 season.

"Hamilton was only doing what he had to do, and even if it was his teammate, he was playing all of his last options to be champion," he said.

"I would have done the same or even worse. I can't understand Mercedes at all, because they were no longer fighting for the constructors' or even the driver's championship," Merhi added.

Alesi hails Ferrari deal for Giovinazzi
(GMM) Jean Alesi has hailed Ferrari's decision to sign up an Italian driver for 2017.

GP2 runner-up Antonio Giovinazzi will be the fabled Maranello team's reserve driver this year, a decision that has pleased former Ferrari star Alesi.

"It's fantastic," the Frenchman told La Gazzetta dello Sport, "but it would have been astonishing if Ferrari had allowed such an opportunity to escape.

"Giovinazzi is a well-educated young man, which is rare these days, but above all he is an excellent driver," Alesi added. "He came within a hair of the title in his first GP2 season, now he just needs some good kilometers."

Another Ferrari junior, meanwhile, is Alesi's own 17-year-old son Giuliano, but the youngster is staying put for a second season of GP3 this year.

"Working with the (Ferrari) academy is a guarantee," said 52-year-old Alesi. "Giuliano can develop without rushing."

Asked, however, if his son might make his breakthrough and test a formula one car this year, Alesi answered with defiance.

"If necessary, I would lay down in front of the box exit!" he exclaimed. "Giuliano can only think of GP3 for now.

"If he wants to get in a F1 car, then we have one at home that he can get in and I will take a photo."

The Mercedes-backed, 20-year-old Frenchman made his mid-season F1 debut for backmarker Manor last year, but for 2017 he is stepping up to Force India.

Despite its small budget, Force India finished an impressive fourth overall last year, and Ocon said the team is now aiming even higher.

"Force India's objective in 2017 is to be among the top three constructors," he told the French magazine Auto Hebdo.

"This means we would have to pass a major team, but the new rules means the order could be completely changed next year," Ocon insisted.

And he said he will not get any grace period to settle into his task in 2017, even though it will be his first full season in F1.

"With the discontinuation of the token system, which greatly limited engine development, the gaps should be closed more easily and the established order can be upset. It is for this reason that I am asked to be up to speed right away," Ocon revealed.

"I have signed for two years, but the first year is not to learn," he continued. "My goal is to be in the points at each race, and aim for the top five as often as possible.

"My nine races in 2016 will be useful because I am already in F1 and have learned several circuits, but I will have to discover Melbourne, Shanghai, Monaco and Baku," Ocon said.

"I will also discover a new teammate, Sergio Perez, who is the reference driver of the team. He is one of the top drivers according to some experts, but I will have to beat him, just like the others."

Meanwhile, Ocon said that after a short end-of-year break, he is now training hard.

"I am doing sports five days a week, with cardio, weights and running on the treadmill, to reduce the risk of injury," he revealed.

"I have to build five kilos of muscle, as because the cars will be four to five seconds faster, it will be much more difficult for the drivers," said Ocon.

Ecclestone defends Vettel amid criticism
(GMM) Bernie Ecclestone has jumped to the defense of Sebastian Vettel, amid criticism of the Ferrari driver's performance and frustration in 2016.

"It's not his fault that he's not winning," the F1 supremo told Sport Bild, referring to the German driver.

"It's about the car and the team," Ecclestone insisted.

"Ferrari has fallen back into the time before Schumacher and Todt," he explained. "There are too many Italians working there.

"Nothing against Italy, but running a team successfully is not in their DNA. Ferrari needs fresh blood," Ecclestone said. "But I'm sure Sebastian is doing everything he can to succeed."

F1's 86-year-old chief executive also played down rumors Vettel might be looking to jump ship to Mercedes for 2018.

"Sebastian's mission is called Ferrari, because I know that he wants to succeed there first," said Ecclestone.

However, he doubts that either Ferrari or Red Bull will be able to stop Mercedes' dominance this year.

"I don't think so," Ecclestone said. "Their engine will still be the best, giving them a huge advantage.

"Equalizing the situation can only be done with new engine regulations, so we need to do that as soon as possible."

Mick Schumacher, 17, is stepping up from Formula 4 to the ultra-competitive European F3 series this year, which was the category that launched Max Verstappen and so many other top drivers' careers.

Asked by Germany's Sport Bild if he would like to see young Mick on the grid, Ecclestone answered: "If he is anywhere near as good as his father, why not?

"It would be good for formula one if the name Schumacher was with us again," he added.

Force India recorded a best classification of fourth in 2016, as Sergio Pérez claimed a pair of podium finishes, and the team has set a 'stretch objective' of challenging for third under all-new technical rules.

Force India's launch event will take place at Silverstone, where the outfit is based.

"We have a lot in store for that day, so watch this space (and our social media accounts, too) for more information on how to fully enjoy the start of this new season," read a brief Force India statement.

Pérez will be joined by Esteban Ocon for 2017, with Nico HÃ¼lkenberg joining Renault.

Gutierrez: I'm good enough for Formula 1
Esteban Gutierrez remains convinced that he "has the speed and the talent" to continue competing in Formula 1, after being dropped by Haas at the end of the 2016 season.

Gutierrez failed to score a point in his returning campaign, while team-mate Romain Grosjean logged 29, and Haas ultimately signed Kevin Magnussen to replace the Mexican for 2017.

Assessing the year gone by, Gutierrez commented: "I've been very grateful to have these opportunities and to work with other people here, even though it was a very tough season.

"All the work and all the effort came from the whole team, from my engineers and my mechanics… I feel very grateful, so it was in some ways a nice experience and very enjoyable.

"Those memories are the most important. Now we will see the next step."

Although he endured a point-less season, Gutierrez finished 11th on five occasions, while the intra-team qualifying battle was close, with Grosjean only coming out on top by 12-9.

"I've been very close [to Grosjean] and honestly if I didn't have the speed and didn't feel capable of it, I would not have been trying anymore to be in Formula 1," Gutierrez went on to explain.

"I know what I have and what is possible and I'm very honest with myself because that's the way you have to be in life. You do your best, you know what you have and you push with that.

"Unfortunately those statistics are not always what people see, but I'm sure the experts who are doing a deep analysis are aware – that's the way I've been showing my performance."

Gutierrez also insists that he has no hard feelings after departing Haas.

"I don't blame anyone, as the situation of the team was very unfortunate," he said.

"I worked really hard to focus on all of the races and it was an interesting experience to work with the team. It brought a lot to my experience and my knowledge, which will help in many ways.

"There are some things that could have been done differently [through 2016], for sure, but at the end of the day we are responsible for our own destiny, and I take that responsibility."

Gutierrez's chances of returning to the Formula 1 grid in 2017 appear to rest with Manor, which has yet to confirm either of its drivers, as Sauber prepares to take on Pascal Wehrlein.