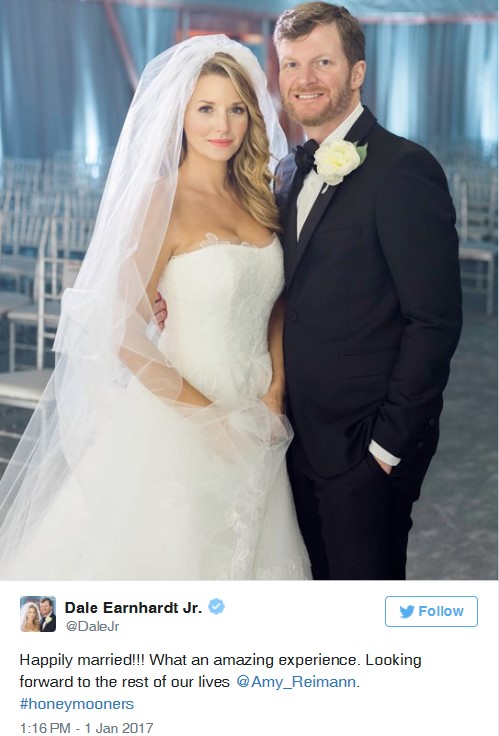 Dale Earnhardt Jr. and fiancee Amy Reimann married Saturday night on New Year's Eve in front of family and friends that included scores of NASCAR drivers and personalities. The two awoke in 2017 as a married couple, thanking friends and fans for support on social media. 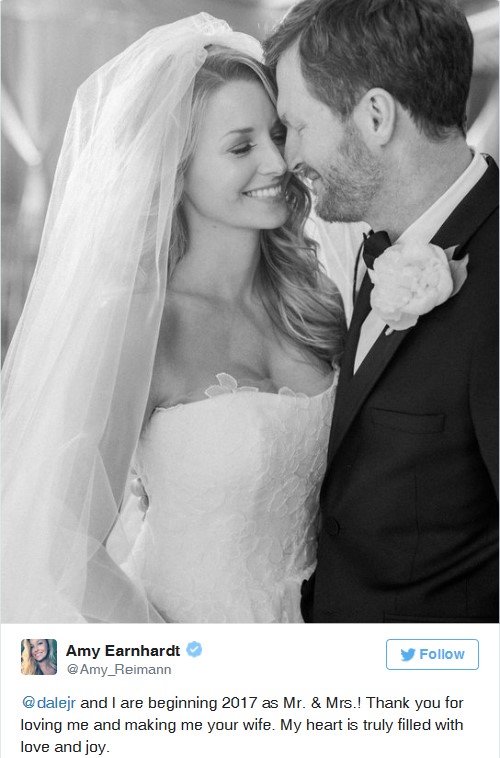 The celebration appears to have lasted deep into the night (and morning) as well. At 11:45 a.m. ET on New Year's Day, Amy — who changed her last name to Earnhardt on Twitter — was still waiting for her husband to wake up.

Drivers such as Danica Patrick (who caught the bouquet!), Kyle Busch, Ryan Blaney and plenty of others shared sparse photos of the event, a black-tie affair that was heavy on the disco balls.

The two were engaged for nearly 18 months, with Earnhardt Jr. popping the question in June 2015 while on vacation in Germany. It was at an old Lutheran church that Earnhardt's relatives had attended hundreds of years prior where the 14-time most popular driver dropped to one knee.

It was at Champion's Week in Las Vegas where Junior and his now wife confirmed the date.

"I'm really excited and have enjoyed going through the process," Earnhardt Jr. said at the time. "I've never been married before and I'm excited to be marrying Amy."