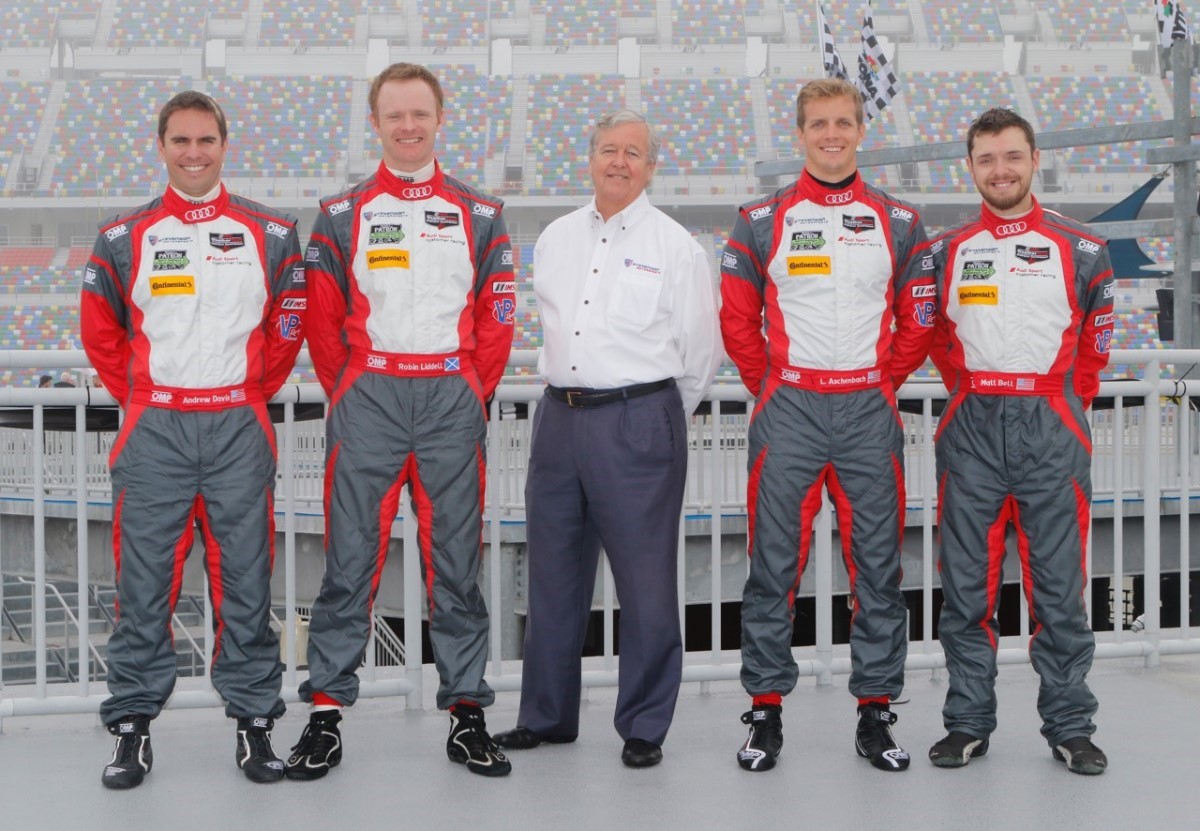 Stevenson Motorsports is pleased to confirm its plans for the 2017 edition of the Rolex 24 At Daytona as the team targets a big result in the season-opening IMSA WeatherTech SportsCar Championship.

The team, which carried the No. 57 in GRAND-AM competition for over a decade starting in 2004, will once again carry the number starting in 2017 with the No. 57 Stevenson Motorsports Audi R8 LMS.

The fabled number was long a part of Stevenson Motorsports history, scoring GRAND-AM victories in the Rolex Sports Car Series on tracks from Mexico City to Montreal.

After completing 95% of all race laps, scoring four podium finishes and nine top-five finishes in the highly competitive GTD field, Stevenson will look to get a fast start to the 2017 IMSA season with drivers Andrew Davis, Lawson Aschenbach, Matt Bell, and Robin Liddell combining to share the driving duties in the No. 57 Stevenson Motorsports Audi R8 LMS.

The four driver line up has a season of racing with the Audi R8 LMS under their belts.

“I’m really excited to have the 57 back on our car again this year, and you really just couldn’t ask for a better line up than what we’ve got with these guys," said team owner Johnny Stevenson. “We learned a lot with the Audi last year and we are miles ahead of where we were with the car at this point last year, so we have a lot better feel for what we will need for Daytona. Through the years, our results have just not been what we’ve been looking for in the 24. So hopefully between putting all our focus on one car, having this driver line up, and getting a little luck with having the 57 on the car, we can get the season off to a big start!"

The team will not only benefit from the continuity of driver line-up, but will also feature consistent team management with Mike Johnson calling the strategy for the team from atop the pit box while Mike Hoffman returns as crew chief. Steve Newey has joined the squad to oversee the engineering as the team looks to convert lessons learned in the 2016 season into strong results in 2017.