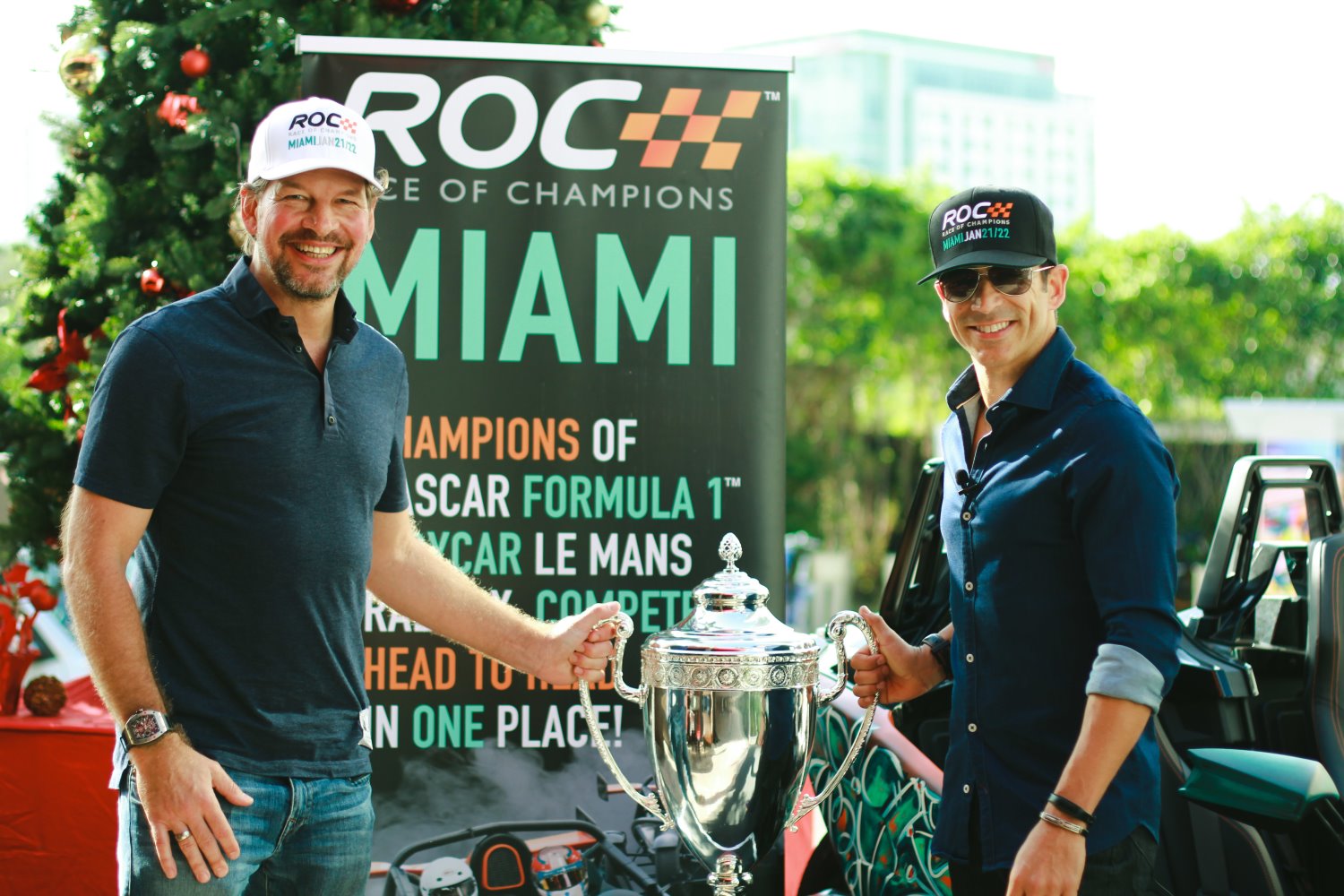 Do you have the ROC Factor? If you are a racing driver from anywhere in North and South America, this is your chance to prove it. Two racers will win a chance to take on the racing legends competing at the first Race Of Champions on American soil – inside Marlins Park in Miami on January 21-22, 2017 – and it could be you!

One driver from North America (USA and Canada) will line up alongside Canadian IndyCar star James Hinchcliffe in the ROC Nations Cup on Sunday January 22, while a racer from Latin America (everywhere from Mexico to Cape Horn) will team up with Brazil’s triple Indianapolis 500 winner Helio Castroneves in the same competition.

The contest is open to anyone with a passport from the nations involved – you simply have to tell us why we should give you the chance to compete against some of the world's best drivers in identical cars live on TV all over the world. Ten drivers from North America and ten drivers from Latin America will then be selected for a vote on social media. The overall ROC Factor winners will earn this chance of a lifetime.

CLICK HERE TO ENTER. BUT BE QUICK: REGISTRATION CLOSES ON JANUARY 1, 13:00 ET!

The ROC Factor was started in connection with the Race Of Champions at London’s Olympic Stadium last year. The first winner, Bradley Philpot, even won his first round race and enjoyed the time of his life, hanging out with motor sport’s legends behind the scenes (pictured above, in blue on the right).

Helio Castroneves (pictured below right with ROC president Fredrik Johnsson) said: “ROC Factor is such an amazing opportunity. It’s a bit like American Idol; one moment someone’s singing in the shower and the next they’re becoming a huge star! I’m really looking forward to it and can’t wait for January 21/22.

“The cool thing about Race Of Champions is that every driver has a chance, no matter what they’re used to racing. The variety of cars means there’s something suited to everyone, regardless of whether they’re from rallying, open-wheelers or NASCAR. So it really is all about the talent. Plus, for me, to be competing at home in Miami is always great, especially as my family and friends will be together having a good time. And of course racing at Marlins Park is so unusual! I think the fans will really enjoy it and be coming back for more."

James Hinchcliffe added: “I’m really excited about the chance to be a part of this year’s ROC. I've watched this event for years and always wanted to be a part of it, so it's a bit of an early Christmas present getting the call. All these incredible drivers from so many disciplines in one place, all the different cars to try, and we still have to vote for my team-mate! It's going to be a blast!"

The Race Of Champions is an annual contest which has been held for over 25 years. It brings together some of the world’s greatest drivers from motor sport’s major disciplines – including Formula 1, NASCAR, IndyCar, Le Mans, MotoGP, Touring Cars, World Rally and action sports – and sets them free to battle head-to-head in identical machinery. All the racing takes place in a stunning range of superfast cars.

The ROC event is run over two days: first comes the Race Of Champions itself (on Saturday, January 21) featuring a flat-out battle for individual glory. Then on Sunday, January 22 comes the ROC Nations Cup when drivers pair up based on nationality to bid for the title of ‘World’s Fastest Nation’. In 2017, four North American teams will take on the rest of the world in a special contest to celebrate the host venue.

But that’s not all. The Race Of Champions has non-stop action from start to finish – featuring stunt shows on four wheels and two wheels plus DJs, cheerleaders and plenty of other entertainment to keep race fans on the edge of their seats.

ROC president Fredrik Johnsson said: “We are thrilled to offer this special chance for all aspiring racers from Alaska down to Cape Horn. If you’ve ever watched the greats of motor sport and thought: ‘I could do that’, now’s your chance to prove it, battling them in identical cars on our unique track inside Miami’s Marlins Park.

“It’s fantastic that Helio and James have agreed to partner our ROC Factor winners as they bid for the ROC Nations Cup crown. These IndyCar greats will be the dream team-mate for our winners as they take on some of the world’s best racers. Now we look forward to welcoming a packed crowd to Miami to cheer them on. Who knows, maybe the ROC Factor drivers can surprise everyone and race all the way to glory…"

Tickets for ROC Miami are now available via www.raceofchampions.com. For access to rights-free high-resolution imagery and to keep up with all the latest news ahead of this year’s event please visit ROC's website, Race Of Champions on Facebook plus @raceofchampions and #ROCMiami on Twitter.