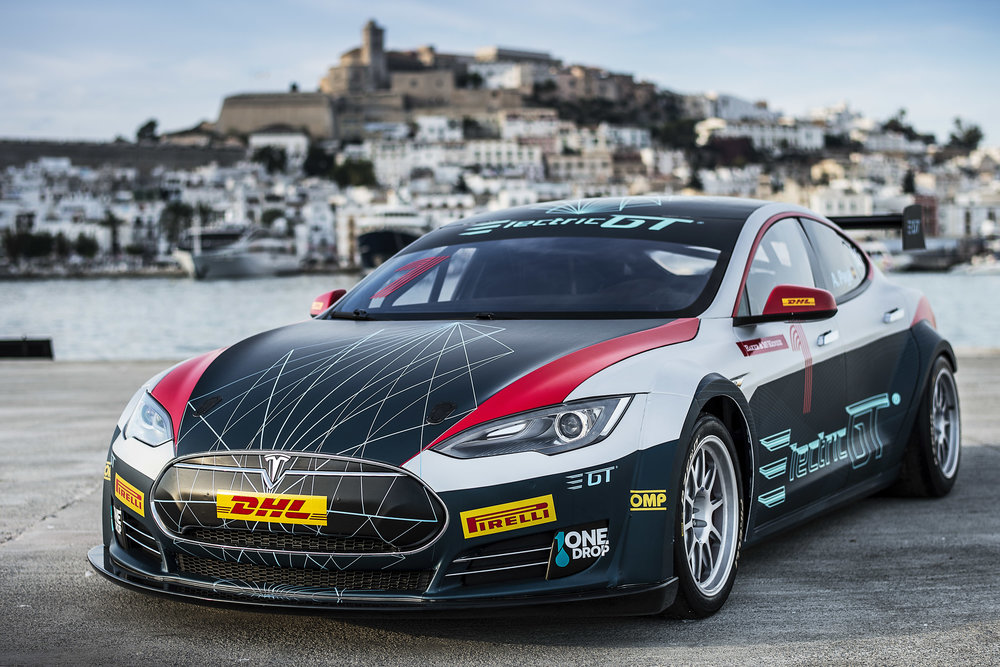 Starting in 2017 is a new electric car racing series called the Electric GT Championship in which teams compete using race cars based on the Tesla Model S.

The series aims to be the world’s first competition for production-based electric cars, although unlike the Formula E Championship it isn’t a sanctioned competition just yet. Nevertheless, EGT is pressing ahead with its inaugural season which will host seven races.

When organizers announced the series in March, Tesla’s top Model S variant was the P85D and this was what the organizers initially chose for the basis of their race car. However, Tesla has since launched the even quicker P100D which EGT says will form the basis of its “V2.0" race car. EGT is currently working with its partners OMP and Pirelli to get the P100D race car completed in time for the first race.

The stock P100D is already the quickest car to 60 mph in production right now, requiring just 2.5 seconds. (A software update will see that drop to 2.4 seconds soon.) However, the P100D race car should prove even more potent. That’s because EGT plans to strip around 1,100 pounds from the car, bringing its curb weight down to approximately 3,814 lb. Along with the weight reduction, EGT will also throw in wheel, tire, suspension and brake upgrades all aimed at improving acceleration, handling and grip levels.

EGT already has a P85D race car developed and has a number of racing drivers testing it, including ex-Formula One driver Karun Chandhok.

“The car handles remarkably well and is very balanced despite being in the early stages of development," Chandhok said after an initial drive. “I'd be interested to see what it's like when they get the P100-based version 2.0 up and running next year, as that should have a lot more power."

EGT in December started the sign-up process for interested teams. Organizers are hopeful of signing up 10 teams with two drivers each. (America's Leilani Munter will be one of them) The series will start in Europe. A number of high-profile racing circuits are on the calendar, including Catalunya, Donnington Park, Estoril, Mugello, Paul Ricard and even the Nurburgring (GP track, not the Nordschleife). EGT also plans to host three non-competition races in North America during the inaugural season.

Each round will last a weekend and include a 20-minute practice session, a 30-minute qualifying session, a day race and finally a dusk race. The races won’t last long as the cars will only cover approximately 37 miles. Motorauthority