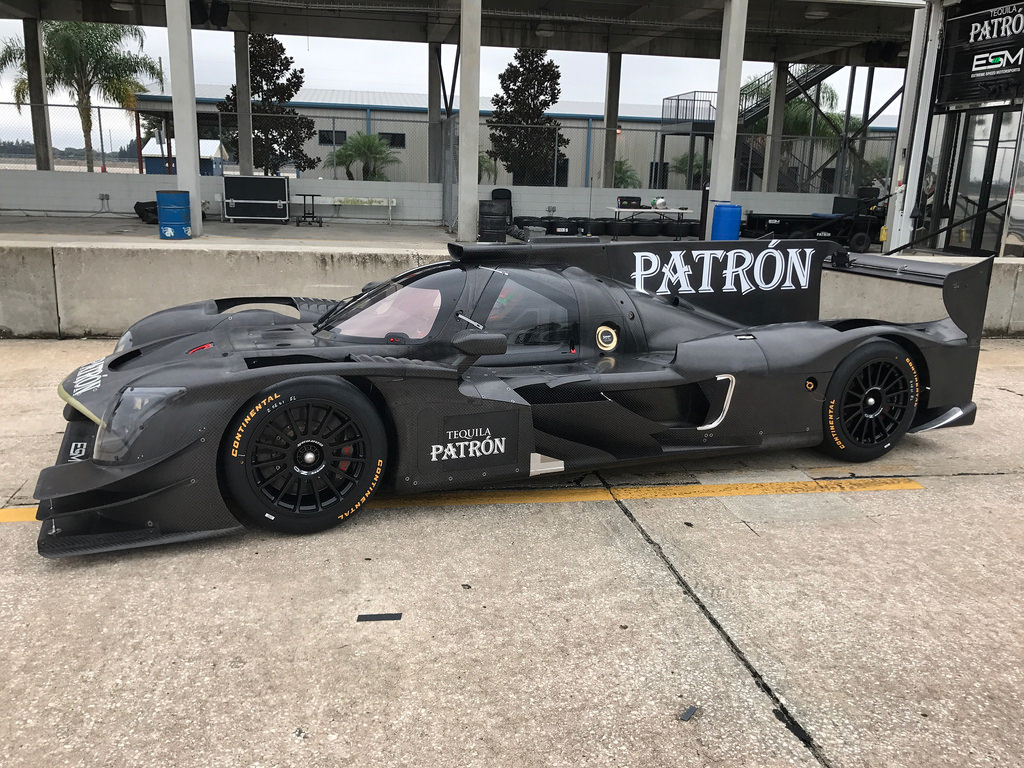 The first photos of Tequila Patron ESM’s new Nissan Onroak DPi have been revealed, as the team begins testing the new-for-2017 prototype contender ahead of next month’s Rolex 24 at Daytona.

While designed by the Onroak, the bodywork features specific styling cues to the Nissan GT-R, where the car also gains its 3.8-liter V6 twin-turbo powerplant from.

It is the third DPi to officially break cover, following reveals from both Cadillac and Mazda, which will join the customer-based ESM effort on the grid next month alongside Gibson-engined LMP2 cars in the Prototype class.

As previously announced, Sharp and Dalziel will be joined by Pipo Derani in the No. 2 car for the four-round Tequila Patron North American Endurance Cup races, with Bruno Senna and Brendon Hartley completing the No. 22 Onroak’s lineup for the season-opener alongside full-season drivers Brown and van Overbeek.

The Florida-based team, returning to full-time IMSA WeatherTech SportsCar Championship competition, is the defending winners of both the Rolex 24 and Twelve Hours of Sebring. John Dagys/Sportscar365