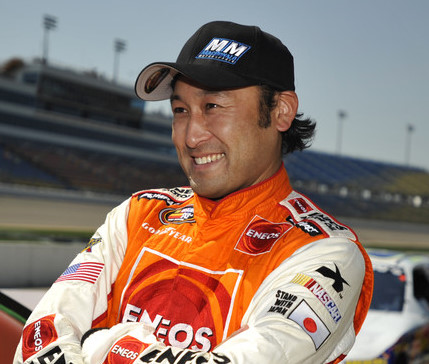 Akinori Ogata, a part-time driver in the NASCAR Camping World Truck Series, is proud of the fact that he came to America from Japan six years ago with literally nothing but a dream to race. But that dream is being put to a test now – as less than a week before Christmas, he had more than $80,000 of racing equipment stolen from his family home in Mooresville, North Carolina.

According to a published report, Ogata's pickup truck and trailer with his son's Legends race car vanished from his garage in a matter of minutes around 1 a.m. last Monday.

Ogata, 43, has made a total of five starts in the Truck Series over the last three seasons, with a best finish of 18th at New Hampshire in 2015. He made one start last season, finishing 31st in the 32-truck field at the same Loudon track. He told FOX 46 reporter Brett Baldeck that he wanted to pass along his racing aspirations to his son, so he purchased him a Legends car. With another racing season fast approaching, the Ogata family racing hopes are suddenly on hold.

The Legends cars run at Charlotte Motor Speedway and other NASCAR venues, and often provide a training ground for future drivers in NASCAR's three national touring series. For now, though, Ogata told the television station that he isn't certain what will happen next. He simply is determined not to let this setback ruin his family's holiday or racing future. FOX Sports