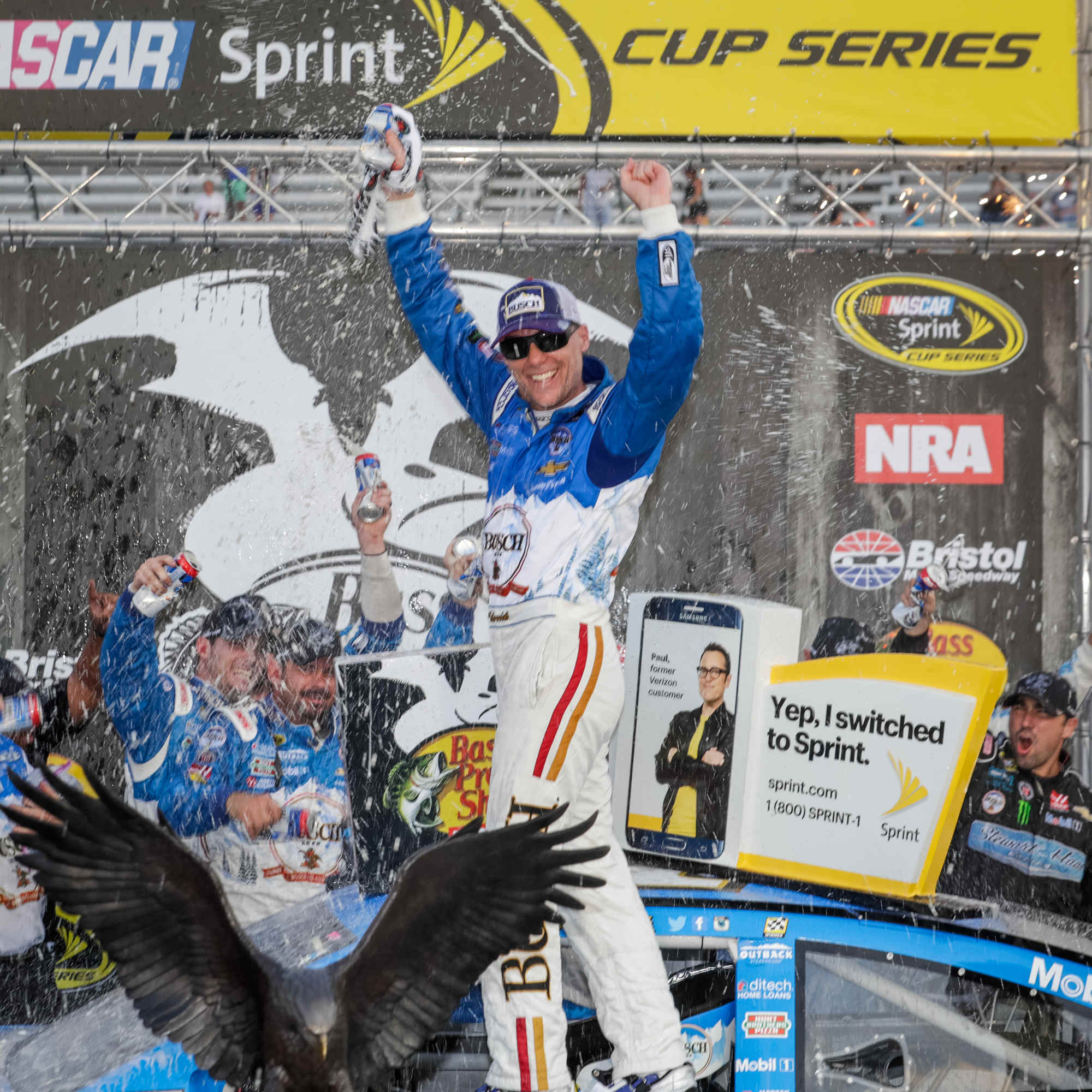 Kevin Harvick is optimistic about NASCAR's future after it was announced Monster Energy will be the new title sponsor of the Premier Series during Champion's Week in Las Vegas earlier this month. Harvick has worked with Monster in previous and current business dealings. During the 2009 NASCAR Camping World Truck Series season, Monster served as the primary sponsor on Ricky Charmichael's #4 Chevrolet Silverado owned by Harvick.

"When you look at Monster, we've dealt with them on (Ricky) Charmichael's truck, we deal with them on Donald Cerrone's deal, and they are a very aggressive company in how they want to approach things," Harvick said. "I think that will be good for us because as a whole, NASCAR can be, in my opinion, a little bit conservative. "I think Monster will add a little bit of edginess to that. All in all, I think it's great for the sport and I'm looking forward to seeing how they kick it all off."

The series title sponsor isn't the only change Harvick is experiencing during the offseason, as Stewart-Haas Racing continues the lengthy process of transitioning from Chevrolet to Ford for the 2017 season. That's a process the 2014 Premier Series champion knows will be an uphill battle due to everything that goes into making the manufacturer switch.

"We'd be crazy to think there's not going to be some bumps in the road just because there's a lot of things that are changing," said Harvick.

"But I think with the amount of people that we have to go through the transition to do the things that we need to do, I couldn't ask for a better group of people. I think it'll be a long winter, but with a group of racers that we have, we should fire off where we have been."

Overall, Harvick is confident the switch won't affect how competitive his #4 team will be, as well as SHR in general, at the beginning of next season. Fox Sports