Having just taken delivery of the brand new machine days earlier, the Daytona Beach, Florida-based squad worked through the various intricacies that come with operating an entirely new platform. 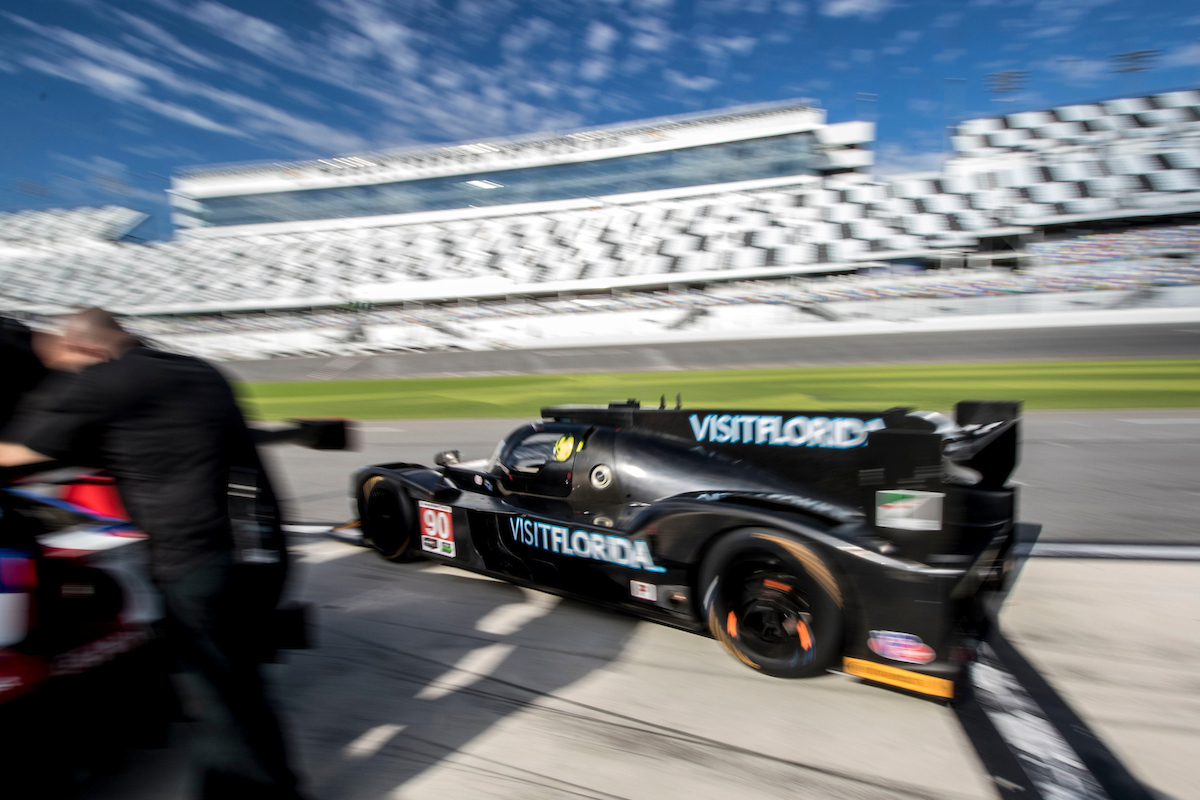 “The car is doing everything it is supposed to be doing," said driver Marc Goossens who returns to the team after driving full-time for VISIT FLORIDA Racing in last year’s IMSA WeatherTech Championship campaign. “We are going through some normal new car issues and we’re dealing with electronics and all of that but overall the car feels good. We just need to fix the issues that we have before we can begin working on setup. I’m not too concerned about the lap time differences, we’re just working on own program and doing what we need to be doing with this brand new car. We’ll be able to give the car some more mechanical grip once we start working with it. If we gain some speed on the straightaways, we’ll start getting into that little window there. It’s just a typical situation with a new car when you have to come into the pits on a regular basis to fix things, but that’s normal." 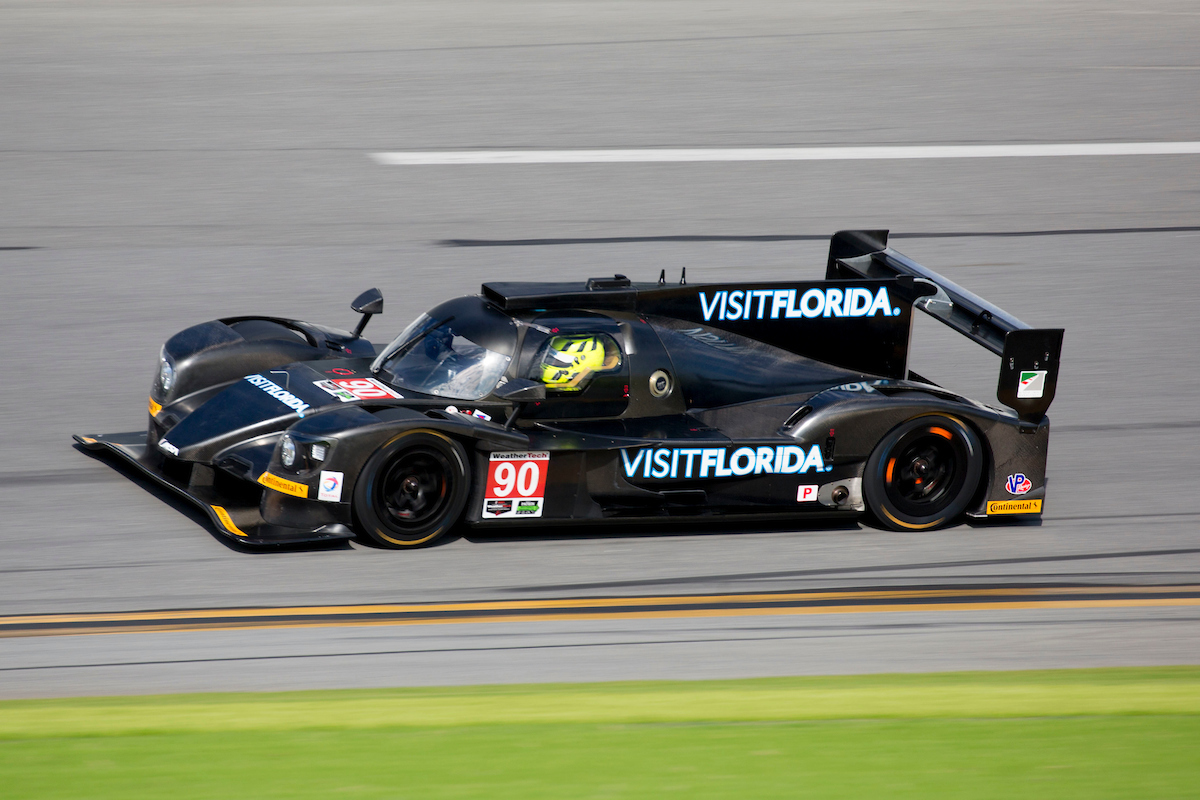 Renger van der Zande, who joins Goossens in the No. 90 Gibson-Riley in 2017 after taking the IMSA WeatherTech PC class championship title in 2016, was also on hand to test the car at Daytona.

“Marc (Goossens) and I are working really well together and giving the same feedback," said van der Zande of the new driver pairing." We speak the same language and we have good fun together. We’re sharing the same sort of information to make the car better and getting that all sorted together. We’re a little short on time since we just received the car and the Roar (test in January) is coming up quickly. I think all together it’s about going from big issues to small issues which is what we’re doing right now. There is some work to do ahead, but it’s great to be a part of this project. As a driver, you never stop learning and this is another project that I’ll take a lot of experience from."

Developing a new car in a short amount of time is a big undertaking, but Team Owner Troy Flis is confident in his VISIT FLORIDA Racing team rising to that challenge.

“[Daytona was] pretty much our first shakedown of the car," said Flis. “We did do a couple of laps at Kershaw a few days ago, but [it’s] a lot of new stuff, not only to us, but to the manufacturers. Right now it’s just about learning a new car. I’m happy with our choice, with what we made here and where we’re at. I think we’re going to have a good package and it’s just about working through some of the hurdles. From making the electronics work and then talk to each other, that’s the biggest hurdle that I’ve seen so far. Mechanically the car has been very sound. I’m very happy on that side." 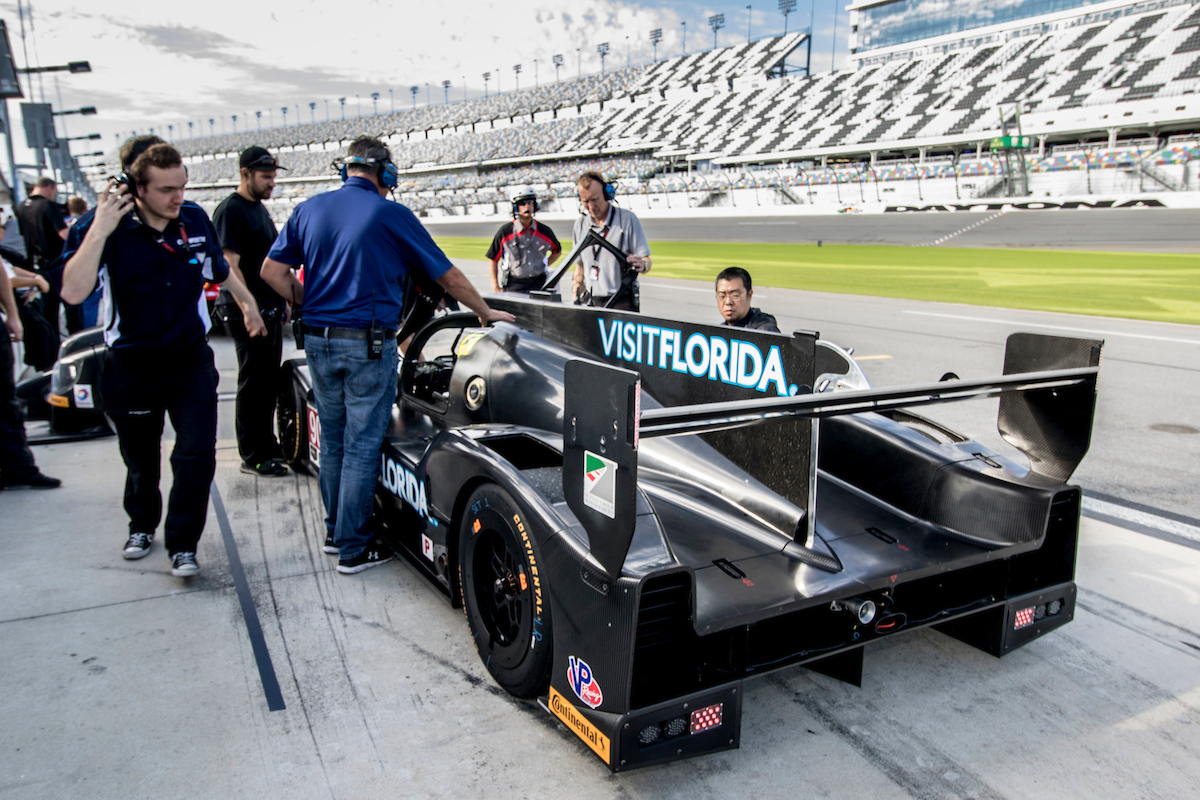