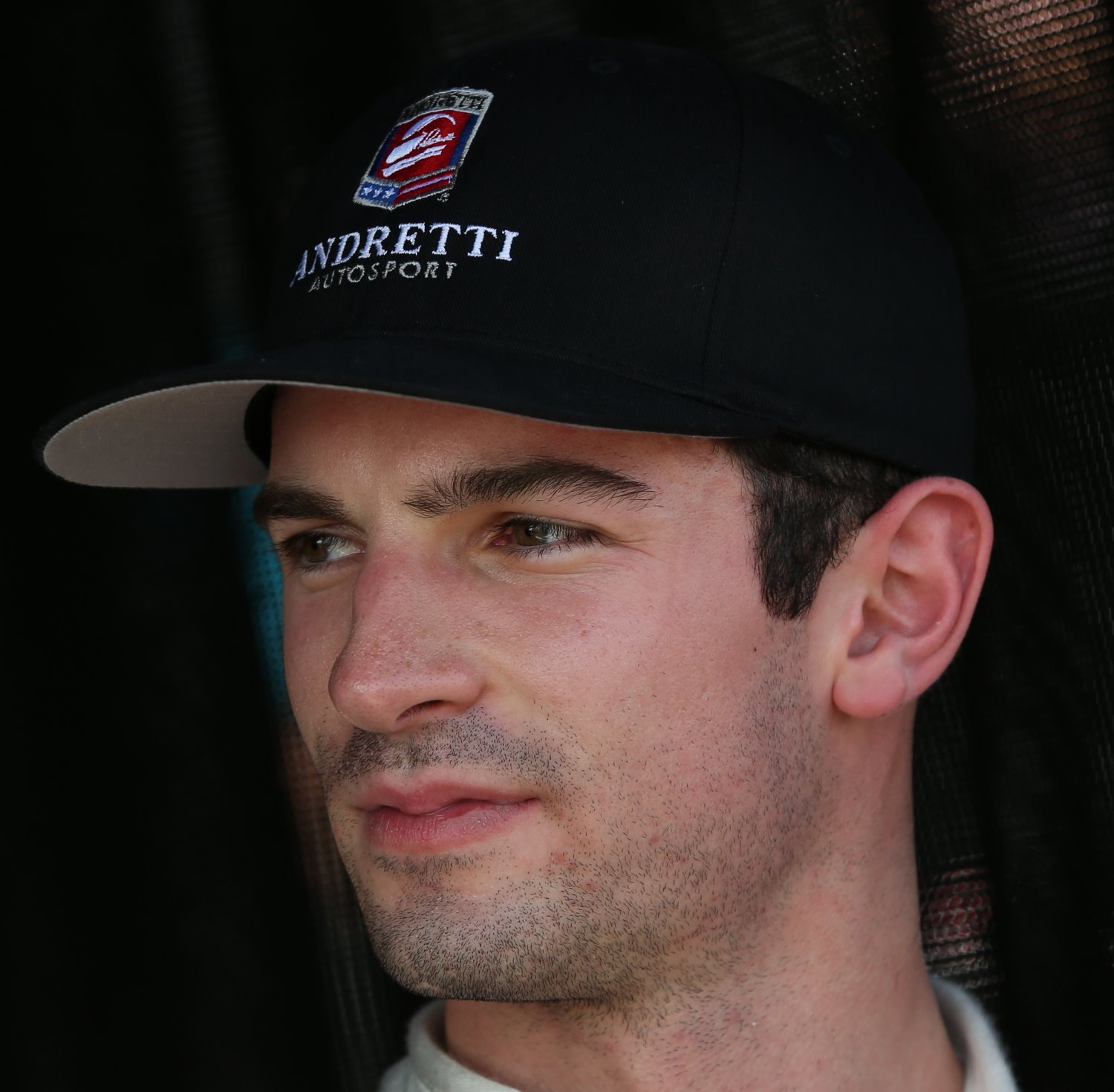 Alexander Rossi, a 24-year-old American rookie who'd spent the past seven years chasing a Formula One spot in London, was desperately trying to figure out how to make his fuel go further. A yellow flag had forced him to pit earlier than planned, so his manager at Andretti Autosport, Bryan Herta, decided Rossi should try to finish without stopping again. To do that, he would need to get 4.71 miles per gallon for the rest of the race writes James Gaddy of Bloomberg.

There was one small problem: The typical mileage for an Indy racer is 3.9 mpg. As former Indy 500 winner Eddie Cheever put it from the ABC commentator booth, Rossi's strategy was like trying to "dive into the pool before someone puts water in it."

There was no reason to think Rossi had a chance. He'd never even raced on an oval track before this year, much less one with the imposing 9-degree banks at the Brickyard. And he'd only done middlingly well since joining IndyCar in February, placing 14th at Phoenix, 20th out of 21 in Long Beach, and 15th at the Alabama Grand Prix. His sponsorship deal with Napa Auto Parts came in so last-minute that he was already practicing at the track before his Honda got its paint job.

"I don't think anyone other than immediate friends and family even considered him," says Donald Davidson, who's seen every Indy 500 in person since 1964 and serves as Indianapolis Motor Speedway's on-site historian. "I was aware of an American in F1 and knew that he'd run some races, but here's this kid with an Italian name–I don't think people even realized he was American."

It's late October, and Rossi is behind the wheel again, this time of an Acura MDX, the best-selling luxury crossover from Honda. We're cruising through Los Angeles, heading toward Mulholland Drive, the closest thing the city has to the twists and turns of an F1 road track. Rossi, who's been hailed as the great hope of American racing, is a true gearhead, and he loves testing a new car. "Next spring they're adding this triple electric engine to the MDX, which is a derivative of the technology in the NSX, which is a derivative of the F1 engine," he says as he flicks on the blinker to turn onto Sunset Boulevard.

Gone is the slight English accent he picked up during his years in London, though a few Britishisms creep back in–he still calls his apartment a "flat." And he confesses to being a New England Patriots fan because those were the only football games shown regularly in the U.K. "It's like culture shock in the opposite direction," says Rossi, now 25, of moving back to his native country.

"There's no formatted process to be successful."

For three years, Rossi had been a reserve driver for Manor, one of the slowest teams on the F1 circuit. (Formula One and IndyCar are both open-wheel driving series. F1, based in Europe, is the more prestigious of the two; IndyCar is American and newer, with more American-born drivers.) He'd successfully worked his way up through the F1 feeder series and had finally gotten a shot to race last year at the F1 U.S. Grand Prix in Austin. He fared reasonably well in the remaining four races by not finishing last. "More than enough to earn a seat," he says. "I thought we were good to go."

But Rossi wasn't offered one. Instead, in February, Michael Andretti, son of 1978 F1 world champ Mario Andretti, called about a chance to join the IndyCar circuit. The younger Andretti's team, Andretti Autosport, had recently acquired the team run by Herta, a successful former driver turned manager. The merger meant Andretti had an extra seat. The first race was in St. Petersburg, Fla., barely a month later.

Andretti's timing was fortuitous. Rossi was feeling disillusioned by F1's economics, where Mercedes-Benz can spend $300 million on research and development and come in first or second every year. "People don't want to watch something where the vehicle dictates the results," Rossi says. "You put [champion] Lewis Hamilton in a Manor car, he wouldn't do any better than I would. He might be two- or three-tenths of a lap quicker, but he's not going to get any different results at the end of the day."

So Rossi took a chance, moving back to the U.S., the home that didn't feel quite like home anymore. "Andretti gave me a lifeline," he says.

Unlike in many other professional sports, it's almost impossible to predict who will become a great racer. "There's no formatted process to be successful," Rossi says as he navigates the sharp curves along the spine of the Santa Monica Mountains. "Guys come from all over the place. If they're good, they have natural ability and are committed to getting better." Rossi started driving go-karts as a 9-year-old in Nevada City, Calif., waking up early on Sunday mornings to watch F1 races on TV with his father, Pieter, then a landscape architect and now Rossi's full-time manager.

When he was 14, in 2006, Rossi won the Skip Barber Western Regional Series, the preeminent entry-level professional race series in the country. Two years later he won the BMW Formula World Championships, generally considered a young go-kart champion's first experience of real car racing. In 2009, Rossi received his Super License, the only one you need to race in F1. At 18, he was the youngest ever to qualify.

For the first few years of Rossi's junior career, Pieter managed to cobble together the $40,000 it takes to race 47 weeks out of the year. But to race in GP2, the triple A league of F1, takes about $2 million. "To put it in perspective, the cost for an entire year on the Junior PGA tour is about $200,000," Pieter says. "That's everything–travel, flights, dues, equipment. Just a set of tires will run us $4,000, and we'll go through four sets in a weekend."

To give his son a fighting chance, Pieter started an investment fund in 2009 to partly cover Rossi's costs. He called it ARF1 and set it up as a limited-offering private equity fund, recruiting wealthy weekend enthusiasts he'd met over the years, businessmen who showed up for ride-and-drive events across the country. "The investment fund started because my family didn't have the means to continue," Rossi says. "There had to be another solution."

ARF1 ended up with 51 investors, raising "many millions" of capital in three years. Two of the key investors were in the winner's circle with the Rossis in Indianapolis. Although returns have begun this year with the $2.5 million Indy purse, Pieter says ROI is beside the point. "It's not a business decision," he says. "You would never do this as a company. It's all emotional."

We've stopped for a midday beer at the Chateau Marmont, and Rossi, 6-foot-2, 175 pounds, is talking about how he trains. He does CrossFit every day to gain the core strength needed to handle the rib-cracking 7G-forces that go into the turns of a high-speed race. He works out his left leg in particular, because the brake pedal in an IndyCar is a pressure plate. It doesn't depress like in a consumer car, so the ability to slow down is proportional to the amount of force you can extract from it. "A lot of people could drive an F1 car for a lap," Rossi says. "But to do 65 laps at a high level in Malaysia when it's 97 degrees and 100 percent humidity with your heart rate up around 165 is something different altogether."

Rossi also possesses a kind of preternatural mental strength. "He belongs in a class I call high-functioning drivers," says Herta, the Andretti co-owner who came up with the high-risk, high-reward, fuel-saving strategy at Indianapolis. "Some drivers can go really fast, but some can drive really fast while also having extra capacity to process outside information. He's able to have a conversation with us and then adjust."

On that May day, Rossi's skills were on full display. To save fuel while maintaining speed requires some trial and error. Rossi drafted behind his teammates Ryan Hunter-Reay and Townsend Bell–called "catching a tow" in racing slang–both of whom had been penalized early in the race and ended up in the middle of the pack. He tried other tactics, including switching to the "lean setting" on the steering wheel, which uses less fuel, but also less power. "It's not hard to save fuel, and it's not hard to go fast. But we had to do both, and he figured out the right combo," Herta says.

With 15 laps to go, the other cars began to refuel for one final charge. Suddenly, Rossi was leading, with Helio Castroneves, seeking his fourth win at Indy, trailing behind. Rossi coasted over the finish line at 183 mph and ran out of gas on the cool-down lap a half-mile later. He had to be towed to the winner's circle. "We all just kind of looked at each other in the booth and said, ‘How in the hell did that just happen?'â€‰" says commentator Cheever.

Rossi's "cool, calm, and collected," Andretti says. "He's very unemotional. Some guys are quiet outside, and then they go crazy when they get into the car. Sometimes they work that fire to their advantage. But there's a lot of ways to win a race."

After the season ended in September, Rossi signed a three-year deal to remain with Andretti, guaranteeing he'll have a seat at an IndyCar track, not F1, through the end of the decade. Running competitively changes your perspective, Rossi explains. "At Andretti I have an opportunity to win," he says. "At Manor, no matter the car we get, no matter how many adjustments we make, we're never going to win. It's very difficult as a competitive person to wake up every day and train and do everything you need to do and know that if you finish 13th, that's going to be an awesome result."

And then Rossi smiles like a man vindicated. "The pressure only goes up from here," he says. James Gaddy/Bloomberg.com