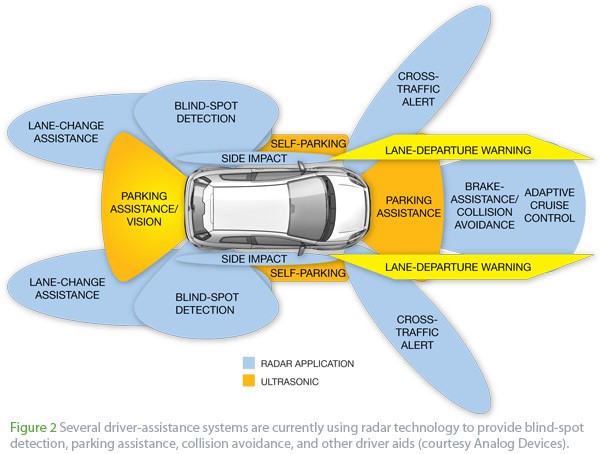 The proposed mandate, released by the Department of Transportation today, would require all new cars and light trucks to have dedicated short-range communication systems that transmit and receive basic messages about the vehicles' speed, location, braking and other data. DSRC systems allow cars to "talk" to other vehicles on the road and to infrastructure equipped with the systems, allowing drivers to "see" around corners and be warned of potential crash.

"This technology has enormous safety potential to prevent hundreds of thousands of crashes and save lives," Transportation Secretary Anthony Foxx said on a conference call with reporters.

Regulators signaled their intent to mandate V2V systems in August of 2014. Under today's proposal, the DSRC systems would be required to use a common set of communications protocols to ensure all vehicles "speak the same language," the DOT said.

In addition, the department said it plans to soon issue guidance on vehicle-to-infrastructure communications.

The rule would not require vehicles currently on U.S. roads to be retrofitted with the technology. Foxx said owners couldn't turn off the technology but could turn off warnings.

The Alliance of Automobile Manufacturers, a trade group representing General Motors, Toyota Motor Corp., Volkswagen AG and other major automakers, noted the system is already being tested. The group said it would study the proposal.

Automakers are pushing to ensure that a portion of the spectrum reserved for connected vehicles is not used by other companies for other wireless device use. The U.S. Federal Communication Commission has begun testing potential sharing options.

Separately, the Federal Highway Administration plans to issue guidance for vehicle-to-infrastructure communications, which will help planners allow vehicles to "talk" to roadway infrastructure such as traffic lights. Autonews