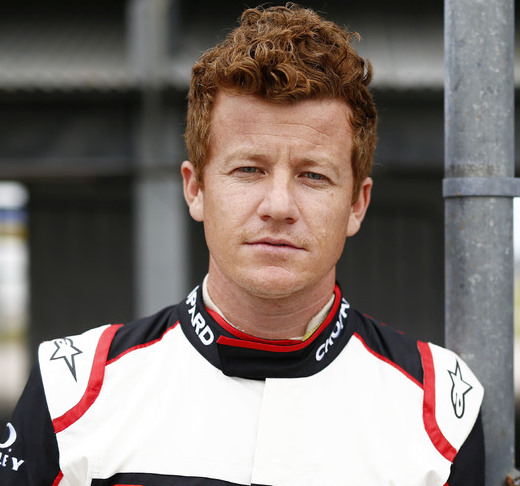 ROCK HILL, S.C. – CORE autosport has completed its driver lineup for the 2017 Rolex 24 at Daytona. Patrick Long and Nic Jonsson will join Jon Bennett and Colin Braun in the No. 54 Porsche 911 GT3 R for the team's first attempt at the 24-hour spectacle in the IMSA Weathertech SportsCar Championship's GT Daytona category.

Long is no stranger to CORE autosport, having partnered with both Braun and Tom Kimber-Smith in a Porsche 911 GT3 RSR for CORE's 2013 GT effort in the American Le Mans Series. Porsche's only American factory driver brings with him 14 years of Porsche experience, including a victory and three podiums at the Rolex 24.

Jon Bennett Driver: No. 54 Porsche 911 GT3 R
The first race of the 2017 season with our GTD Porsche 911 GT3 R is going to be super competitive. I'm very fortunate to share the car all season with Colin, who I've spent a lot of time with and he knows how to win 24-hour races. Now, to have Pat Long and Nic Jonsson added to our lineup, I feel fortunate to be sharing the car with fast drivers with endurance backgrounds. Pat Long, obviously has extensive experience in our car. Although I don't know Nic very well, Colin has praised his abilities and I look forward to getting to know him better.

Colin Braun Driver: No. 54 Porsche 911 GT3 R
I'm excited to have a guy that knows Porsches like Pat does with us. To have someone that knows the car and has so much Rolex 24 experience will be a great asset. Driving with Nic again will be great. I've known him for a long time and learned a lot from him back when I was driving for Krohn. Much like Pat, he's done this race a lot and he knows GT3 cars. I think our lineup is a great one. It's probably a sleeper lineup, because we don't have any big IndyCar or F1 names, but I think it's as good as it gets when it comes to sportscar racing.

Nic Jonsson Driver: No. 54 Porsche 911 GT3 R
I'm very excited to have the opportunity to be a part of CORE autosport for the Tequila PatrÃ³n North American Endurance Cup in their new Porsche GT3 car. I'm very thankful to both Team Manager Morgan Brady and Team Owner Jon Bennett for having the faith in me to offer this opportunity. CORE has shown ever since they came in to IMSA that they are one of the absolute top teams, winning races and championships in the very competitive Prototype Challenge category. To join an already very successful organization with one of the most iconic motorsports brands in Porsche and with such strong teammates in Jon, Colin and Pat makes me very excited.

Patrick Long Driver: No. 54 Porsche 911 GT3 R
It's great to be back with CORE autosport. I feel we have a special past together and rejoining them for their first race in the GT3R has a special connection to the first time we rolled out as a team in the 911 RSR at Mazda Raceway Laguna Seca in 2013. There is some heavy competition in this year's GTD class, but I have huge respect and confidence in the program Jon Bennett and Morgan Brady have put together and I know there will be no punches pulled leading up to the start of this year's Rolex 24.