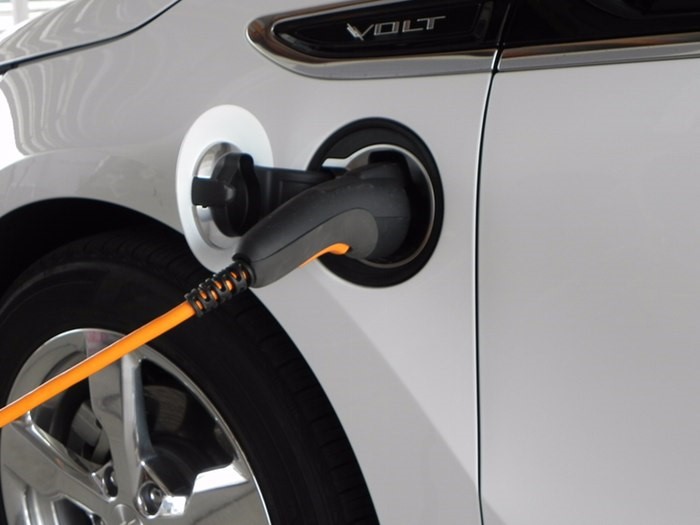 Those plans have since been scaled back, though they are still ambitious writes David R. Baker of the SF Chronicle.

Next week, California utility regulators are expected to vote on a considerably smaller, $130 million version of the program, after a long debate that raised fundamental questions about how public charging stations should be financed and installed.

Should utilities own them? Is it fair to have utility customers who drive gasoline-powered cars — in other words, most utility customers — help cover the costs? Can they be put in places that encourage apartment dwellers and lower-income families to give electric cars and plug-in hybrids a try?

The program facing a vote Thursday at the California Public Utilities Commission is a compromise attempting to balance the interests of PG&E, consumer advocates and the companies that install charging stations. Most everyone involved in the debate can find some elements they like and others that deeply disappoint them.

The program calls for up to 7,500 charging ports to be installed in PG&E territory, and more could be added in later phases, if the commission agrees. Even though California is home to nearly half of the nation's 537,734 plug-in hybrids and electric cars, PG&E estimates that there are currently just 5,000 level-two chargers — the most common kind — in the 70,000 square miles the utility serves.

PG&E says the program is still the largest utility-backed charging installation in the country. Another big charging effort could come from Volkswagen: As part of a settlement with the federal government over its pollution-cheating scandal, the German automaker agreed to spend $2 billion nationwide on infrastructure and education programs benefiting zero-emission vehicles, and some of that money is expected to go for charging stations.

PlugShare, a company that helps EV drivers locate stations, counts 7,143 level-two charging ports in all of California. The state also has 987 DC fast chargers, high-speed charging stations that can top off a typical electric car's battery in 20 to 30 minutes, versus four to six hours for a level-two charger.

In addition, Tesla Motors currently has 409 of its proprietary Superchargers across the state, according to PlugShare. Those chargers, however, can only be used by Tesla electric cars.

To reach Gov. Jerry Brown's stated goal of having 1.5 million zero-emission vehicles in California by 2025, PG&E projects that the utility's territory will need roughly 100,000 public chargers.

And yet, he too, disagrees with elements of the final proposal.

"Those folks need publicly available fast charging to even think about getting into these vehicles," Ashley said.

PG&E agrees, and has asked the commission to reinstate funding for fast chargers.

PG&E initially proposed owning all of the charging stations that would have been installed as part of the program — just as it owns substations, power poles and other pieces of electricity infrastructure. That would have allowed the utility to pass the costs of the chargers on to its more than 5 million customers, whether they own plug-in cars or not.

The idea angered consumer advocates. And it could have placed PG&E in the position of competing with companies that install and own charging stations.

Here, again, the utilities commission tried to strike a balance. The final proposal would let PG&E own charging stations installed in multiunit dwellings and economically disadvantaged communities, up to 2,625 charging ports. The other 65 percent of chargers installed under the program would be owned by other parties.

"It preserves the principles of innovation and competition," said Anne Smart, director of government relations for ChargePoint, a Campbell company that installs and operates but does not own charging stations. "There is absolutely a competitive EV charging industry in the U.S. today, and ChargePoint does feel it's important for the commission and the utilities to encourage competition and innovation, and to make sure customers have choices."

On the whole, PG&E expressed satisfaction with the proposal's final version, even though the utility has asked for several changes, including the fast chargers. If adopted, the proposal would probably add less than 22 cents to a typical PG&E customer's monthly bill.

"Our goal remains to make it easy and affordable for customers to install chargers, and we are looking forward to getting started with the program as soon as possible," spokeswoman Ari Vanrenen said in an email. David R. Baker/SF Chronicle