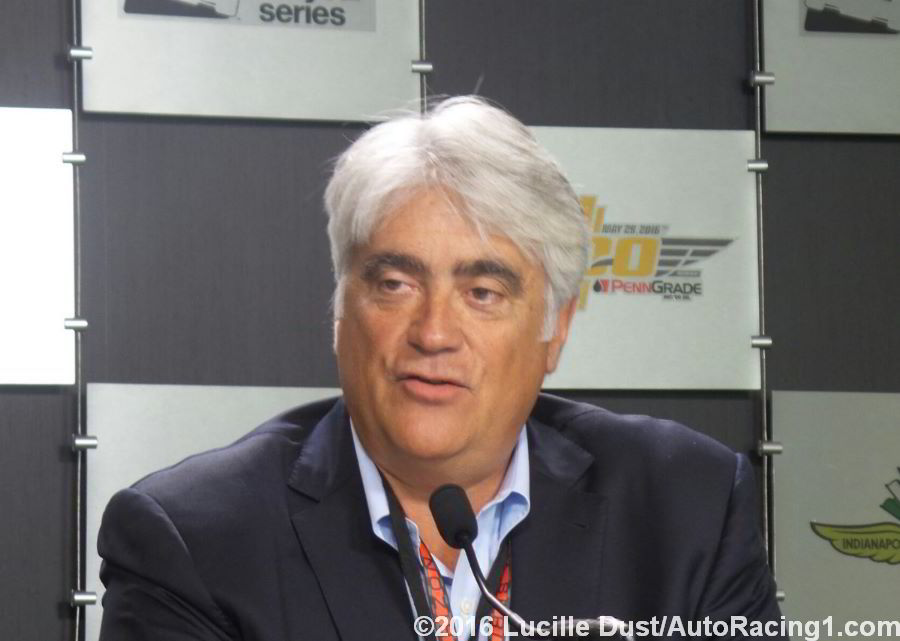 IndyCar head Mark Miles said Hulman and Co., which owns Indianapolis Motor Speedway and the open wheel series are not currently considering a return of the Indianapolis 500 to the traditional 11:00am start time to facilitate drivers competing "The Double," in conjunction with the NASCAR Coca-Cole 600.

The topic flares sporadically, but found a fresh news cycle recently when Team Penske president Tim Cindric told Motorsport.com that he believed more drivers would attempt the historic feat with more time between the Indianapolis start and the early evening NASCAR start in Charlotte.

Just four drivers have attempted it, most recently NASCAR driver Kurt Busch, who finished sixth in the 500 for Andretti Autosport in 2014. The endeavor is currently still possible with proper logistical effort including private helicopter travel to speed arrival to Charlotte Motor Speedway. "We aren't revisiting whether the Indianapolis 500 is going to move into the morning," Miles told USA TODAY Sports.

"We are always open to see what can be done to help make it easier for somebody who could do it now with a 12 o'clock start, to do as it's scheduled now, helicopters out, expediting, if they win, that sort of thing. But we're not thinking about revisiting the time for the 500." Indianapolis Star