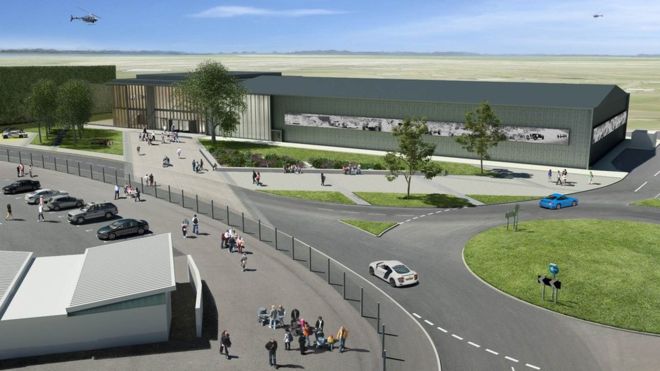 A $25.2M museum dedicated to motorsport is "to open at the British home of Formula 1 with nearly half the money coming from a lottery grant," according to the BBC.

Top names from the sport including Stirling Moss and Nico Rosberg have "welcomed the announcement of the museum for Silverstone."

It will display "dozens" of F1 and other racing cars and bikes along with personal items from "famous" drivers. The center is "due to open" in '19 after the $11.5M Heritage Lottery Fund grant. The Silverstone Heritage Experience will be housed in the only remaining World War Two hangar on the former aerodrome site and is "expected to attract about 500,000 visitors a year."

Moss, who as an 18-year-old raced at the first British Grand Prix at Silverstone in '48, said the museum was "important" to the sport's history. The museum will offer circuit tours, while "the latest technology" will chart the stories of drivers and people who have "had ties to the site back to medieval times." BBC