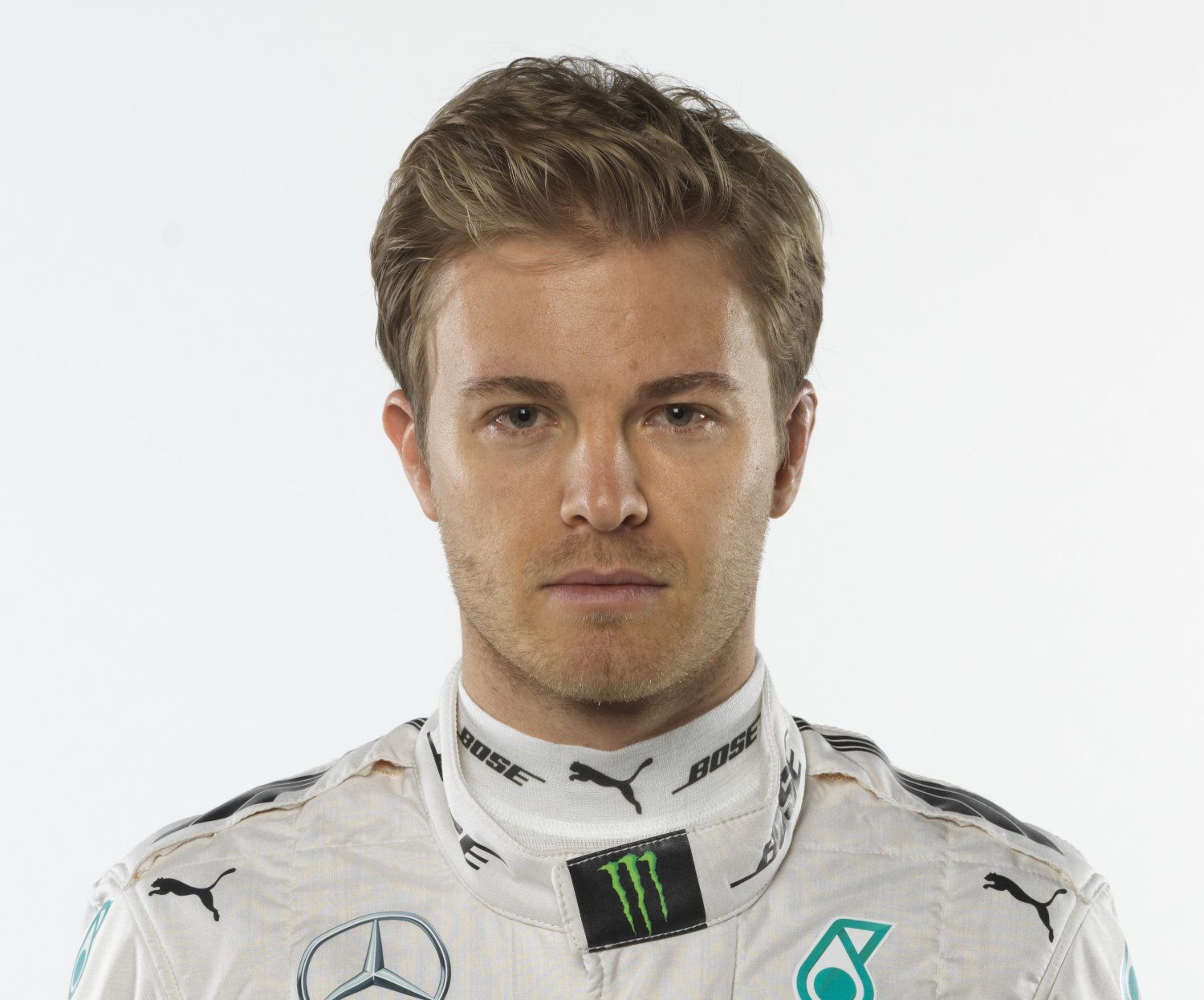 Berger can imagine Rosberg comeback
(GMM) The newly retired Nico Rosberg could decide to return to formula one in the future.

That is the view of Gerhard Berger, a former F1 driver who is close to the Rosberg family.

Earlier this year, Austrian Berger negotiated a new two-year contract for Rosberg, but the German has decided to call it a day after winning the 2016 title.

Berger told Austrian broadcaster Servus TV: "It may be that in two or three years he could say to himself 'I do not want to sit at home anymore'. I could imagine him getting bored."

He said a couple of recent examples are Kimi Raikkonen and Michael Schumacher, who initially retired but then returned to the sport.

"The chance is there, especially when he leaves so young and at his peak. No matter what business he gets into, nothing compares with the feeling of driving these cars and standing on the podium as a winner.

"Even if Nico says today that it does not matter to him, I can imagine him getting bored in a few years," Berger added.

"It will be particularly difficult for Nico because of his age. If you're at the age where you can no longer do what you used to do before, it's different."

On the other hand, he said it is a sign of Rosberg's psychological strength that he called it a day as champion.

"It is a sign of a very strong personality when you have a contract like that for two years with a top car. If you need a breather, he could have had a quieter season, attacked again a year later and taken the money with him," said Berger.

Wolff not ready to drop Hamilton tactics issue yet
(GMM) Mercedes is yet to close the chapter on Lewis Hamilton's controversial driving in the closing stages of the Abu Dhabi title finale.

With boss Toto Wolff said to be considering sanctions for the Briton, team chairman Niki Lauda claimed this week that management have in fact "drawn a line under it".

"We have no problem about how he raced in Abu Dhabi," said the F1 legend, referring to how Hamilton ignored team instructions and backed teammate Nico Rosberg into chasing rivals' cars.

Team boss Wolff, however, is in fact not quite ready to draw a line under the episode.

"This is still a subject that we have to discuss internally," he told the German news agency DPA.

"But after the events of recent days, the issue does not have the same priority," Wolff admitted, referring to Rosberg's shock decision to quit the team and F1.

"One thing, though, is certain: next year we want to advance our values, our racing philosophy, and from this point of view we have a lot to learn from what happened in Abu Dhabi," he said.

"In the next few weeks, we'll put our heads together to have a good starting point and, above all, a clear situation for both drivers," added Wolff.

Nasr prepared to wait for Sauber cockpit
(GMM) Felipe Nasr has indicated he has the patience to wait for clarity regarding his future in F1.

Until mere days ago, the Brazilian looked set to lose his place at Sauber for 2017 to the Mercedes-backed Pascal Wehrlein.

But German Wehrlein, 22, is now the frontrunner to replace the suddenly-retired world champion Nico Rosberg at Mercedes.

"I had good talks with Sauber in the past few weeks," Mercedes team boss Toto Wolff told DPA news agency this week, referring to Wehrlein, "but now it's on hold."

And so Nasr, who has lost the bulk of his Banco do Brasil sponsorship, is vowing to wait, telling Brazil's UOL Esporte that he can theoretically "delay until February".

The FIA released a provisional 2017 entry list on Tuesday, showing one vacancy at Sauber and two at Manor.

Wolff wanted midfield team for Wehrlein in 2017
(GMM) Toto Wolff says it would be better if Pascal Wehrlein got another "year or two" to develop at a midfield team before stepping up at Mercedes.

The German camp is currently weighing up its options in the wake of world champion Nico Rosberg's shock decision to quit the team and F1.

In a perfect world, a top driver like Fernando Alonso or Sebastian Vettel would get the job as Lewis Hamilton's new teammate.

But he also told the German news agency DPA: "We respect the contracts that the drivers have with other teams.

"We would not want our drivers to just jump when the next opportunity comes along. For that situation the contracts are there, and we respect that," said Wolff.

However, a more realistic scenario is that Valtteri Bottas – who is managed by Wolff – is bought out of his Williams contract, possibly in exchange for a discounted engine bill for the British team or the loan of a driver like Wehrlein.

Wolff admitted: "Of course it is possible to find an amicable solution with another team and another driver where there is an agreement on both sides.

But perhaps even more likely is that Mercedes will simply promote Wehrlein, even though Wolff said it would be a slightly early call for the 2016 Manor rookie.

"If I had my Christmas wish, it would be for a year or two in a midfield team for him," he said.

Lauda, an F1 legend and Mercedes team chairman, sounded angry that Rosberg's late call has left the reigning world champions needing to replace him for 2017 at the eleventh hour.

Wolff told DPA news agency: "Niki is a very rationally thinking person and does not relate to these emotional decisions.

"There is no heart issue in his world of thinking, and too many rational reasons against giving up the best car just as he (Rosberg) becomes world champion," he added.

Another F1 legend Gerhard Berger, however, said he cannot understand why Lauda would react angrily to Rosberg's call.

"Not at all," he told Austrian broadcaster Servus TV when asked if he knows why Lauda is angry.

"I said to Niki 'You were even worse! You left in the middle of a season after practice because you didn't want to drive in circles anymore!'

"On the other hand I understand some displeasure," added Berger.

"If you run a racing team and have a driver of Nico's caliber in place for the future, all the other pieces of this giant puzzle in the right places and then you lose a big piece like that, it's a huge loss," he explained.

"Of course you are annoyed in the first moment, but they will recover," said Berger, who earlier this year negotiated a new two-year contract for Rosberg.

Gasly was tipped to join Carlos Sainz Jr. at Toro Rosso next season, but Red Bull decided to keep Daniil Kvyat onboard, following his early-season demotion from the senior outfit.

"Gasly's done a great job this year, it's good to see him win GP2," said Horner.

"He's done important work in testing and development for us this year.

"There isn't a seat available for him in Formula 1 at the moment but he's the most senior member of the junior team and obviously is being retained by us as we rate him extremely highly.

"Whatever the future holds for him, Formula 1 can still be a part of it."

Gasly has been linked with a drive in the Japan-based Super Formula series for the 2017 season, a path taken by Stoffel Vandoorne as he waited for an opportunity at McLaren-Honda.

Red Bull/Aston Martin tie-up to continue
Red Bull has announced that its collaboration with British luxury sportscar manufacturer Aston Martin, centered on the design of a hypercar, will continue into the 2017 season.

Red Bull and Aston Martin teamed up ahead of this year's Australian Grand Prix, which led to the AM-RB 001 project, and the car brand's wings logo appearing on the RB12.

All 150 road-going cars are sold, with deliveries set to begin in early 2019.

"The extraordinary success of the AM RB-001 is testament to the expert and collaborative spirit in which it was forged, and extending our relationship with Aston Martin through 2017 was a simple and pleasing decision," said Red Bull Team Principal Christian Horner after the announcement.