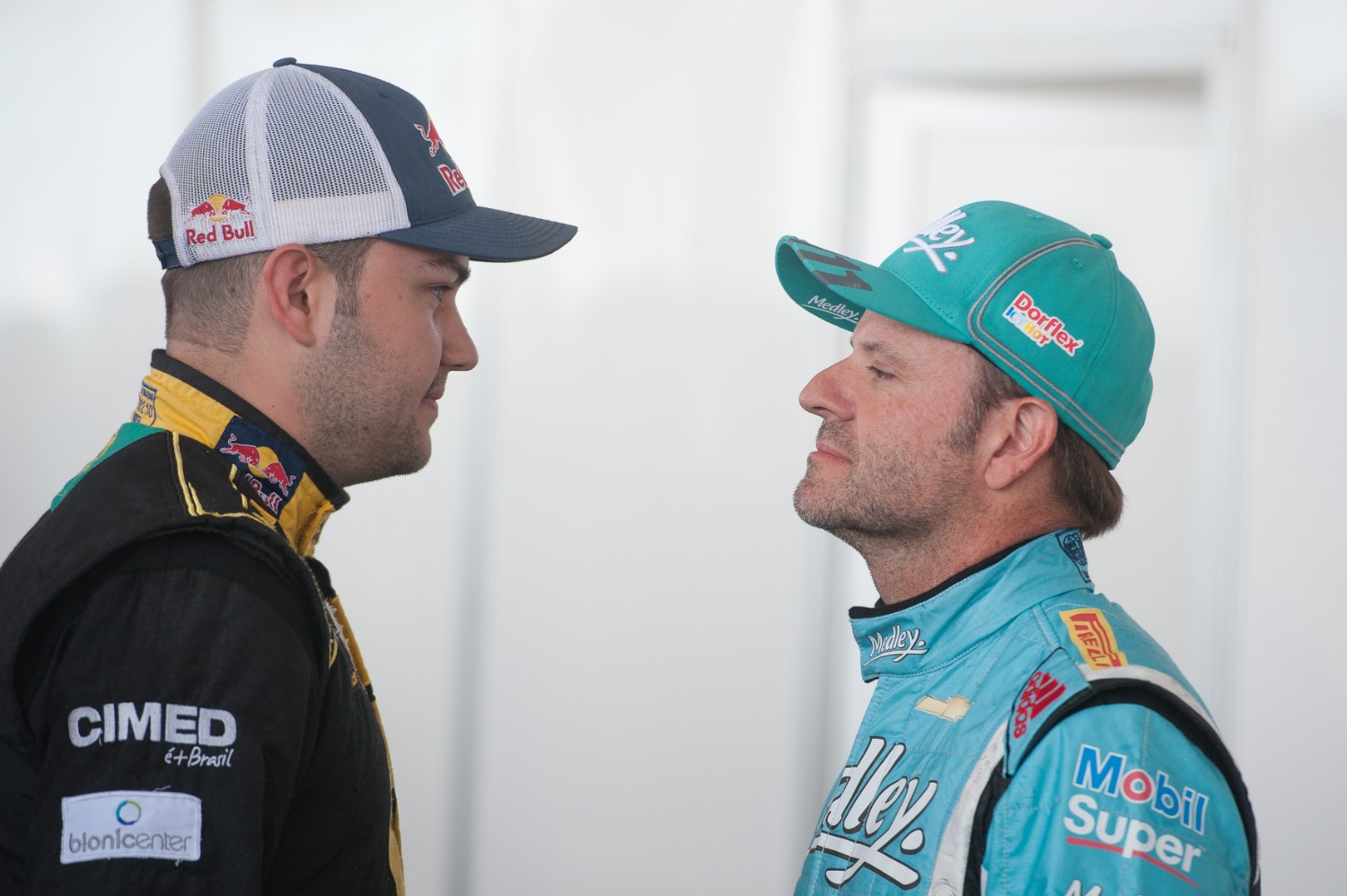 Interlagos hosts the Brazilian V8 Stock Car finals this Sunday in Sao Paulo. The 12th and final round of the 2016 season brings attention to the battle of youth against experience. Felipe Fraga, a 21-year old racer, chases his first Stock Car title racing for the Cimed Team; on the other corner is a driver with twice his age and lots of experience: Rubens Barrichello.

Fraga, who was born when Rubens was already in Formula One, leads the standings after a great season. There were five victories and 282 points to his belt; Barrichello is 37 behind with 245 and is the only driver who could still beat Felipe to the crown.

Math is on Fraga's side, though. Even if Barrichello wins the 40-minute race, the Cimed racer can be only 12th to clinch his first title. The final race has a different points system – the double from the regular races: the winner takes 60 points, the second 50, the third 44, and so on until the 20th.

The Medley-Full Time racer will have to keep an eye on the track and the other on the mirror in order to try his second Stock Car title – for that to happen, he sustains some possible combinations: if he wins, Fraga has to be 13th or lower; if Rubens grabs second place, Fraga could only be 18th or lower; being third, so his opponent could not reach anything higher than a 19th place finish; in fourth, Felipe has to be 20th; and finishing fifth, Barrichello has to hope for Fraga not to finish the race or closed it outside the points.

A difficult mission against a fast and young driver who is delivering the best results possible for his team, beating his teammate and reigning champion Marcos Gomes. Qualifying is on Saturday at noon; race is on Sunday at 10:10 am (local time), broadcast live by Globo TV.