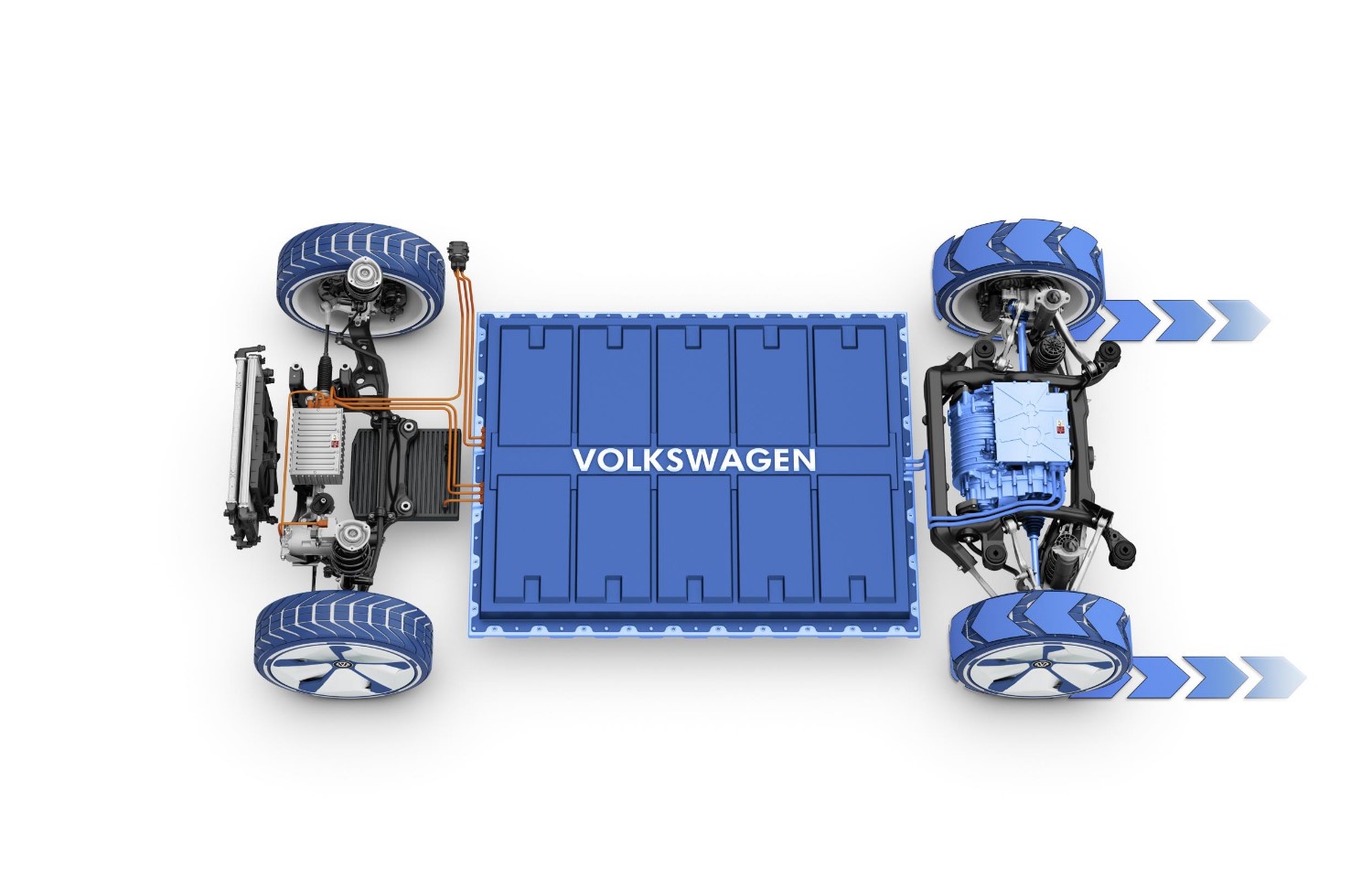 At a Volkswagen event in South Africa, the automaker spilled a few details regarding its next-gen EVs and other technologies. Here's what we learned.

Volkswagen has set a goal of selling 1 million electric vehicles per year by 2025, which won't be trivial and will require these cars to be only-car useful to a wider swath of global citizens than the average EV is today. Toward that end VW is working with multiple battery partners, although Volkmar Tanneberger, head of development electrics/electronics, named Panasonic, Samsung, and LG Chem as key partners. He noted that the Koreans are winning the price war. VW is developing a cell-module architecture in which 12 cells typically form a module, and those cells can be pouch, prismatic, or cylindrical.

Tanneberger's group has looked into combining energy-optimized cells with power-optimized cells in the same pack, but he says it is very difficult to balance such a battery pack when recharging. In applications where such a combination might seem attractive, ultracapacitors are a better fit for the power absorption/delivery side of the pack. One bright future technology his team is still following is solid-state batteries with no liquid electrolyte. VW bought a stake in QuantumScape to pursue this concept, but Tanneberger reckons they're probably a decade away from use in cars. Expect to see them in phones and power tools first.

I asked Stefan Gies, VW's head of chassis development, what if any hard chassis parts might be shared between the new dedicated electric-vehicle MEB architecture and the size-analogous MQB A and B platforms. “Not much," was the short answer. Certain modules such as steering racks and so forth can be shared, but the important stuff such as frame rails and crash structure all need to be unique to allow for the low, wide battery placement in the floor and the lack of a bulky combustion powertrain in the crush zone, which affords the opportunity for dramatically shorter overhangs than in more mainstream MQB vehicles. Gies was also bearish on the prospects for in-wheel electric motors. Although they free up valuable packaging space, they're still expensive, difficult to harden against such a hostile environment, and tricky to package brakes with. Frank Markus/Motor Trend