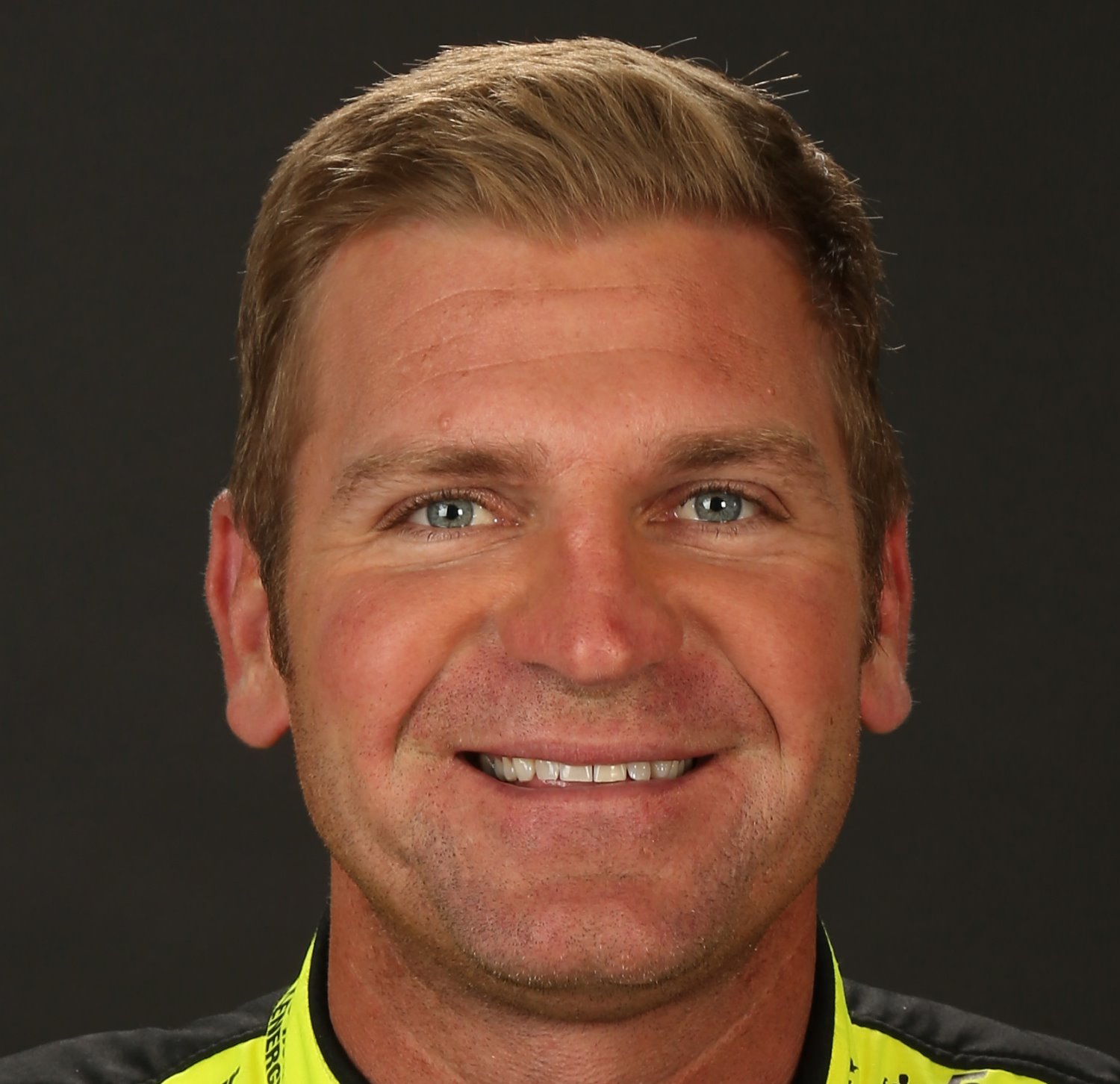 UPDATE After months of speculation, Harry Scott, owner of HScott Motorsports officially announced on Monday that the team would not compete during the 2017 NASCAR season.

In a deal finalized last week, the No. 15 charter used for Clint Bowyer, which was owned by HScott Motorsports, has been sold to Premium Motorsports. The charter that was leased for the No. 46 car and Michael Annett was sold by Premium Motorsport to Furniture Row Racing for the No. 77 car that will be driven by Erik Jones next season.

Bowyer will be moving to the No. 14 Ford and Stewart–Haas Racing this upcoming season while Annett will drive the No. 5 Chevrolet for JR Motorsports in the XFINITY Series.

Scott released a statement regarding the decision not to field a team next season.

"One thing I learned about NASCAR is that it is a 'people business.' I will forever be grateful to the men and women who worked tirelessly to make HScott Racing successful. This includes our dedicated employees, sponsors and partners. We were fortunate to have the support of world-class sponsors like Brandt, DC Solar, Fraternal Order of Eagles, Pilot Flying J, and 5 hour ENERGY. Our racing program would not have been possible without the assistance of Rick Hendrick, Hendrick Motorsports, and Chevrolet.

"I love this sport and being part of it. I invested in NASCAR because I truly believe it represents the best racing competition in the world and the best people in all sports."

"Looking back, I will always be especially proud of the unprecedented success of our NASCAR K&N Series teams, including four consecutive championships and for the lifelong friendships that were forged over the last seven years. My hope is that we were able to develop drivers that will thrive at the highest levels for years to come."

12/01/16 In a joint press release from both the driver and team, they confirmed that the suit has been settled, which exceeded two million dollars when it was filed.

The release read as follows: Harry Scott, Jr., owner of HScott Motorsports, and Clint Bowyer and his company Clint Bowyer Racing (“CBR"), jointly announced today they have settled the recent lawsuit filed by CBR. Mr. Scott provided additional information to Mr. Bowyer, of which he was not aware, which satisfied him that the claims asserted against Mr. Scott should be dismissed. CBR and HScott Motorsports then reached a mutual and amicable confidential settlement as to the claims for the debt owed to CBR.

The two parties also commented on the settlement with Scott saying, "I am glad our race team and Clint Bowyer Racing were able to reach a quick resolution. I wish Clint the best of luck in his career moving forward."

Bowyer gave a similar statement, saying, “ I want to thank all the team members for their hard work all season. I'm looking forward to the 2017 season and beyond and wish Harry Scott all the best in the future."

The 37-year-old is heading to Stewart-Haas Racing, taking over the No. 14 Chevrolet from Tony Stewart.

11/28/16 One day after finishing a frustrating season with HScott Motorsports, Clint Bowyer sued the team for at least $2.223 million, alleging it missed two monthly payments and a commission for bringing sponsorship to the team. Bowyer, through his business arm Clint Bowyer Racing Inc., filed the lawsuit for breach of contract and fraud Nov. 21 against team owner Harry Scott and HScott Motorsports in North Carolina Superior Court.

Bowyer alleges in the lawsuit that Scott, who is expected to shut down the Cup team, is using money owed to him to pay other creditors and "repeatedly failed to make the scheduled payments" owed on the 20th of each month. "[Scott and the team] are in financial distress and in negotiations with various creditors to settle substantial debts … all the while [they] refuse to pay [Bowyer] for services performed," the complaint states.

In the lawsuit, Bowyer alleges that Scott has not paid money owed to him Oct. 20 and Nov. 20 for a total of $1.2 million and that he is also owed at least $1 million from sponsorship of at least five companies — 5-Hour Energy, Maxwell House, Peak, Visine and AAA Insurance — that Bowyer claims he brought to the team. "We are aware of the lawsuit," HScott Motorsports spokesman Ramsey Poston said.

"Obviously we won't speak about the details of the suit, but I can say that overall it is frivolous and capricious. Bowyer obtained an order of attachment, which requires Scott to hold on to at least $2.223 million in property while the lawsuit makes its way through court. ESPN.com