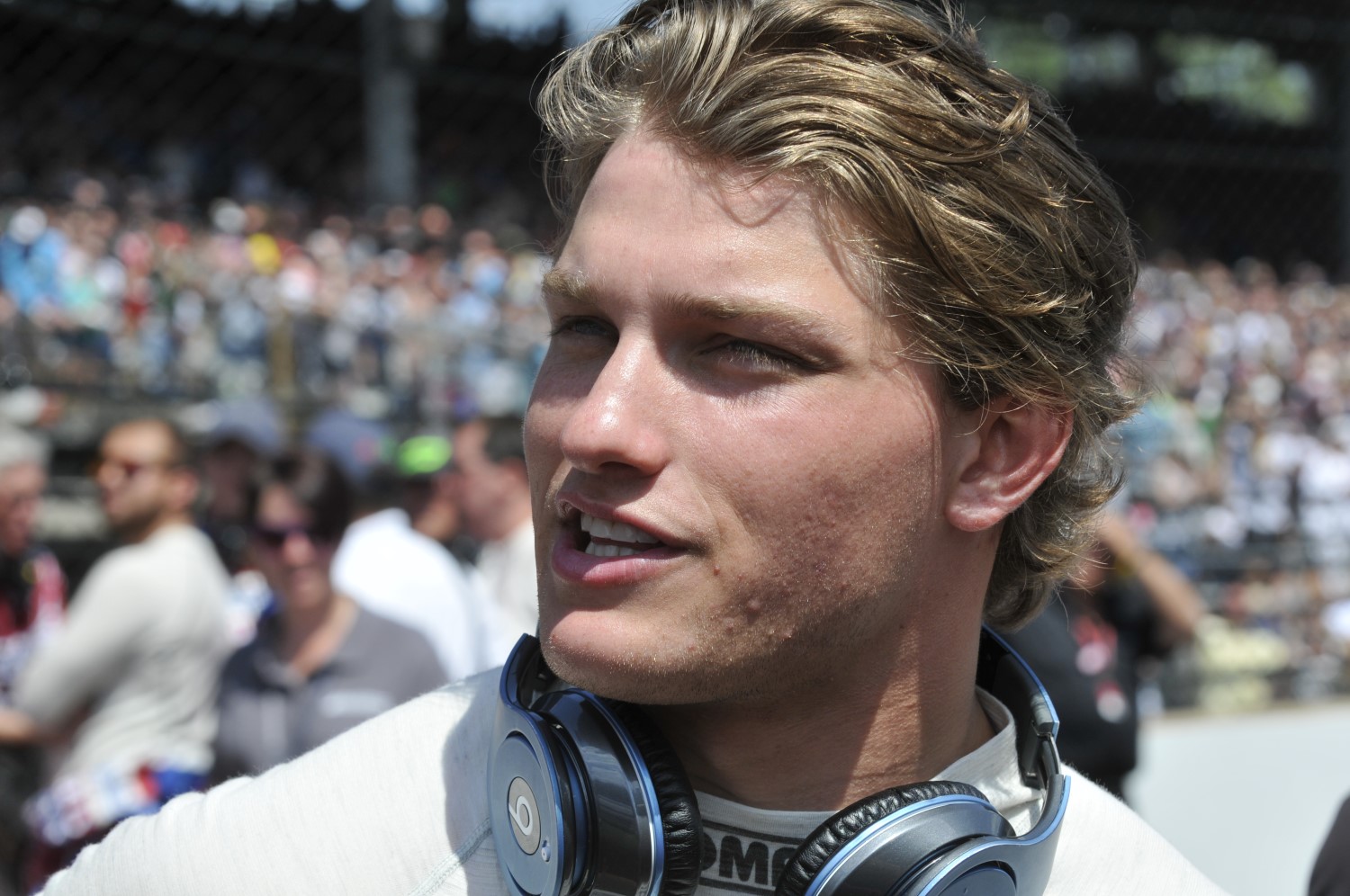 Karam, 21, drove the No. 24 Dreyer & Reinbold-Kingdom Racing Gas Monkey Energy Chevrolet in the 100th Indianapolis 500 and the "Fast N' Loud" film crew followed Sage and his racing crew throughout the race weekend with the show's star, Richard Rawlings, and other Gas Monkey Garage personnel.

Rawlings, principal in the Gas Monkey Garage car restoration and other brands, brought his Gas Monkey contingent to the Indianapolis Motor Speedway for the first time and witnesses the preparation put in by the DRR-Kingdom Racing team for the "World's Biggest Auto Race," which celebrated its 100th edition. In addition, "Fast N' Loud" crew follow Rawlings in the pits during the Indy 500 and in the famed "Gasoline Alley" garage area during the "Greatest Spectacle in Racing."

Karam, who started his third Indy 500 this past May, wheeled his green, white and black IndyCar Series machine from the 23rd starting position to fourth on lap 93 before being hit by another car and making contact the turn two wall. Karam was not injured in the mishap but was extremely disappointed after his sensational charge to the front of the 33-driver field.

"Fast N' Loud", established in 2012, is a reality-styled television show featuring Rawlings, Aaron Kaufman and others from the Dallas-based Gas Monkey Garage. The Gas Monkey Garage employees search for run-down cars and motorcycles to restore the vehicles for resale to antique and hot rod buyers.

Thursday night's two-hour special is one of the highly-promoted shows by the Discovery Channel and is produced by Pilgrim Studios in North Hollywood, Calif.

In addition to the Indy 500 segments with Karam and his DRR-Kingdom Racing crew at the Indy 500, the Gas Monkey Garage staff also enter behind the scenes of the famed "Hot Wheels" manufacturing plant at the Mattel headquarters in Southern California.