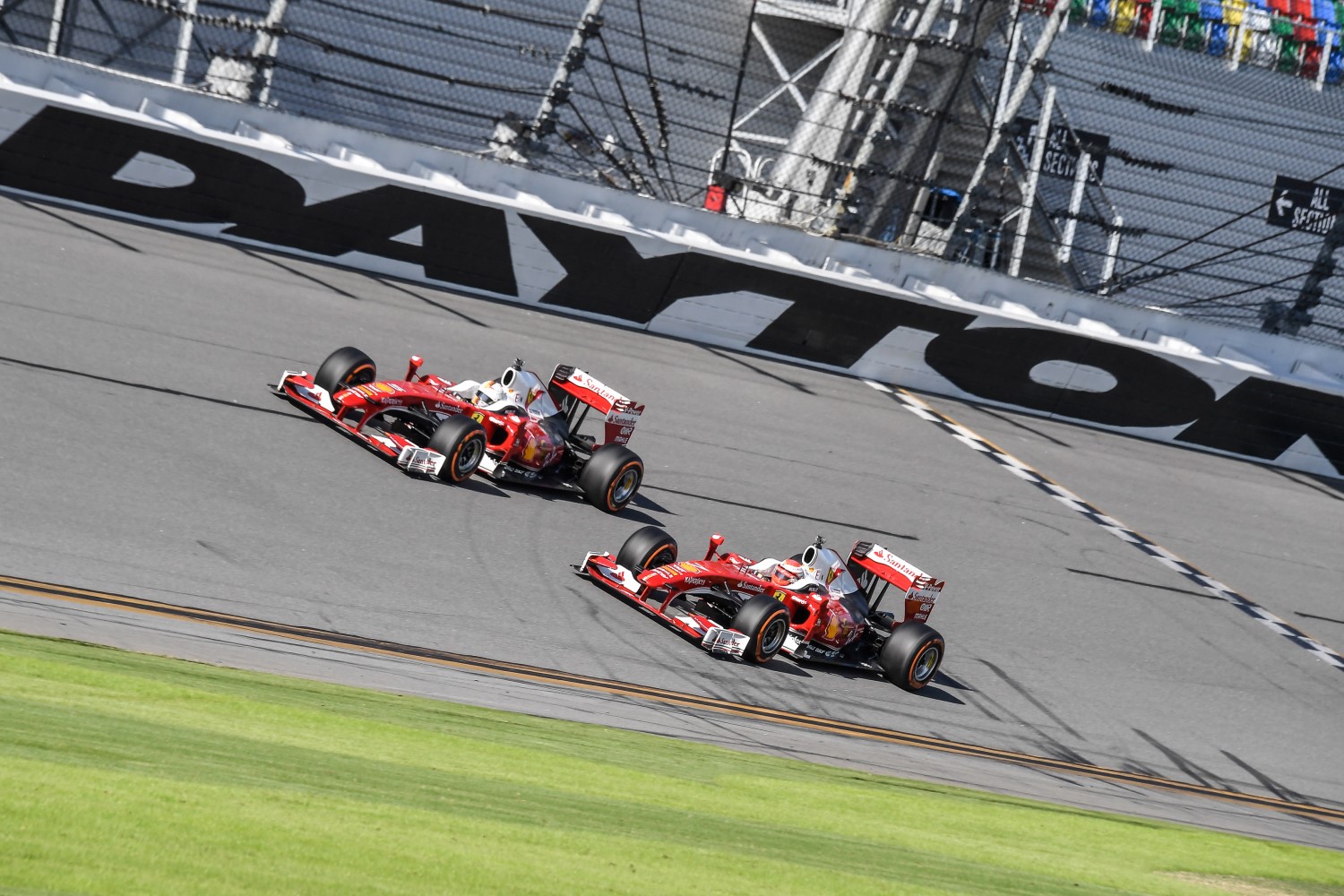 The first edition of the Finali Mondiali ever organized in the United States ended with the exhibition of the Scuderia Ferrari drivers, Kimi Raikkonen and Sebastian Vettel. The Daytona track provided a perfect setting and the almost 140 Ferraris that took to the track on the final day made for a unique atmosphere at the legendary Florida circuit.

Success for the auction. Celebrations had begun on Saturday evening, when the biggest parade of Ferraris ever seen on an American track took center stage, with more than 800 cars driven by their owners. This spectacular moment followed the dinner where CEO Sergio Marchionne, after greeting clients and enthusiasts, invited those in attendance to the charity auction for a unique LaFerrari. The car was sold for the record amount of 7 million U.S. Dollars that will be used for a reconstruction project in the area of central Italy that was struck by the earthquake. “This result reveals the generosity of our clients", commented Sergio Marchionne.

The importance of USA. Speaking at the end of the press conference of the two Formula 1 drivers, Chairman Marchionne expressed his satisfaction with the Daytona event: “It is no coincidence that the Finali Mondiali were celebrated in the United States. The U.S. is the single largest market for Ferrari vehicles. It’s about time we came here and celebrated with our American customers and fans. This is a phenomenal set-up at Daytona, a great track. I think we need to find a way to make our presence more permanent here." Meeting with the journalists, Sergio Marchionne also spoke about Formula 1, analyzing the team’s situation: “I think the change in August represents the beginning of the refounding of our sport management. We need to give the guys time: they are working very well and we will see what they bring us, but I believe this is the solution. I have utmost faith in Mattia Binotto, for what he has been able to do in his career with Ferrari and what he is doing now managing the technicians.

Remembering 1967. After the meeting with the journalists, Kimi and Sebastian provided a show behind the wheel of the two F60s, demonstrating blinding starts, lightning fast pit stops along with the Scuderia mechanics and of course the traditional burnouts. Before returning to pit lane, the two drove side by side over the finish line in a tribute to the famous parade finish of the three Ferraris at the 1967 24 Hours. The show opened up with a tribute to the Prancing Horse’s other achievement at Daytona in 1998 when the F333 SP was the first to cross the finish line. Seven of these cars paraded on the track to the excitement of the American fans who saw them win so many races in the mid-nineties. Then it was the GT drivers’ turn at the wheel of the 488 and 458 Italia machines in which Christina Nielsen also lapped, newly crowned winner of the IMSA championship in the GT-D class with the 488 GT3.

The Challenge. The three Ferrari single-brand world championship titles had already been awarded respectively to Carlos Kauffmann, of team Ferrari of Ft. Lauderdale in the Pirelli Trophy, Sam Smeeth (Stratstone Ferrari) in the Pirelli Pro Trophy and Thomas Loefflad in the Shell Cup (StileF Squadra Corse). The F1 Clienti and Programmi XX clients were also back on the track for the final sessions, once again giving the fans the thrill of seeing in action so many of the single-seaters that have characterized recent years in F1, as well as the powerful FXX K machines, boasting more than one thousand horses and a very sophisticated hybrid technology derived from Formula 1. In 2017, the World Finals will return to Italy at Mugello, but the drivers, enthusiasts and fans will long remember the first American edition of the event organized on the legendary circuit of Daytona.