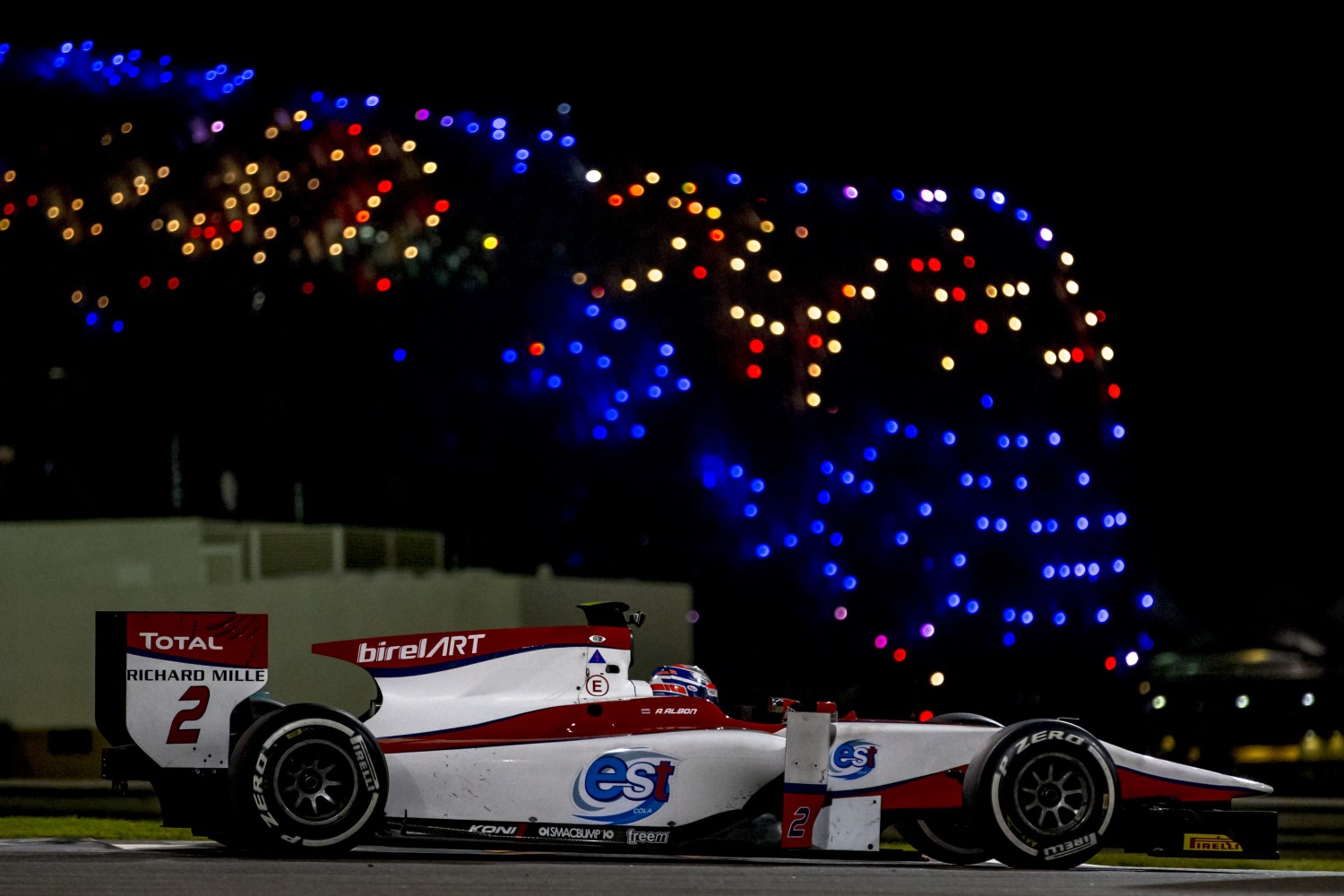 Alexander Albon topped the second day of post-season testing at Yas Marina: at the wheel of an ART Grand Prix car, the Thai clocked in a laptime of 1:49.062. Raffaele Marciello and Charles Leclerc completed the top three.

Day 2 of post-season testing opened at 11.45 local time (GMT+4) with the twenty-two drivers on Pirelli Medium tires. Some new faces joined the field with Callum Ilott (ART Grand Prix), Daniel Juncadella (Pertamina Campos Racing), Chris Hoher (RUSSIAN TIME) and Nyck de Vries (Rapax) whilst other drivers switched teams. When the session turned green, it was quickly interrupted by a red flag period as the car of Antonio Fuoco stopped on the straight. At the restart, it was Oliver Rowland who set the early pace in a 1:49.878 but Marciello continued his top form from yesterday and went P1 with a laptime 0.016s better than the Briton.

The evening session opened as the sun set down with King setting the early pace in a 1:49.978 but Cecotto improved on the Briton's time by 0.076s to top the timesheets. Thirty minutes into the session, it was PREMA's Leclerc who clocked in a time of a 1:49.288 to go P1 ahead of Marciello. With one hour left on the clock, King retook the top spot with a laptime of a 1:49.152. In the closing stages, Albon lapped the track in a 1:49.062 – the fastest laptime of the past two days.

The proceedings were briefly halted as Mahaveer Raghunathan stopped on track at Turn 7. After the track went live, the red flags were out again quickly after Antonio Fuoco ran off track at Turn 20. At the checkered flag, Albon remained unchallenged ahead of Marciello and his former GP3 teammate Leclerc. King, Cecotto, Deletraz, Rowland, Nicholas Latifi, Fuoco and De Vries rounded up the top ten.