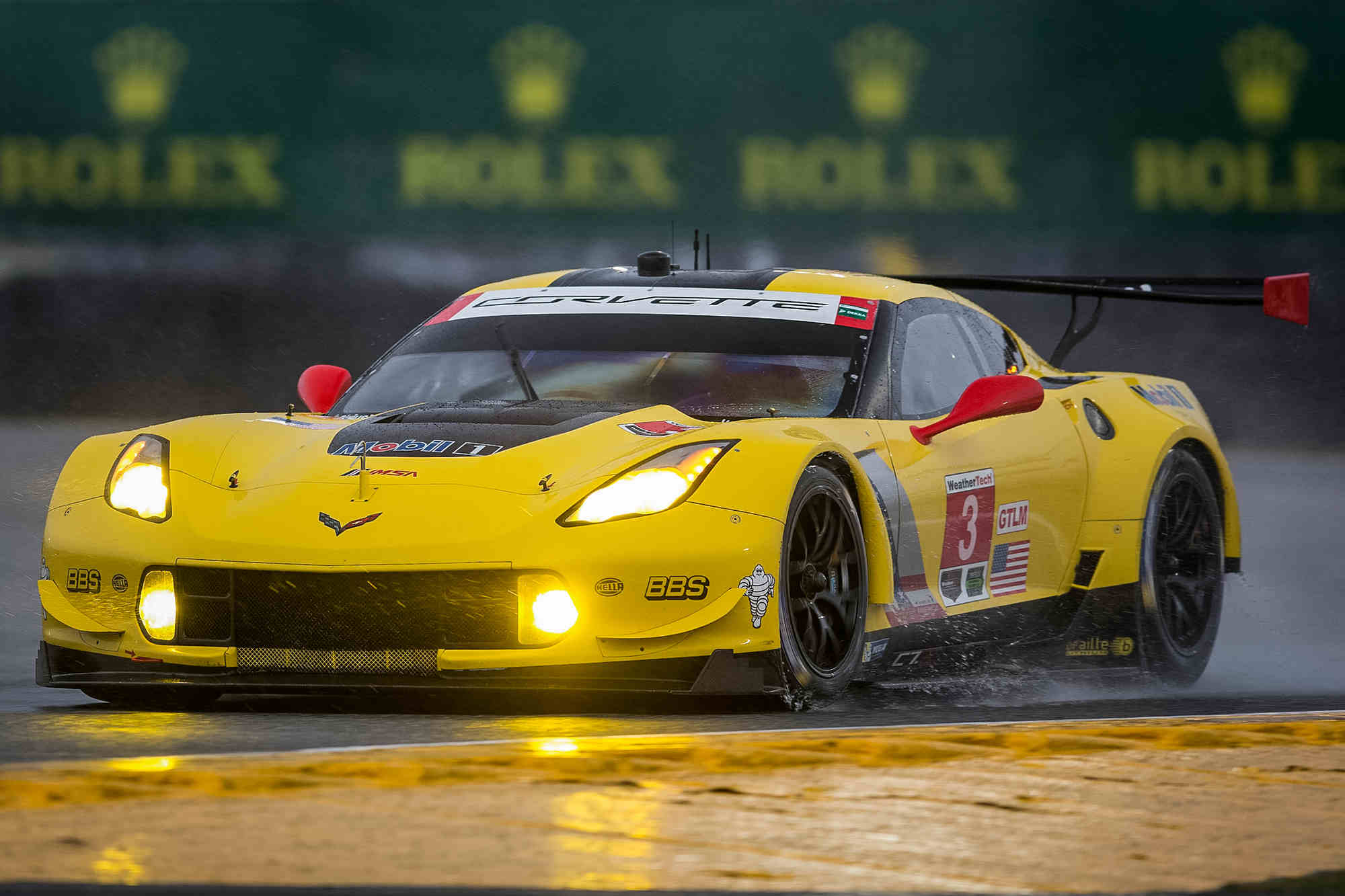 Winning a title in the IMSA WeatherTech SportsCar Championship takes the utmost level of skill and teamwork… both behind the wheel and behind the wall. Chuck Houghton and Brian Hoye – lead engineer and car chief, respectively, on Corvette Racing's No. 4 Mobil 1/SiriusXM Chevrolet Corvette C7.R – were key pieces to the team's title-winning season, along with their fellow engineers and crew members. The two discuss their thoughts on a season that brought four victories and the GT Le Mans Driver's, Manufacturer's and Team championships in 2016.

What was the lasting moment of the 2016 season?

Chuck Houghton: "It's 50-50. The start of the season for me was pretty incredible. Before getting spun around from the lead at Long Beach, it was looking like we were going to have three wins to start the season, which doesn't happen very often. You're looking at a 24-hour race, a 12-hour race and then a 100-minute race. So how the season started kind of breathed new life into the No. 4 team. We had struggled to produce in the U.S. for a couple of years. So it was good to start the season with those wins and get back to how it should be.

"Definitely the Elkhart Lake race was one that I don't think anyone will forget. It was and still is pretty unbelievable."

Brian Hoye: "By far for me, the biggest one was the win at Road America. To go from fifth to first in two laps at a place where it's hard to pass is amazing. Obviously we were leading the points at that time and there was a ton of pressure to do better than fifth-place, but that's what it seemed like we had for most of the day. We had a couple of late adjustments and some fortunate things happen in front of us. It's still hard to believe it turned out that way."

Do you still go back and watch it?

CH: "Well, it's not the first thing I do when I get to the office every morning! But occasionally you'll see it pop up on Facebook or wherever. If I see a link to it, I'll usually click on it and watch the end again."

BH: "I saw it on TV the other day and I didn't think we were going to win! So many of us have been doing this for so long that our jobs are second-nature; you don't really realize your accomplishments until you sit down away from the racetrack when things are quiet. Then it really sinks in."

What made the difference on the No. 4 Corvette side this year compared to past seasons?

CH: "I think it's more cyclical than anything. When I started with the team, both cars were kind of struggling. In 2010 we only won one race. The 2011 season was decent and 2012 was pretty good. The No. 3 car had some good races in those years but struggled for results. From 2013-15, they were pretty good while we were off for the most part. So these things just cycle up and down. I don't know if there is any explanation for it. But all the little changes and everything that happens within the team and the group of people makes a difference. People always asked when we weren't getting results what was wrong. You can't necessarily put your finger on it. Sometimes these things just happen."

BH: "I think it was a combination of a few things. We had some good seasons – we were good in 2011, won the championship in 2012 and were leading in 2013 with three races to go. Then for 2014 we switched to the Corvette C7.R, which was a great car. But it didn't really seem like we had a handle on it for the first couple years. There were some changes in the series with the ALMS/GRAND-AM merger, different pit stop procedures and other rules changes. For whatever reason we struggled for awhile and weren't performing that well, especially compared to our teammates. But we rolled with it and stayed together. With the new areo package for 2016, two new chassis and the years of being together on our team, it really seemed to balance things out for us."

At what point in the season did it become apparent that this could be a special season?

CH: "For me, it was Long Beach. That seems early to say that things are going to go well, but typically when you have a chance to win three times in a year that's a pretty decent season. There were a lot of races left and the chances of winning a championship weren't super-high with the way the points work. But early on, I was definitely thinking we could challenge.

"The first time I really thought the championship was for sure in our grasp was after COTA. We had had a pretty good run at VIR up until the end. After that, things weren't looking great. The 67 guys were rolling along and getting some decent points. What they had done midseason put them in a good position. But after COTA, I knew that put us in a good position."

BH: "I felt good after Daytona. But you never really know how things are going to go. At Sebring a couple of things fell our way. In the last hour our car stayed the same – or it was maybe a tick better – but everyone else had gotten worse. Whatever tire pressure adjustment or swaybar adjustment Chuck had done helped the car to be able to do the same lap times in the dark while everyone fell off.

"At Laguna Seca, we had an OK racecar but got a penalty when the rear tires spun a little bit with the car up on the jacks. (Oliver) Gavin came around to me and everyone to say not to worry about it. He knew we had a good car and would have a shot at the title. I think it made us all realize it, too. No one pointed fingers. We all had to do our same jobs whether we had the car to beat or were off the pace.

How did the new regulations for 2016 help from an engineering and strategy standpoint?
CH: "We have a really strong engineering group at Corvette Racing and Chevy. So when there are changes like had with aero to the car, we can get on top of those pretty quickly. The processes that we have in place are pretty good for figuring out how to use the different downforce or drag levels to get the best out of the car and exploit advantages how we can."

BH: "That's part of the group having so much experience. We have so many guys that can move easily from one job to the other and can lend perspective in a lot of areas. That's the kind of team we have, and it says something about a team being together for a number of years."

CH: "Within the team, there is a pretty high confidence level going into next year. We have two Corvettes that at every race should be competitive and fighting for wins. I was thinking the other day about how a lot of us on the engineering group and the team had done Daytona limited success before the last couple of years. Now we've won it and Sebring back-to-back. It would be great to do that again and it's something everyone here is thinking about. With the way both cars had success this season, it gives everyone a boost of confidence going into next year."

BH: "To repeat what happened and be better than last year is expected. There's momentum and confidence, but we've all been around enough to know that all can go away with one race. We're pushing and we're digging as hard as if we didn't win anything last season. We need to go to Daytona and win. That's everyone's mindset. We're in here doing pitstop practices, working out and getting more physical. We've found areas where we can improve. Even after having won Daytona in one of the most incredible finishes anyone can remember, we can go into that race better prepared and do a better job than what we did last year. That's the level of expectations that everyone at Corvette Racing and Chevrolet. There's a lot invested by a lot of people in this program, and no one wants to let anyone else down."