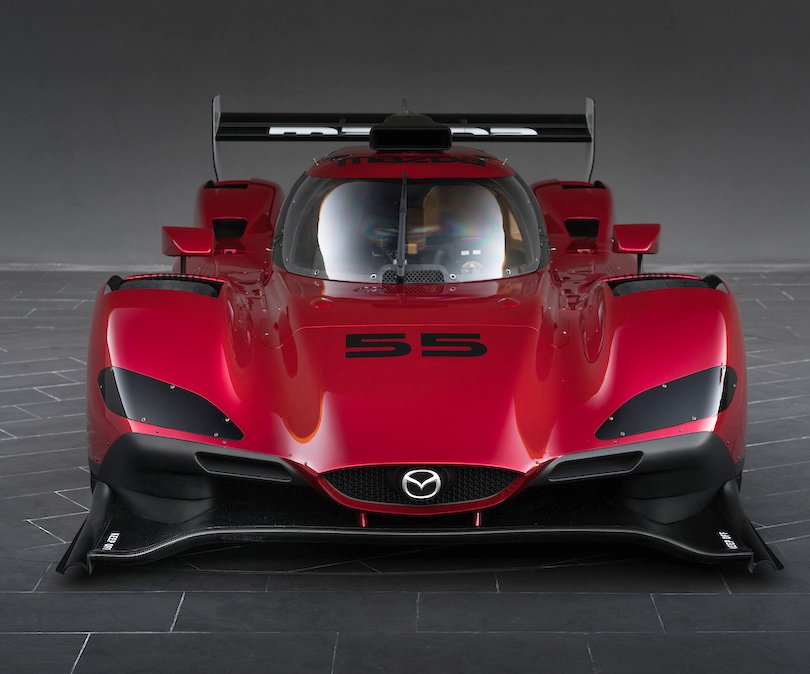 Mazda Motorsports Director John Doonan says the initial feedback from testing with the new Mazda RT24-P DPi car has been "overwhelmingly positive" as the manufacturer gears up for the 2017 IMSA WeatherTech SportsCar Championship season.

Following its launch at the LA Auto Show earlier this month, the Multimatic-Riley-built Prototype completed a rollout at Carolina Motorsports Park last week, followed by a two-day test at Road Atlanta on Tuesday and Wednesday.

"So far, everything has allowed us to run in anger for the several days," Doonan said. "I cannot say enough about Riley and Multimatic and the race car they've developed.

"I've avoided studying much, except for viewing pictures of the other approved chassis manufacturers base cars. But the base of what Riley and Multimatic have done so far in our testing has been extremely positive, and the feedback from our drivers has been absolutely fantastic.

Doonan declined to release lap times from the test but admitted it was faster in a number of areas, particularly in straight-line speed and cornering, thanks to the increased power and downforce levels the new-for-2017 regulations provide.

"In short, the cars are skinnier and longer," he said. "The aerodynamic efficiency of these cars is greater.

"The advantages are in cornering, for sure, based on the level of downforce these cars make. And certainly there's an advantage in straight-line speed. Over the course of a lap, it is faster.

"Hopefully the Daytona test here in a few weeks will give us all a good sense as how close or how different the lap times are compared to last year."

The Mazda has begun testing with its 2016-spec MZ-2.0T engine that was utilized in the former Lola/Multimatic-based prototype, with Doonan expecting the 2017 powerplant to be in the car for next month's IMSA-sanctioned test at Daytona.

A number of updates are in the works for the two-liter AER-tuned turbo, following a string of reliability issues that hampered the SpeedSource-run team's progress in the 2016 season.

"It's certainly no secret that we had some reliability issues," Doonan said. "We've identified those areas of concern and when we go to Daytona, we'll be running the 2017-spec engine.

"Not much of that is visible to the naked eye when the engine cover is off, but it definitely addresses the issues we faced on a couple occasions [this] year."

Doonan said the updated engine will undergo IMSA's mandatory dyno testing next week in North Carolina, with additional on-track private testing planned at Daytona in December, following the Dec. 13-14 official test, which is mandatory for each DPi manufacturer.

In terms of the driver lineup beyond the already confirmed returning full-season roster of Tristan Nunez, Jonathan Bomarito, Joel Miller and Tom Long, Doonan said to expect Mazda Road to Indy and Road to 24 graduates to be part of the lineup for Daytoan and the remaining Tequila Patron North American Endurance Cup races. John Dagys/Sportscar365