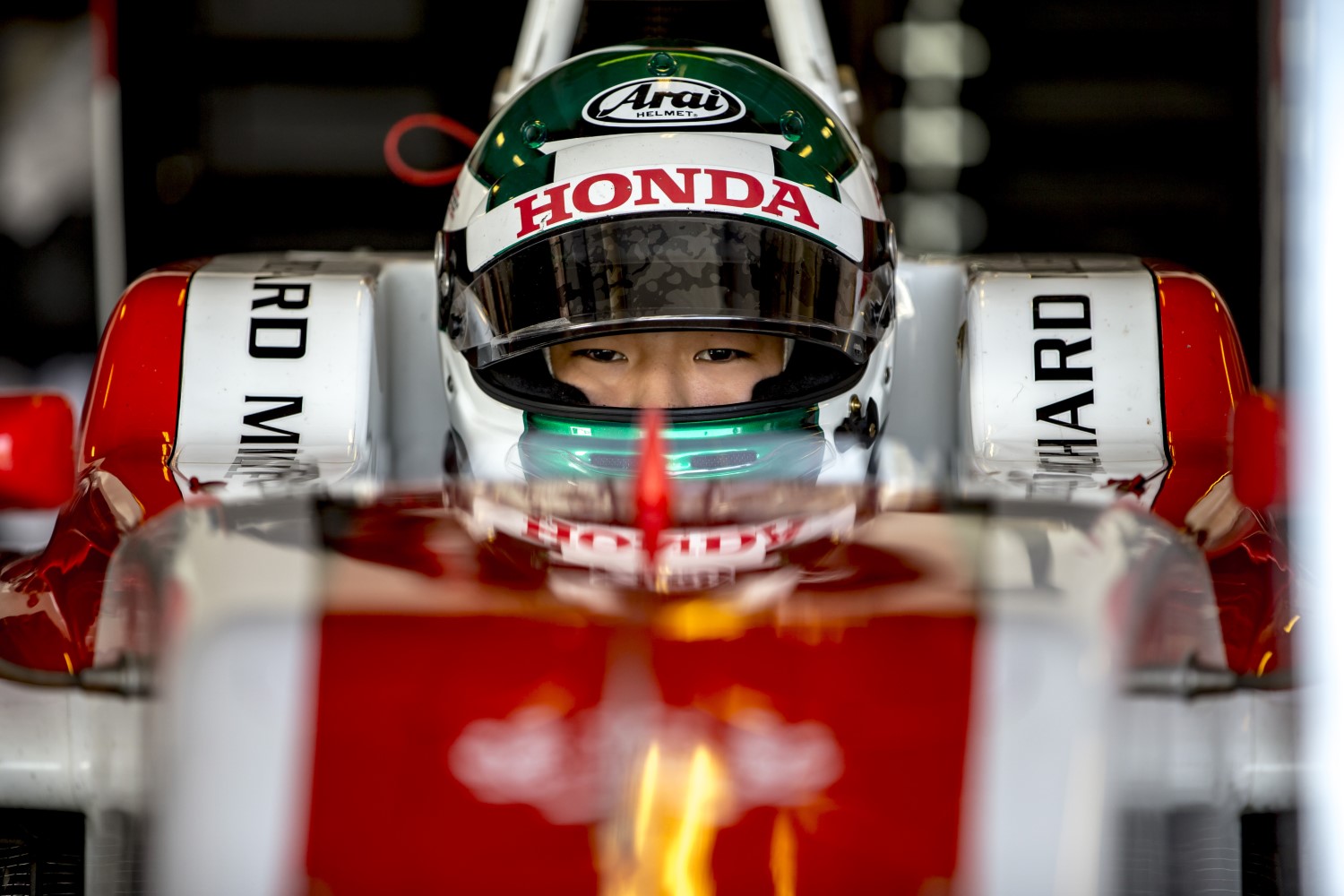 Honda protege Nirei Fukuzumi posted the quickest time in both the morning and afternoon session on day one of post-season testing at the Yas Marina Circuit. The ART Grand Prix driver’s best time was set in the afternoon with a 1:55.479. Jack Aitken (testing for French squad ART GP) was second quickest in both sessions.

Following the conclusion of the 2016 GP3 Series season, the teams embarked on a three day post-season test in Abu Dhabi. Fukuzumi was first into the 1m56’s ahead of Aitken. Jenzer Motorsport’s Alessio Lorandi then headed the timings, with Aitken lapping a mere 0.001s slower than the Italian.

DAMS’ Santino Ferrucci then picked up the pace to lead the pack before there was a red flag due a signaling issue along with Arjun Maini – testing for Trident, stopped on track. There was a second interruption to proceedings at Turn 7 as there was debris on track.

Once the action resumed, Fukuzumi lapped second fastest before Aitken displaced the Japanese driver. Maini then shot up to P2, posting a time a tenth off the American driver. Trident and Ferrari Driver Academy’s Giuliano Alesi then leapt up the order to set the quickest time of the session before Fukuzumi returned to the top of the timesheet.

As the clock ticked down, Fukuzumi increased his advantage over the field to half a second with Aitken and George Russell (also testing for the reigning Team Champions) making it an ART one-two-three until Maini rose to third in the latter moments.

Following the break in action, the GP3 drivers returned to the track for the afternoon session. Lorandi set the initial pace before Alesi demoted the Jenzer driver to P2 after thirty minutes. Ferrucci then shot to the top of the timesheet and bettered his own personal best a lap later as he broke into the 1m56’s.

Meanwhile the ART duo of Russell and Aitken moved up to second and third respectively before a brief red flag period when Kari stopped at Turn 1. Fukuzumi retained P1 at the checkered flag, ahead of Aitken, Russell, Maini, Ferrucci, Lorandi, Raoul Hyman, Alesi, Schothorst and Tveter.