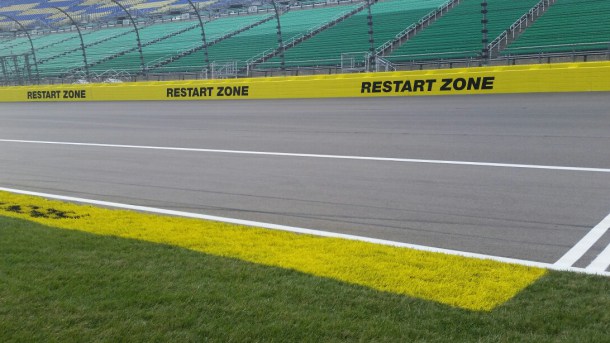 The GEICO Restart Zone is the defined area between turn four and the start/finish line where the lead car can start to accelerate when taking the green flag. "I'm very excited that GEICO views NASCAR as a great platform to showcase their brand," Campbell said.

"They're involved at many levels, from car sponsorship to track entitlement and now in a role at many tracks. The restart zone will also bring added visibility to GEICO, both for fans watching on TV and fans at the track."

The GEICO Restart Zone will be in place when NASCAR's Premier Series returns for the STP 500 race weekend, March 31-April 2. Tickets are on sale now and can be purchased by calling 877.RACE.TIX or online at martinsvillespeedway.com