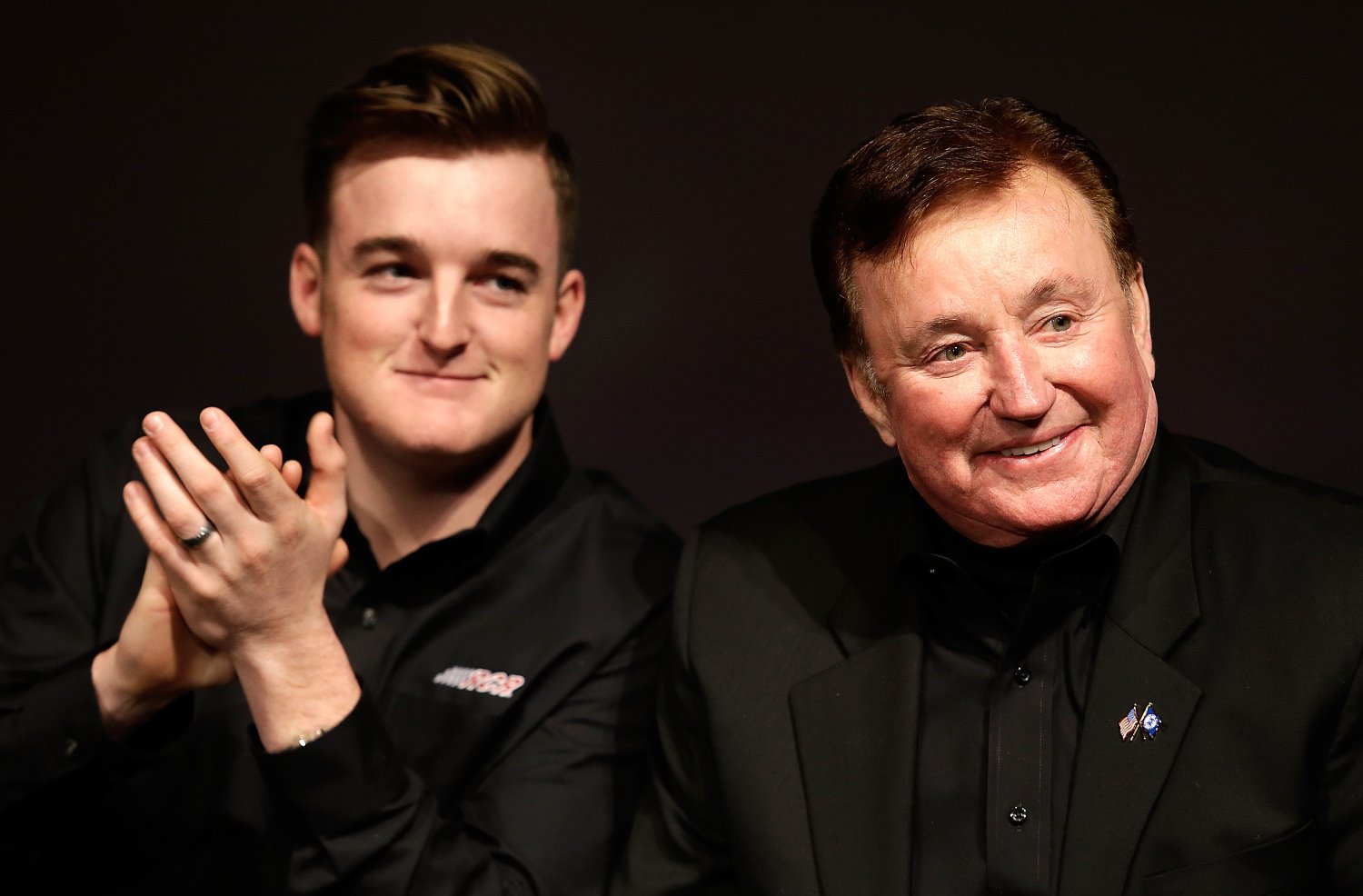 UPDATE In a Monday morning appearance on SiriusXM NASCAR's Radio's "The Morning Drive" program, Dillon indicated that an agreement with Germain Racing came together earlier in the year.

The challenge, he said, was staying mum until this week. A team spokesperson confirmed Monday that Robert "Bootie" Barker would return as the team's crew chief in 2017.

GEICO returns as primary sponsor, extending a relationship that bridged Germain Racing's transition to a full-time Sprint Cup team in 2009.

The Germain team shares a technical alliance with Richard Childress Racing, the multicar organization founded by Dillon's grandfather, and its entries are powered by Childress-owned ECR Engines. Dillon said that the existing partnerships should help smooth his own transition to a full slate of racing in NASCAR's premier series. NASCAR.com

Ty Dillon will replace Casey Mears as driver of the No. 13 GEICO-sponsored Chevrolet for Germain Racing in the NASCAR Premier Series in 2017.

The long-rumored move was made official Monday morning, when the race team announced it on Twitter and via a news release.

Dillon, 24, has made 18 career starts in NASCAR's top series and was a full-time driver in the XFINITY Series the last three seasons, finishing fifth in points this season. In 111 career XFINITY starts, Dillon has one win, 24 top-five and 70 top-10 finishes in addition to four poles. Dillon also has three wins, 35 top-five and 35 top-10 finishes, plus five poles, in 53 career Camping World Truck Series starts.

"I have been preparing for this next step in my career for several years," Dillon said. "With my experience in the Camping World Truck Series and XFINITY Series, I am ready to drive full-time in the (Premier) Series. I want to thank Bob Germain and the entire Germain Racing organization for giving me this opportunity. It will be an honor to represent a brand and sponsor like GEICO which has played such a significant role in the sport for so many years."

Mears, 38, is a 14-year veteran of NASCAR's top series — with one win, 13 top fives, 51 top 10s and three poles in 488 career starts. His lone win came in the Coca-Cola 600 at Charlotte Motor Speedway while driving for Hendrick Motorsports in 2007. He had been driving the GEICO-sponsored car for Germain since taking over the ride in the middle of the 2010 season.

Dillon is the grandson of Richard Childress, owner of Richard Childress Racing, and the younger brother of Austin Dillon, who drives the No. 3 Chevy for RCR. Germain Racing began a technical alliance with RCR in 2014 when it switched to Chevrolet as its manufacturer.

"First of all, I want to thank Casey Mears for everything he's done for our race team over the past six years," team owner Bob Germain said. "He's been an integral part of our growth and a great representative for GEICO and our many partners. Bringing Ty onboard is an exciting opportunity for us and we are committed to giving him all the resources he needs to reach his full potential. He's a very talented driver and first-class young man. I'm looking forward to working with him, as well as expanding our relationship with RCR." Joe Menzer/Fox Sports