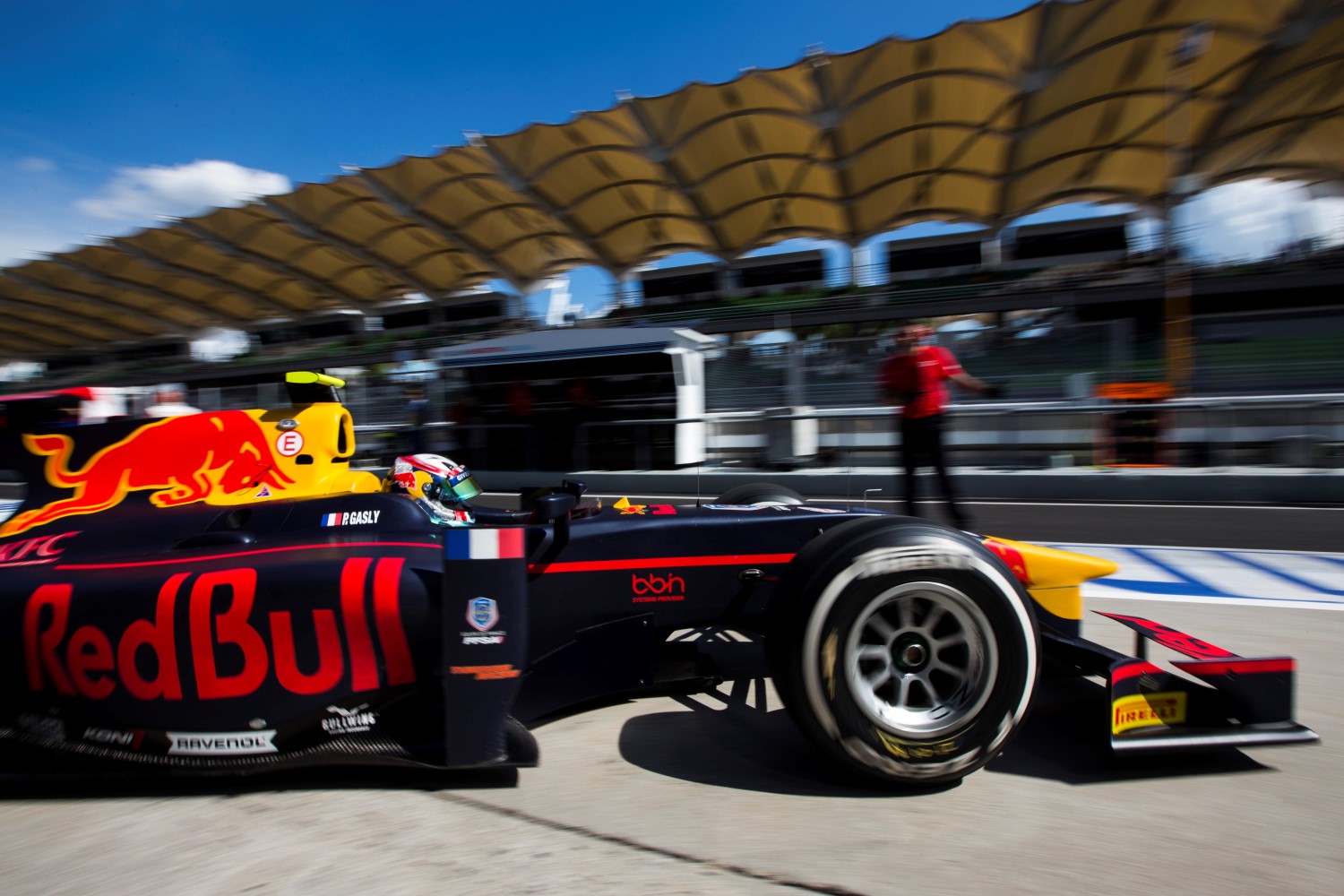 Pierre Gasly strategized his way to possibly his most important pole position, holding his nerve and staying put in the pitlane while every other driver stormed onto the Abu Dhabi circuit when the track ran green before finally emerging as his rivals were returning, giving himself a clear track to drag home a dominant fifth pole position of the season ahead of Sergey Sirotkin and Artem Markelov, with his title rival and teammate Antonio Giovinazzi having to make do with 6th position.

With the early evening's gloom denied by the scores of floodlights all around the circuit, all but one of the drivers ran straight out on track, but Gasly stuck to his plan and waited until the 13th minute of the session before firing his engine and leaving the pitlane: Alex Lynn, Norman Nato, Nicholas Latifi, Nobuharu Matsushita and finally Sergey Sirotkin spent time at the top of the timesheets, but the Red Bull tester made use of a clear track to return a laptime of 1:47.476, almost a second to the good over the Russian, before coming back to the pits as his rivals prepared to leave again.

PREMA Racing teammate Giovinazzi was in P3 and looking for more, but was forced to return to the track with all his rivals, suddenly saddled with his own strategy choice. To make things worse Gasly replaced his tyres and followed them all back out again, holding a watching brief from the best seat in the house as they tried to find a way to crack open the time gap.

The screens ran heavily green with a few purples as his rivals beat their own times and impinged on his sectors, but no one could put the whole thing together: with a few minutes remaining Sirotkin closed up to 0.3 off Gasly and Matsushita found P3, one ahead of an improving Rowland, but the Frenchman set a purple sector 1, seemingly just to remind them all of what he could do. Giovinazzi threw everything at it, but traffic was not going to help, and when Markelov demoted him a further spot to P6 as the last man across the line it was like salt into a wound for the likable Italian driver.

Behind the top three Matsushita and Rowland will be trying to avoid a fast charging Giovinazzi tomorrow by running away from him, with Nato, Raffaele Marciello, Lynn and Mitch Evans rounding out the top ten and all hoping for more from the Feature Race. But with Gasly cutting the Series lead to just 3 points and starting from pole, and Giovinazzi's notoriously good starts and ability to overtake, most eyes will likely remain firmly on the PREMA Racing pair tomorrow evening.