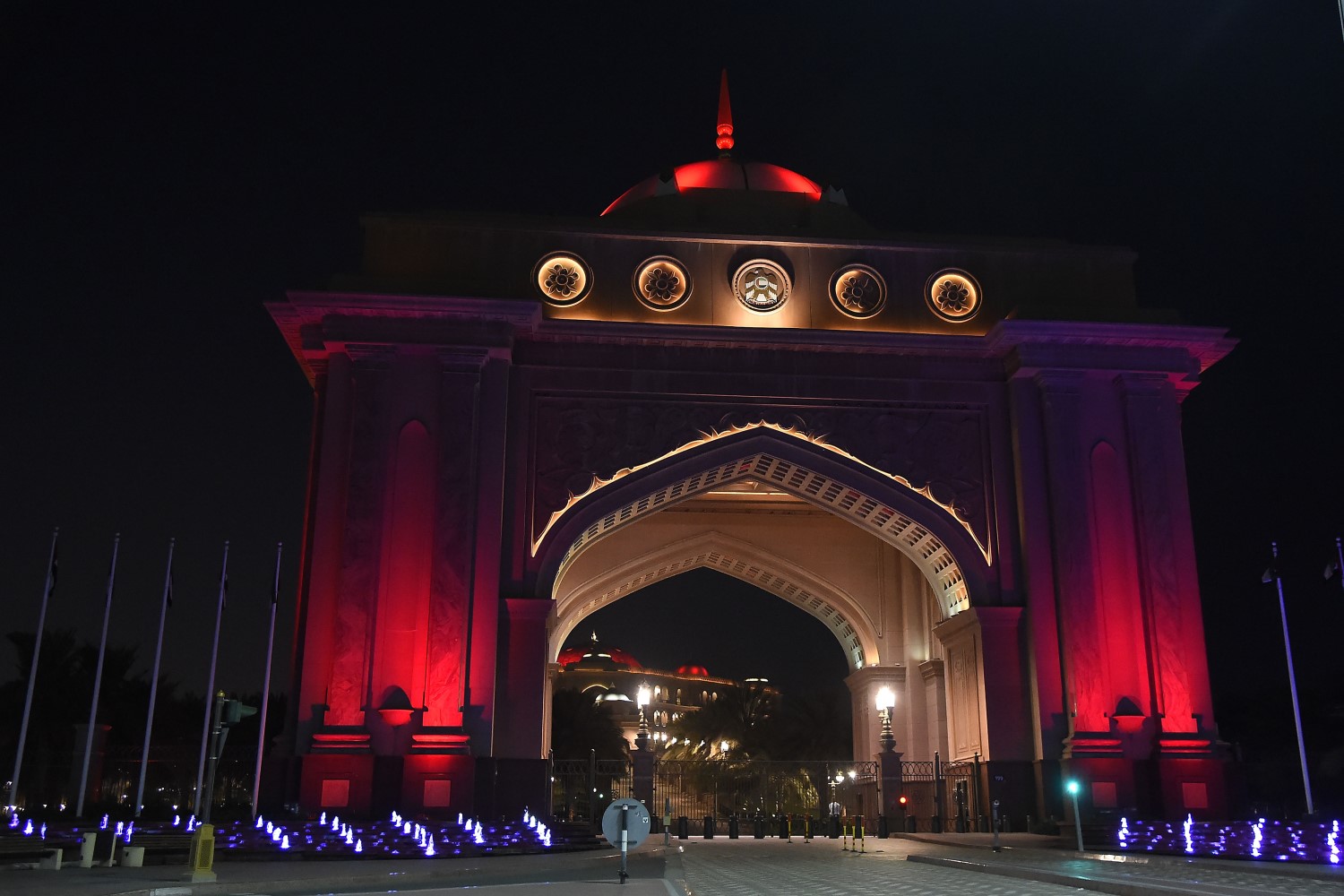 Lewis Hamilton turned the fastest lap in first practice for the Formula 1 Abu Dhabi Grand Prix to beat Mercedes teammate and title rival Nico Rosberg who only needs to play ‘stroker ace' once again to win the title.

Hamilton put up a 1m42.869s on the Pirelli soft compound tires to finish 0.374 seconds ahead of his teammate to lead the Mercedes row.

The Red Bull row was led by Max Verstappen in third and Daniel Ricciardo fourth.

The meaningless first session, used primarily to rubber in the track took place in afternoon sun conditions while qualifying and the race are run under floodlights.

Ferrari's Sebastian Vettel was fifth quickest, 1.136s off the pace as Ferrari continues to be out to lunch.

Sergio Perez was the leading Force India in sixth, ahead of Kimi Raikkonen and Carlos Sainz Jr.

Felipe Massa, competing in his 250th and final F1 race weekend, and Marcus Ericsson, on the super-soft, completed the top 10.

With the track still green and dusty, it was Rosberg who set the initial pace with 1m 43.873s to Hamilton's 1m 44.133s on Pirelli's ultrasoft tires. After Rosberg cut down to 1m 43.243s Hamilton went faster with 1m 43.051s. On softs, the world champion reduced his time further to 1m 42.869s, while Rosberg did similar times to his previous laps.

Verstappen got closest to them on the softs, taking his Red Bull round in 1m 43.297s as team mate Ricciardo backed him with 1m 43.362s on similar rubber.

Sainz used a set of supersofts for a late improvement to the eighth fastest time of 1m 44.685s, as Massa took ninth for Williams on 1m 45.039s and Ericsson used supersofts to push his Sauber up to 10th with 1m 45.168s.

It was a troubled session for the anti-American Haas squad, with Romain Grosjean spinning at Turn 1 after repeatedly complaining of braking and instability problems on his VF-16, while team mate Esteban Gutierrez also had an off.

McLaren struggled with balance on Fernando Alonso's car, and Jenson Button (who has reverted to his yellow 2009 title-winning helmet design for his last F1 outing) had to creep back to the pits with mechanical gremlins.

Toro Rosso's Daniil Kvyat was also in trouble, parking out on the track after attempting to limp home with a punctured left-rear tire early on and ending the 90 minutes with just four laps on the board.