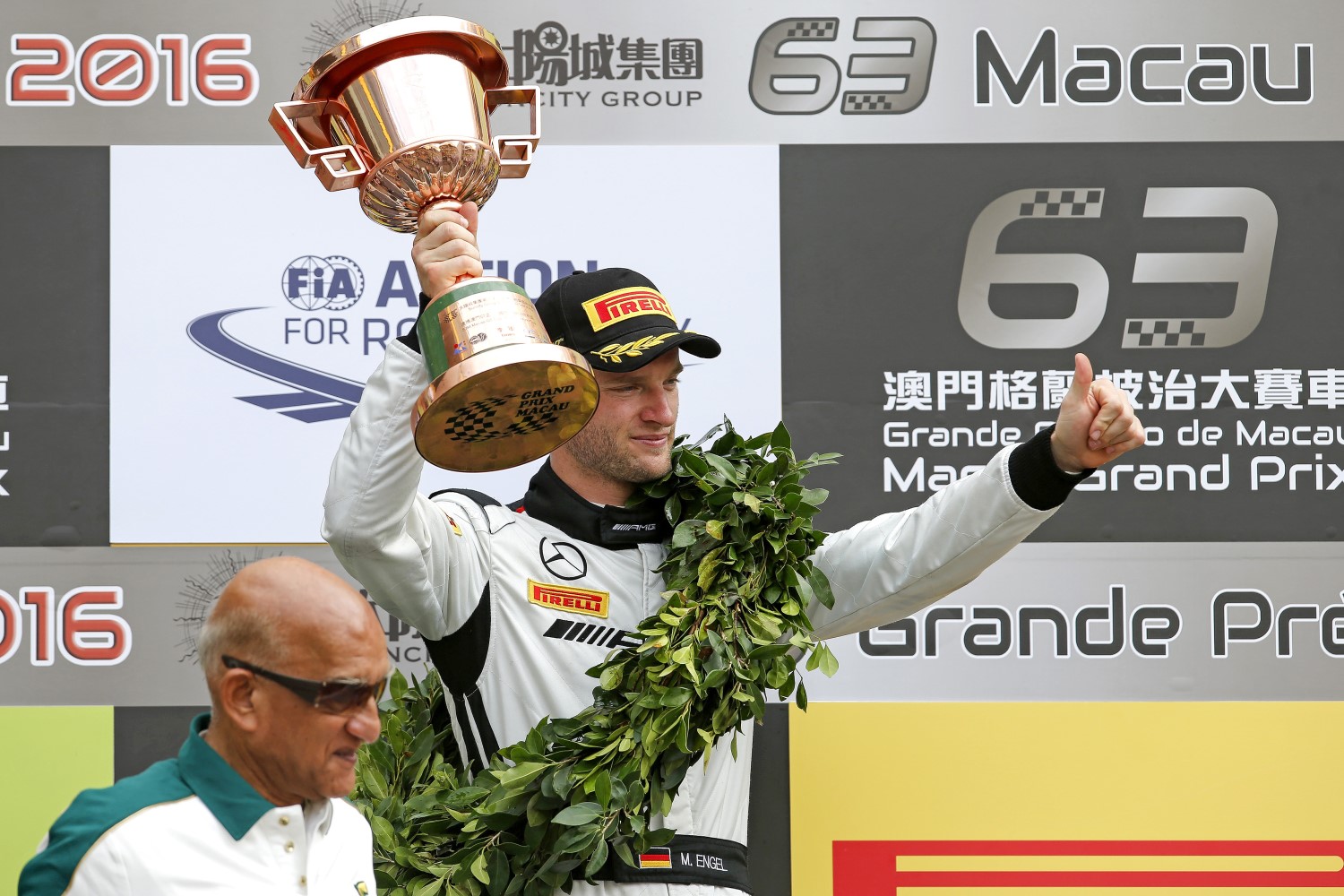 Maro, you've just competed in the FIA GT World Cup in Macau, a race that was remarkable for a number of reasons. How would you sum it all up?
Maro Engel: I'm incredibly proud of the whole team. We already knew in advance that Balance of Performance was going to create difficulties for us this year. It was obviously also a challenge to adjust the new car perfectly to the track in the short time available for free practice. But we extracted the maximum from our package and got the car in super shape. At the end of the day, though, this was a race that was unsatisfactory for everyone involved. There were hardly any laps under racing conditions, and we had a winning car that was upside down on its roof. We had obviously envisaged the race panning out somewhat differently. I had been anticipating that I would have a number of opportunities to attack on Sunday.

So under normal circumstances, how well do you think you might have done?
Maro Angel: Macau is always a special occasion. Under normal circumstances, we would have had no chance of mounting an attack on the straights. But this is a track where you still get various opportunities during the course of the race. However, it's difficult to say exactly. In any case, we're delighted to be back on the podium – it was our third in succession after the two previous victories. But it would have been nice to have a normal race and actually see the checkered flag.

What are your expectations and objectives for the Young Driver DTM test in Jerez next week?
Maro Engel: First of all, it is nice to be given this chance by the team again. It's always a lot of fun to work with these guys. Of course, I would like a positive outcome to the test. It will also be interesting to compare the data from my car with that of the current vehicle. My objective is to help the team as much as possible and at the same time deliver a good performance.