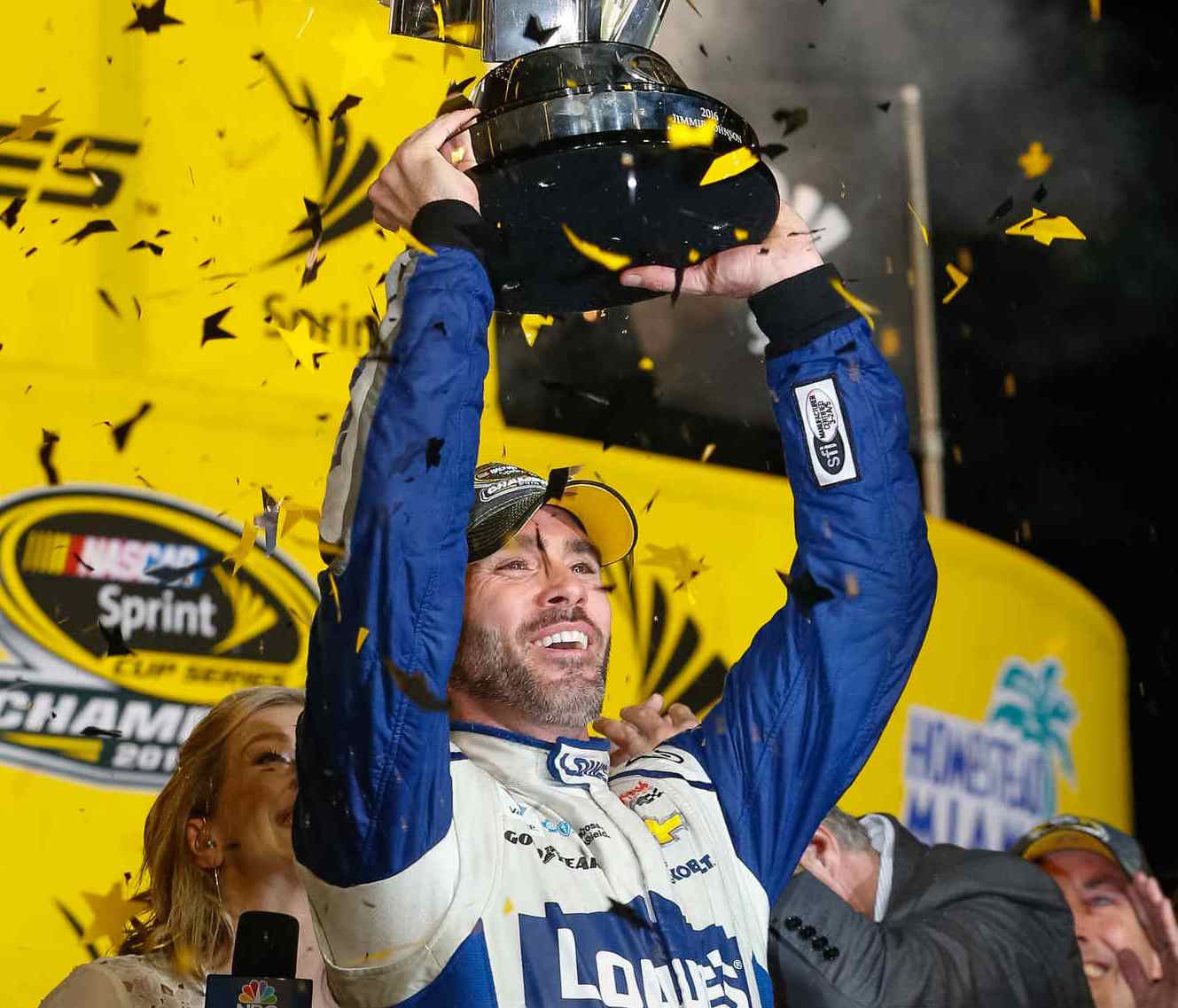 Scheduling a media tour fit for a seven-time champion is no mean feat, but NASCAR and Hendrick Motorsports worked hard in recent weeks to build a buzzworthy schedule in case Jimmie Johnson won the Sprint Cup Series championship on Sunday. Given the intricacies involved in booking appearances with big-name TV shows and other media outlets, NASCAR starts planning its media tour early in the season. However, this year's media tour took on added importance when the prospect popped up of Johnson tying Richard Petty and Dale Earnhardt as the only seven-time Cup champions. After getting what he said was an hour's worth of sleep Sunday night, Johnson jetted to N.Y., where he has remained through today doing myriad media appearances.

Johnson has done spots on "SportsCenter," "The Dan Patrick Show," "The Late Show," "Live with Kelly" and "The Charlie Rose Show." He also was a guest presenter at last night's Golden Goggle Awards, hosted by USA Swimming, where he mingled with fellow Octagon client Michael Phelps and former NBC Sports Chair Dick Ebersol. Johnson has also been making other appearances, like with SiriusXM, and NASCAR says it is working to find health-and-fitness publications who may want to cover the championship as well given Johnson's penchant for healthy living.

SNAP IT UP: NASCAR, HMS and their partners have gone into overdrive to fete Johnson's achievement. HMS purchased a celebratory Snapchat geofilter that pops up for people using Snapchat at sponsor Lowe's corporate HQ in Mooresville, N.C., as well at the NASCAR HOF and the HMS campus.

There have been congratulatory tweets from the Cubs and Bruins, Bank of America, Gatorade, Blue Cross & Blue Shield of North Carolina, plus from Phelps, Larry Bird, Drew Brees, Mia Hamm and Mario Andretti. Chevy, which is HMS's manufacturer, ran a full-page ad in USA Today, and NASCAR has run a number of intricate videos on its social channels looking back on Johnson's career. The tweet from NASCAR's official Twitter account asking fans to retweet to celebrate Johnson's title garnered more than 4,000 retweets, the third most of any tweet from NASCAR on record, according to NASCAR Managing Dir of Social Media & Broadcast Communications Scott Warfield. Adam Sterm/SBD