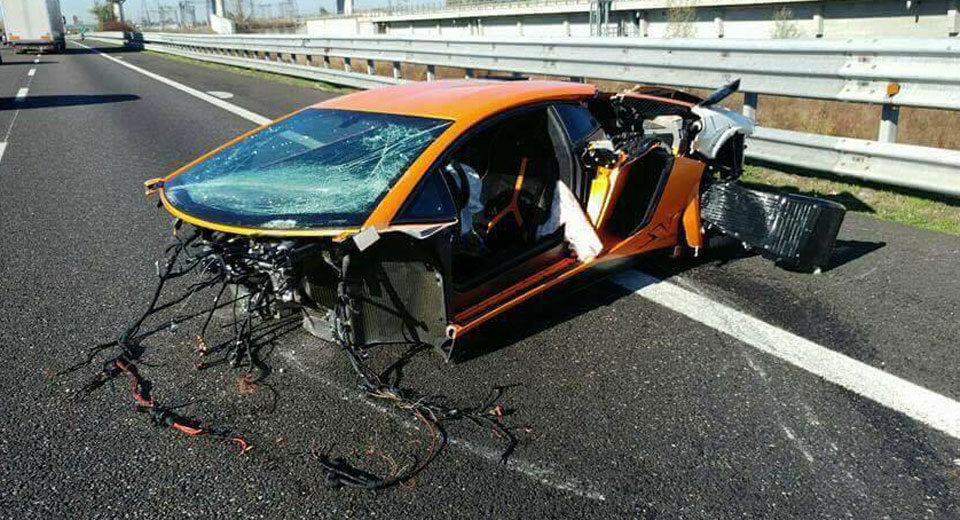 Details about the crash are limited at this stage but according to GTspirit, the limited-edition Aventador hit a guard rail and spun out of control on a major highway.

While it is unclear what caused the SV to hit the guard rail, the photos below show that the car is a total wreck with the entire front end missing and much of the rear fascia torn off.

The shocking images further show the windscreen smashed, at least two of the wheels missing, a third heavily damaged and the airbags deployed. Despite the extensive body damage, it appears as though the supercar’s carbon fiber monocoque escaped with little more than a few scratches.

The conditions of the driver and any possible passenger aren’t yet known.