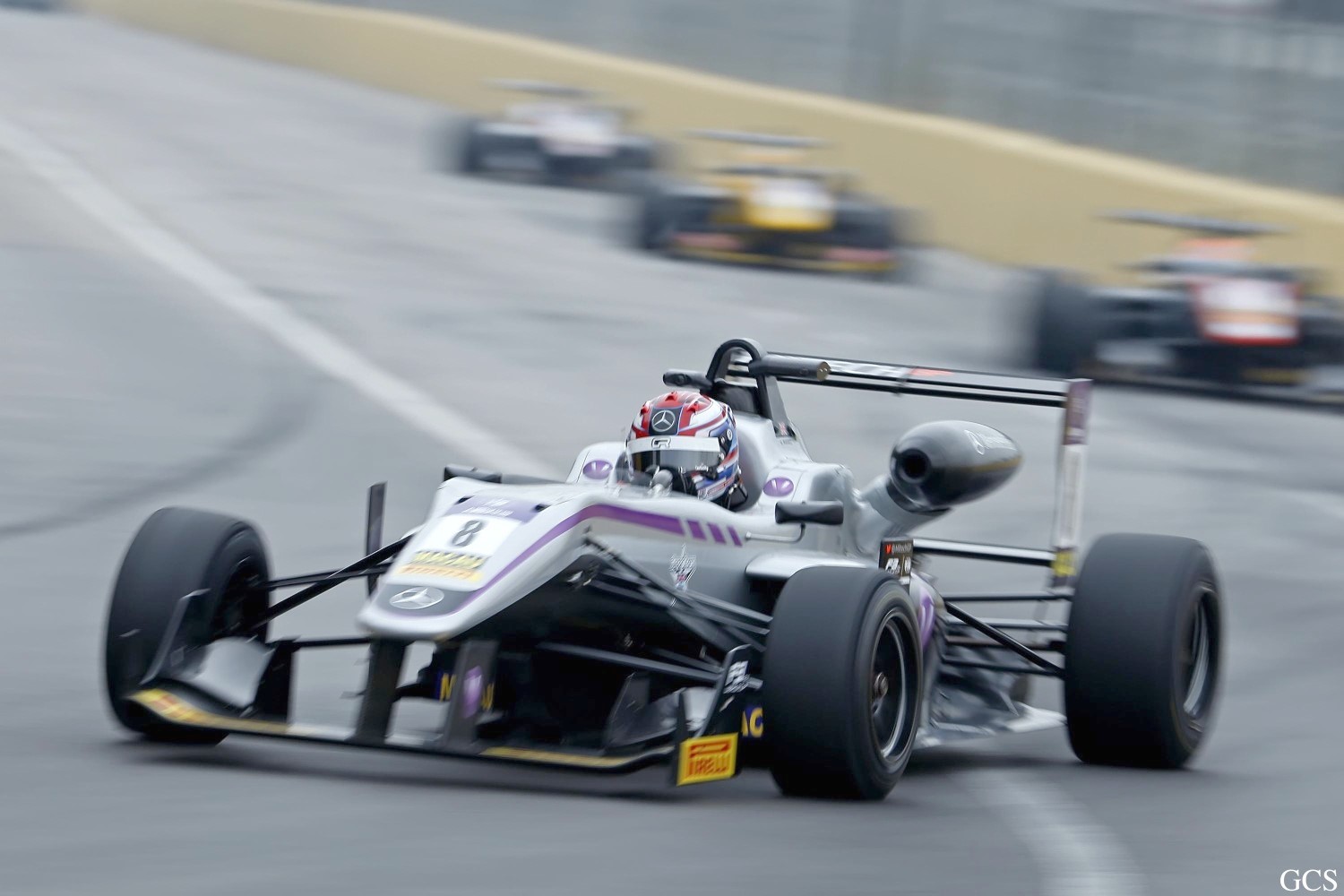 Hitech racer Russell, scheduled to compete last year before being replaced, rose to the top of the timesheets following two late red flags.

He initially eclipsed long-time leaders Callum Ilott and Antonio Felix da Costa with a 2:10.398, before improving to 2:10.100, a new record.

In cool, overcast conditions, the majority of the top 10 dipped under the 2m11s barrier, with several drivers enjoying spells at the front.

Carlin's Felix da Costa, fastest in the first qualifying session, lowered the benchmark to 2:10.501 in Q2 after a flurry of early lap times, a gain of more than a second.

Sasaki went off in the middle sector of the lap, while Maximilian Gunther clipped the wall at R Bend and slid across the circuit, with rivals darting to avoid the debris.

As the action resumed, amid rain drops, Russell delivered a sensational final run to go seven hundredths quicker than Ilott, before he found a further three tenths.

Arjun Maini crashed at Lisboa with just a few seconds remaining, which brought the session to an end, confirming Russell's pole, in front of Ilott and Felix da Costa.

"I went into this weekend saying I was going to take it easy," said Russell.

"I was much further down the order in FP1, Q1 and FP2, so I got a little bit worried, but we made changes, I was confident with what we did, and I did a really good lap after the red flag.

"It was able to deliver probably one of the best laps of my life."

Gunther wound up seventh, despite his crash, edging out Prema team-mate and two-time Macau winner Felix Rosenqvist, who locked up heavily at the start of a decisive run.

Lando Norris placed ninth in the fourth and final Carlin, with the other Prema of Nick Cassidy rounding out the top 10, narrowly denying 2011 race winner Daniel Juncadella.