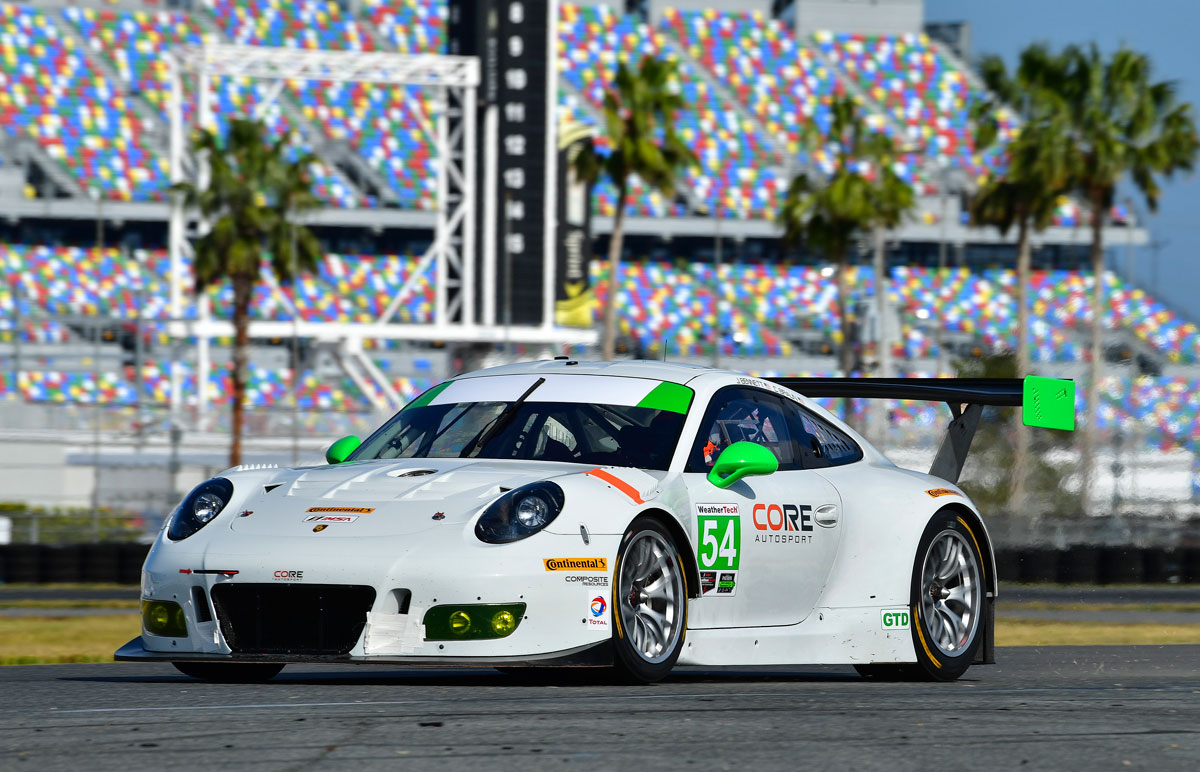 Under sunny skies, Bennett, Braun and crew logged approximately 250 laps in the IMSA-sanctioned test. Though Braun was slightly familiar with the car already thanks to his driver coaching duties, it was Bennett’s first time behind the wheel of the German-marque’s GT3 racer.

Prior to arriving in Daytona Beach, Bennett and Braun had already logged substantial mileage; both took part in the Los Vegas Rock N’ Roll Half Marathon, November 13th.

The two days of testing were completed without issue and allowed the team to experiment with the car’s full range of suspension and aerodynamic adjustments. It gave CORE a solid base of knowledge moving into two more IMSA-sanctioned tests at Daytona in December and January.

The 2017 WeatherTech SportsCar Championship official begins with the Rolex 24 at Daytona, January 26 – 29.