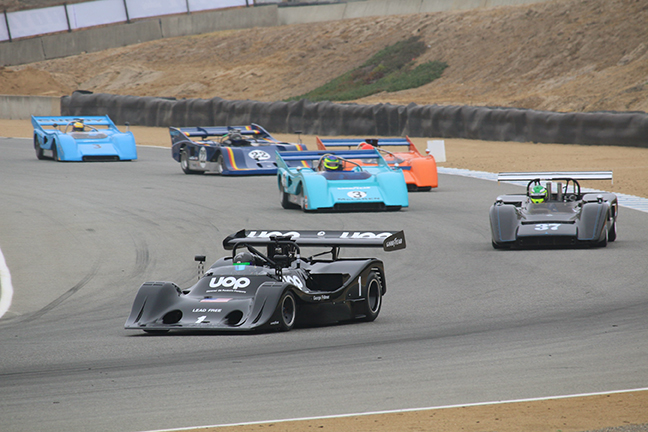 Next April, Toyota Grand Prix of Long Beach fans will get a taste of the 1000+ horsepower engines that dominated the golden age of Can-Am racing, when the historic machines race for the first time on the world-famous seaside circuit.

The 20-minute race, which will run Saturday, April 8, will start at approximately noon, just prior to the BUBBA burger Sports Car Grand Prix event.

Can-Am, shorthand for the Canadian-American Challenge Cup, was a racing series that ran at tracks in Canada and the U.S. from 1966 to 1974 and again from 1977-87. The initial era of Can-Am featured sleek, high-horsepower cars from McLaren, Porsche, Lola, Shadow and more with a list of well-known drivers that included Jim Hall, Mark Donohue, Mario Andretti, Parnelli Jones, George Follmer, Dan Gurney, Phil Hill, Bruce McLaren and John Surtees, among others.

The historic event at Long Beach will feature cars from the 1966-74 era of Can-Am racing, and be sanctioned by the Historic Motor Sports Association (HMSA).

"HMSA is thrilled to be part of the Grand Prix Long Beach, a truly iconic event with a rich motorsports history and a jewel of Southern California," said Cris Vandagriff, president of the Historic Motor Sports Association. "We are proud to bring the cars from what has been called the greatest series ever created, the original Can-Am. These cars were the fastest racing cars of their day and still make the earth move when they take to the track."

"This will be the very first time that these exotic racing machines have competed on any street circuit," said Jim Michaelian, president & CEO of the Grand Prix Association of Long Beach. "The sounds of these high-powered engines racing down Shoreline Drive will be exhilarating."

Featuring a wide variety of on- and off-track activities for the entire family, the Grand Prix will be headlined by the second round of the 2017 Verizon IndyCar Series, as well as the BUBBA burger Sports Car Grand Prix, featuring the IMSA WeatherTech SportsCar Championship and its all-new prototype cars. In addition, the weekend will include the Motegi Racing Super Drift Challenge under the lights on Friday and Saturday nights; SPEED Energy Stadium Super Trucks, and the powerful sports cars of the Pirelli World Challenge.

Ticket prices for the three-day event range from $32 for a Friday General Admission ticket to $142 for a three-day ticket that includes Saturday and Sunday reserved seating in grandstand upper levels. Pre-paid parking packages are also available, along with handicapped seating, Verizon IndyCar Series Paddock access passes, Super Photo tickets and an array of VIP Club packages.

Fans can select and pay for their 2017 Toyota Grand Prix of Long Beach seats, parking and paddock passes online at gplb.com. Ticket orders can also be placed by calling the toll-free ticket hotline, (888) 827-7333. A printed ticket brochure that includes a circuit map, ticket prices, order form and other information is also available.