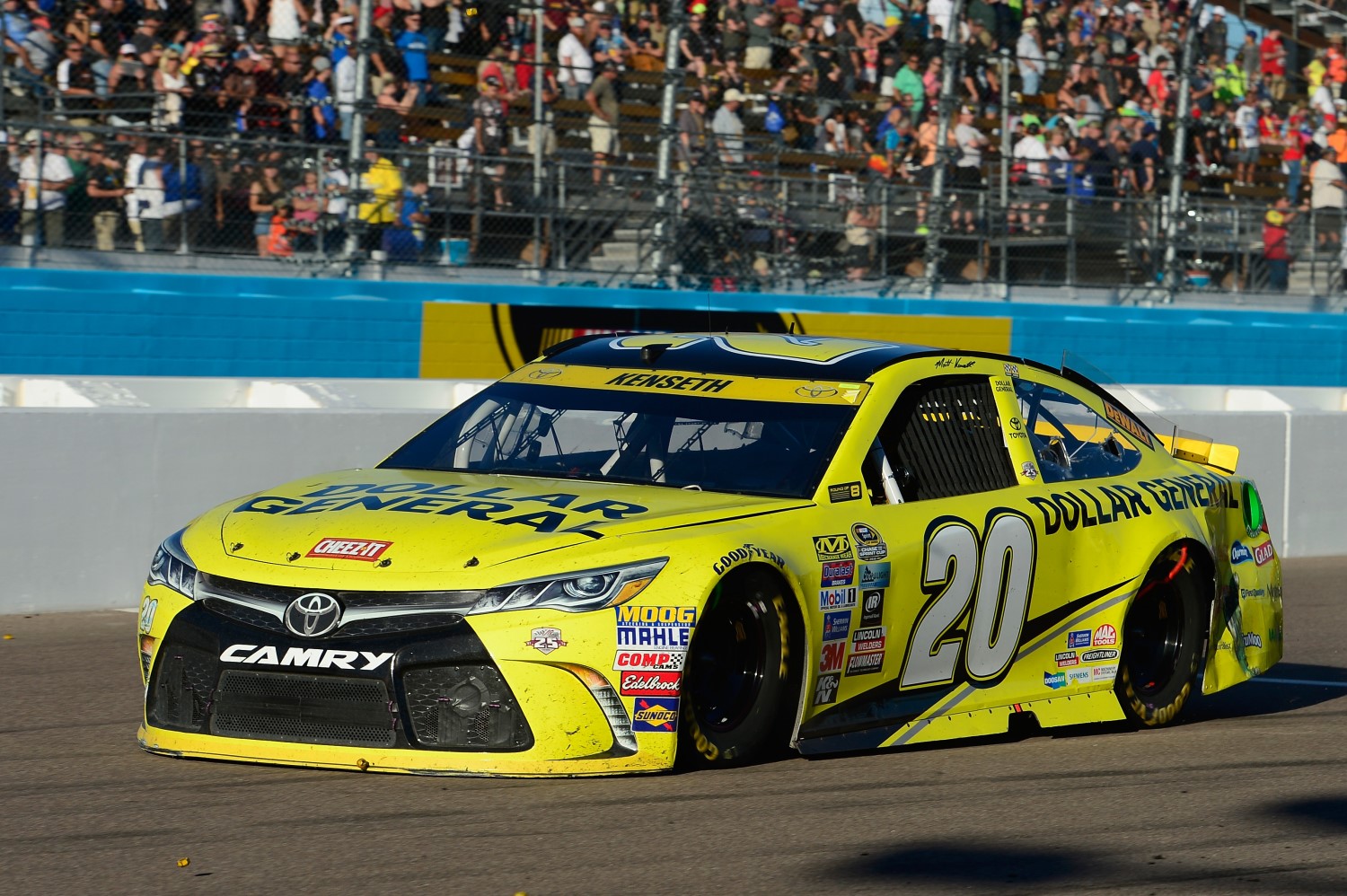 In one moment, Matt Kenseth was leading Sunday's Can-Am 500 at Phoenix and seemed destined to race for the NASCAR Sprint Cup Series championship next Sunday at Homestead. A moment later, he was wrecked and out of the Chase.

Kenseth led the field to green on the first attempt at overtime, with polesitter Alex Bowman to his inside. Kyle Busch made a move to the inside of Bowman from the third position, and Bowman blocked. As Busch shoved Bowman's Chevy forward toward the first corner, Kenseth turned down, thinking his Toyota had a clear lane. But contact between the cars sent Kenseth spinning out of the Championship 4.

"The 88 (Bowman) was laying way, way back for that restart, more than a car width, so I got going early on purpose and I looked at him at the start/finish line, and I thought we were doing OK. And I looked back, and it looked like he had a little run on me, maybe not and shortly thereafter (spotter) Chris (Osborne) cleared me. So with the glare, I started looking to the corner to approach the corner and I got turned out of the way. He hollered 'Inside' at the same time I got turned towards the fence, so I really don't know what happened. I was just going off the information I had to try to get the best corner I could and lead more laps." NASCAR Wire Service