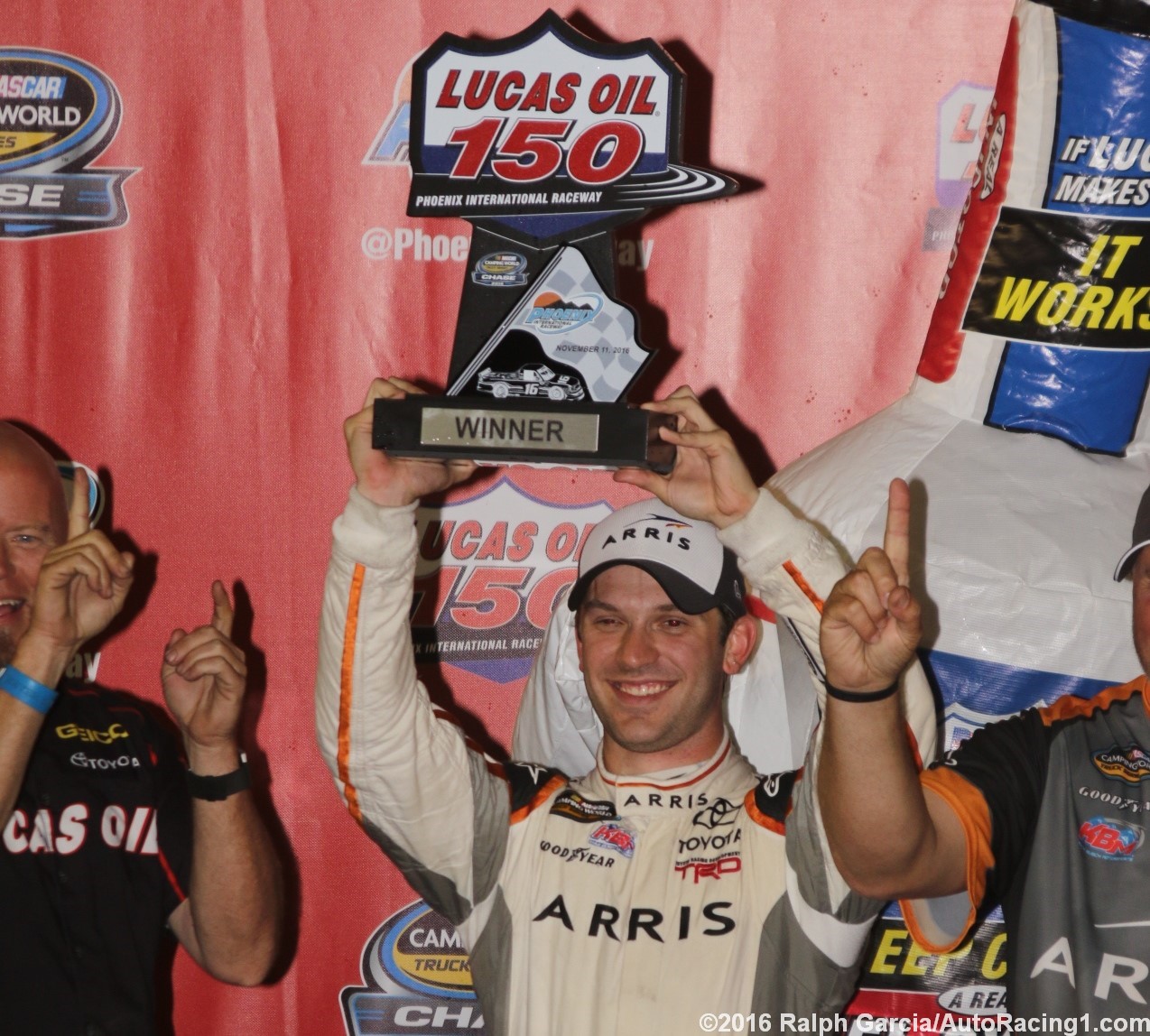 "Toyota has won nine manufacturer’s championships in just 13 years in the Truck Series, and we’re tremendously proud of the continued accomplishments of our Tundra drivers," said Ed Laukes, Vice President of Marketing and Integrated Marketing Operations for Toyota Motor Sales (TMS), U.S.A. "The NASCAR Camping World Truck Series and the continued success in it by the Tundra is important to the Toyota brand. It also serves as a great showcase for the Tundra, which is built in Texas and has proven its mettle by winning numerous NASCAR championships on the race track. We have great race teams featuring both incredibly talented veterans and young, up-and-coming stars, and we couldn’t have reached this goal without their dedication, and the hard work of each our Toyota race teams."

Three Tundra teams – Kyle Busch Motorsports, Red Horse Racing and ThorSport Racing – all contributed victories to the NCWTS manufacturer’s title this season, including wins by rookie William Byron (six victories), Matt Crafton (two), Kyle Busch (two), Christopher Bell (one), Brett Moffitt (one) and Daniel Suarez (one). After 22-of-23 races, Tundra drivers combined to win 13 races and lead 1,997 laps in the NCWTS – more than 50 percent of the races and laps contested.

Following the Truck Series race at Phoenix, three Tundra drivers – Bell, Crafton and Timothy Peters – qualified for the ‘Championship 4’ field and will compete for the NCWTS driver’s championship in the season finale.

Since joining NCWTS competition in 2004, Toyota has won 157 races and captured 118 poles in 311 races. Kyle Busch (38) has the most victories driving a Tundra.

The NCWTS schedule will come to a close next Friday, Nov. 18 at Homestead-Miami Speedway where Tundra drivers Bell, Crafton and Peters will contend for the driver’s championship.