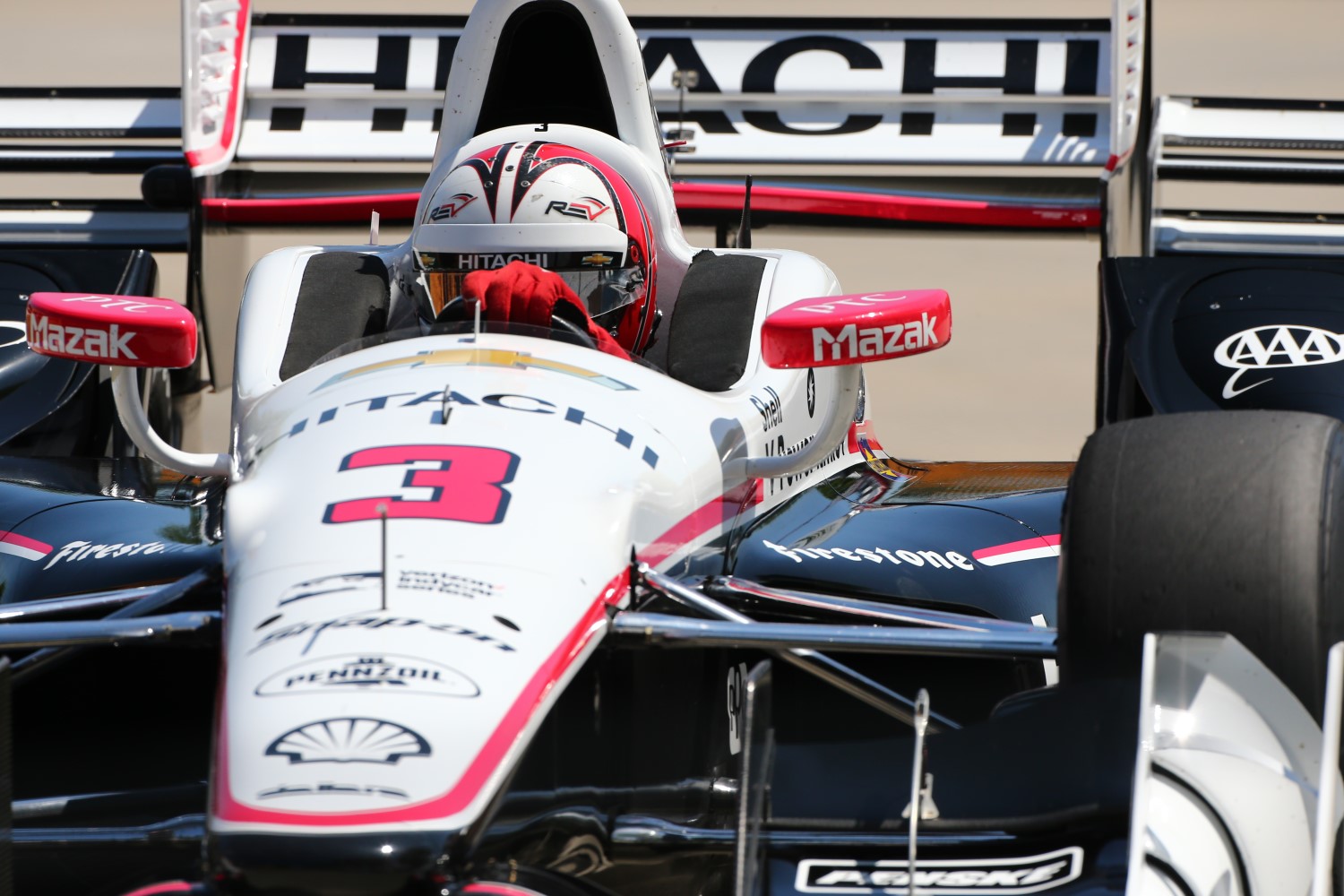 Team Penske and Hitachi Group announced today that they have reached a partnership extension for the 2017 Verizon IndyCar Series season.

The familiar Hitachi branding will continue aboard the No. 3 Dallara/Chevrolet Indy car driven by three-time Indianapolis 500 champion Helio Castroneves for eight races in 2017. Additionally, Hitachi will continue to serve as an associate sponsor on each of Team Penske's other Verizon IndyCar Series entries for drivers Simon Pagenaud, the 2016 series champion, Will Power, the 2014 title winner, and newcomer Josef Newgarden.

"Our partnership with Hitachi has evolved into a highly-integrated relationship that extends across multiple business platforms," said Roger Penske. "Hitachi continues to work in conjunction with Chevrolet on the fuel injection systems in the Chevy Indy cars so they are truly engaged with our on-track performance. Beyond the track, the relationship with Hitachi continues to grow and we are proud of the success we have shared through our joint marketing and promotional initiatives."

The partnership between Team Penske and Hitachi began prior to the 2012 IndyCar season and grew to include primary sponsorship of the car driven by Castroneves the following season. On the track, Hitachi and the No. 3 team have aligned for race wins, pole positions and podium finishes. Castroneves has also become an identifiable ambassador for the company through a strategic marketing effort.

"Partnering with Hitachi and representing their brand is a true honor," said Castroneves. "Continuing to have Hitachi on the car is both exciting and motivating. They are so much more than a partner to me. They've become part of the family."

The activation strategy around the partnership includes event marketing and presence at key national and international automotive events and other trade shows. The partnership with Team Penske has also provided the opportunity for Hitachi to showcase its fuel injection technology, incorporate social media integration with Castroneves and the No. 3 Hitachi team and entertain customers with unique at-track experiences.

"We are looking forward to our sixth season with Team Penske," said Rob Sharpe, senior vice president of sales and marketing for Hitachi Automotive Systems Americas. "Placing first, second and third in the 2016 Verizon IndyCar Series championship demonstrates Team Penske's outstanding organization and strong focus on performance and technology. Hitachi welcomes this ongoing collaboration—both on and off the track."

The 2017 Verizon IndyCar Series season starts March 12 on the Streets of St. Petersburg.