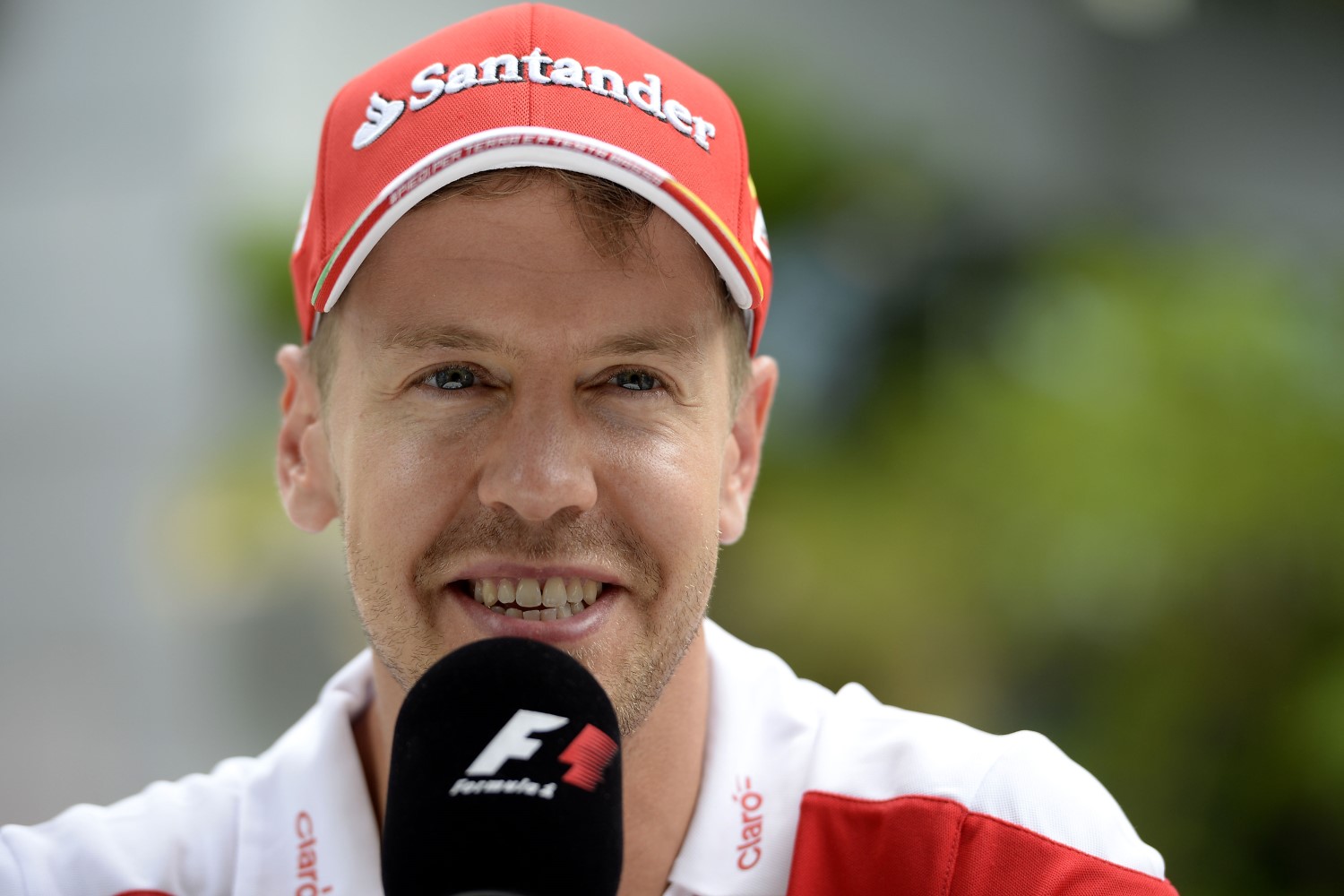 Brawn was a key part of the great Maranello marque's ultra-successful Michael Schumacher era, but Ferrari is now struggling amid what some sections of the Italian media regard as nothing short of 'crisis'.

"The last few years for Ferrari have not been easy," Brawn told the Italian broadcaster Sky, "but I think the crucial thing for them now is stability.

"There are really good people in the team, who need the right support and the right philosophy.

"There is always pressure and expectations around Ferrari, especially from the media, but they must find ways to protect the engineers and all the other technical people so they can concentrate and work better," he added.

Brawn, who is tipped to now return to the sport as F1's new sporting CEO, said he remembers the unique pressures of life at Ferrari all too well.

"When you get to the office in the morning you have a huge stack of press material on your desk. Ferrari is something that is discussed around the world and it creates enormous expectations," he said.

Ferrari's hopes are now turning to 2017, but Brawn thinks some good results in the last two races of the season are now important for the Italian squad.

"I don't know the internal dynamics of the team, but a couple of good results now would completely reverse the situation," he said.

So Brawn said a lot of that Ferrari pressure is on Sebastian Vettel's shoulders, including the perception that he needs to 'do a Schumacher' to turn things around.

"But making comparisons between him and Michael is not correct," he insisted.

"Sebastian is a great driver and a very intelligent person, and I'm sure that when he went to Ferrari he thought about Michael did and tried to be guided by that approach.

"In the last few races we've seen him a bit anxious, but he has never criticized the team. I imagine that Sebastian is working hard with the team to create the right atmosphere.

"Next year will be very interesting," said Brawn. "New rules mean new opportunities for everyone, so let's see what it brings.

"It's frustrating now for Vettel, but I think he knew the challenge would be difficult when he went there and I think it was one of the reasons he went there," he added.

"He wanted a challenge after everything he achieved, and he got one."

Rosberg has not won title yet – Villeneuve
(GMM) Nico Rosberg does not yet have the 2016 title in the bag, according to former world champion Jacques Villeneuve.

German Rosberg is, however, within striking distance of beating Lewis Hamilton, because a repeat of his 2015 win at Interlagos this weekend will see him wear the crown.

"He is driving with a lot of maturity and reflection, even if he has lacked speed in the last two races.

"Hamilton has returned to his previous level of concentration but both drivers have had difficult periods and Rosberg is the more responsive," the French Canadian added.

"I feel that he is progressing every season, unlike Hamilton who relies on his natural talent alone."

So Villeneuve does not buy into the claim that, if he wins, Rosberg will only be champion because the latter ran into consistent technical trouble.

"No, because Nico also had glitches," he said.

"It (his success) is that throughout the season, he was focused on every grand prix and if he wins the championship, it would have been the little things that allowed him to do it.

"But nothing is decided," Villeneuve said. "A small problem for Rosberg and Hamilton can leave Brazil leading the world championship. So it's not over."

Instead, the Brazilian has called time on his 15-year grand prix career and is looking to move to DTM, Le Mans or Formula E for 2017.

But he's not in a rush to decide his next step.

"After Abu Dhabi I want to take a break and forget I have commitments of any kind for a few months," the 35-year-old told Brazil's Globo.

Ahead of his last-ever home race at Interlagos, Massa also told the Brazilian Fox programme Nitro: "I'm happy with my decision. I'm convinced I made the right decision.

"It was a process to decide, but at the German grand prix, I got out of the car, looked at Claire (Williams) and said I would retire. She started crying," he revealed.

Since 2014, after losing his Ferrari seat, Massa has driven for Williams, but the British team's competitiveness has wavered, particularly this year.

Massa admitted: "Without doubt, if I had a competitive car, I would have (stayed).

"I have always raced thinking of victory, thinking of the top of the podium. But the time in formula one is not easy now.

"There are three, four, five big teams. Mine – Williams – is an average team, so I understood that the possibility of having a competitive car, to win, started to get difficult.

"I could have continued," he revealed. "But not the way I want. So I think it's time. We all have to understand the right time to go.

"I'm happy with my decision and grateful for everything I achieved. I have no frustration of what I went through, of my career. I'm ready for the next stage of my life, as I still have a lot to do," said Massa.

Internet broadcasting has always been ruled out by Bernie Ecclestone, on the basis that the success of the sport's commercial rights was built on the sale of traditional television rights.

But F1 is being taken over by Liberty Media, whose president and CEO Greg Maffei said this week is looking to expand the sport into 'OTT' – or 'over the top' internet broadcasting.

"Given the global nature and the dedicated fan base we have, it would seem like an OTT product is something that makes a lot of sense for them (F1) and us," he said during an analyst call, according to Hollywood Reporter.

However, he admitted that F1's current setup of traditional television rights means that there are obstacles.

"I don't think they're impenetrable, but there's things to be worked through," said Maffei.

Mercedes committed only until 2020 – Wolff
(GMM) Toto Wolff says Mercedes' is only committed to formula one until 2020.

The German marque has swept up every title since the 'power unit' began in 2014.

Mercedes co-owner and boss Wolff told La Gazzetta dello Sport: "Mercedes decided in 2009 to compete not only as an engine supplier but also with its own team in formula one.

"We have committed ourselves until 2020, but what happens then is unclear. In my opinion, we will stay in formula one if the sport develops in a positive way," the Austrian added.

Mercedes' commitment, as well as the other top teams, is in the form of bi-lateral contractual agreements with the Bernie Ecclestone-led commercial rights holder.

Those rights are in the process of being taken over by Liberty Media.

Wolff's contract with Mercedes, as well as that of team chairman Niki Lauda, are currently in the process of being renegotiated.

"I will not stay in formula one forever, let's say a few more years. As long as I am having fun at work.

"The situation is that I love what I do and I want to work with the same people with whom we have achieved such fabulous results," Wolff explained. "At the moment, I am negotiating for another two years.

"My work today is extremely intense and involves a great emotional commitment. When I'm no longer enjoying it, it's time to do something else."

In total, Liberty Media now owns 19.1% of Delta Topco, F1's parent company, which is controlled by CVC which owns 38.1%.

Thus far, Liberty Media has not bought any of CVC's shares but once the necessary regulatory and shareholder approval is given control will switch to the American company.

According to Forbes, the original $746 million was funded with cash and borrowings including the sale of debentures which are convertible into Time Warner stock.

Time Warner is one of many companies which Liberty owns shares in. The others include media company Viacom, the Atlanta Braves baseball team and event promoter Live Nation. It has been using the shares as a guarantee to raise the money which it is buying F1 with.

Liberty's offer values F1 at Â£3.3bn but it needs more than cash to take over F1 completely. Liberty also needs consent from its shareholders, Britain's Competition and Markets Authority and F1's governing body the FIA.

The latter has been the subject of significant concern as it stands to gain Â£33 million if the sale goes ahead. This is because the FIA owns a 1% stake in Delta Topco which it was sold for Â£270,000 in 2013 and comes with the catch that it can only be sold when CVC sells its shares.

It raises the question of whether the FIA has a conflict of interest and MEP Annaliese Dodds has written to the European Commission calling for an investigation into this.