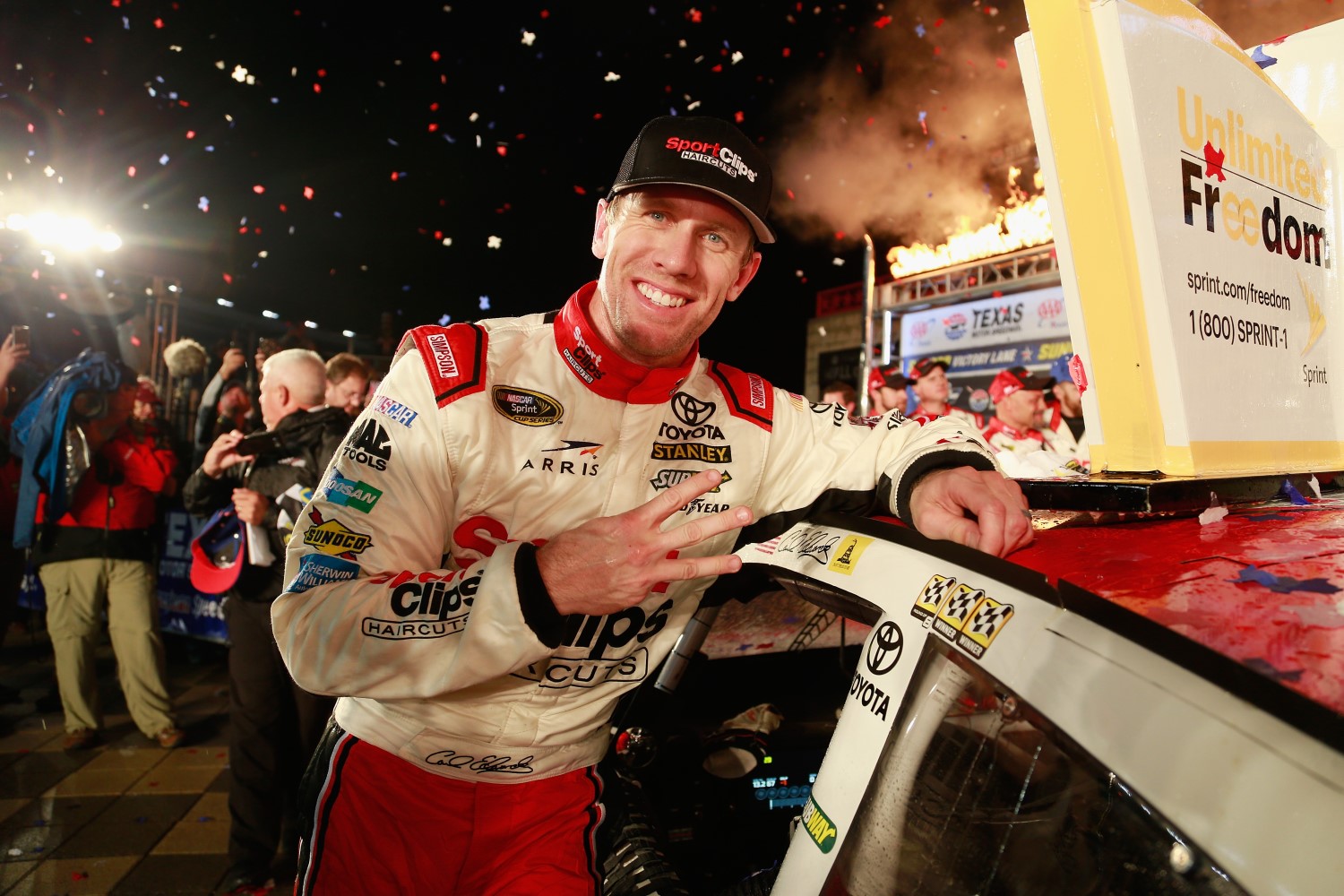 The AAA Texas 500 was deemed official by NASCAR 41 laps from its scheduled finish Sunday night due to rain, to the chagrin of some. With berths at stake in the Championship 4 race at Homestead-Miami Speedway, the question driver have faced was whether Chase races should weather-shortened. In its current elimination-style format, Texas was the second Chase race to be shortened by rain. Last year, the penultimate race at Phoenix International Raceway ran only 219 of the scheduled 312 laps. During his weekly appearance on SiriusXM NASCAR Radio's "The Morning Drive," Steve O'Donnell, NASCAR executive vice president and chief racing development officer, said the sanctioning body stands by its policy that a race is official once it reaches the halfway point.

"I think Joey Logano probably said it best – we make every effort to get the race in under its advertised distance," O'Donnell said. "I think you saw especially the circumstances yesterday with over six hours to try to dry a racetrack, at some point you've got to keep the fans certainly in mind, but also the competitors, the amount of time that they've had preparing for a race, and when does it get too late. So we've always looked at if you get past halfway, that's considered a complete race, and we do make every effort to get the full race in and we did that yesterday. We were a little short; that's unfortunate but the policy that's been in place, we feel like is one that should stand. Never something that we want to have to enact, but, unfortunately, yesterday and really last night you saw that have to come into play." NBC Sports