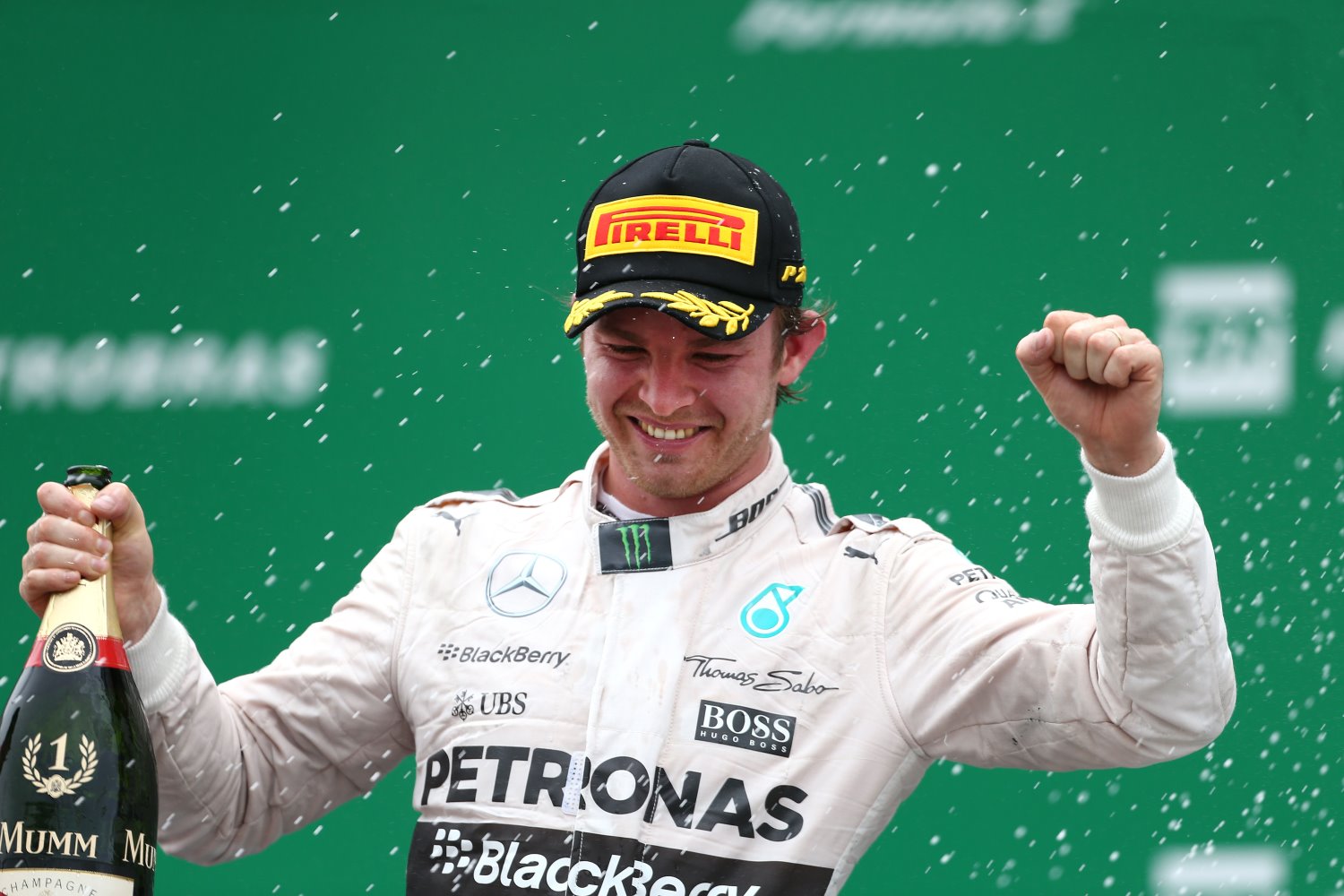 The 2016 Formula One World Championship season continues this weekend with Round 20, the Brazilian Grand Prix, from Sao Paulo

Nico Rosberg
Mexico wasn't ideal. I was going for the win as always but Lewis was just a little bit faster all weekend. Sometimes you just have to accept that and be satisfied with your work. I'm not going to change my approach. I need to keep doing what helps me perform at my best and that's going for the win every time. There are still two races to go and anything can happen in this sport, so I need to focus my energy on the factors that I have in my control. I've got good form in Sao Paulo. It's one of the real classic tracks, which usually produce some exciting races, so I'm looking forward to getting out there and having a big battle in front of those awesome Brazilian fans.

Lewis Hamilton
It's a great feeling when you're able to show the kind of pace I've shown at the past two races. Everyone has worked so hard and the car has really been faultless. The speed has been there all season – I just haven't always had the opportunity to take advantage of it. In terms of the Championship, it's an unusual scenario to be in – fighting for something and not knowing for sure that what you do will guarantee you're able to make it. One outcome would be painful and the other would be a great achievement. Regardless, I'm going to keep pushing. Since the beginning of my Formula One career I've seen that everything can change even at the very last moment, so you have to fight to the bitter end. I've never won in Brazil, so I go into this weekend focused on changing that.

Toto Wolff, Head of Mercedes-Benz Motorsport
Mexico brought us the best possible result from a race which was far from straightforward. It also leaves us with a fascinating scenario heading to Brazil. For Nico, all this talk of just needing to finish second in order to make it to the end is over. He has it in his hands. If he wins the race in Brazil, he is Champion. We've seen many races, particularly in the second half of this season, where he has coped well under pressure. But, mentally, I think this new situation is actually a bit easier in terms of tackling the situation with a little less pressure, as he still has another chance in Abu Dhabi. Equally, Lewis knows what he must do to keep his title hopes alive. He will never back down and that's what makes him one of the great ones. He has three Championships and 51 victories under his belt – and no matter the outcome this year, we all know there will be more to come. It's a really interesting dynamic and great for the fans. As a team, we will do all in our power to provide both with the opportunities they need. We're maxed out on performance, as is normal at the end of a regulation cycle, and when that happens everything becomes more marginal. This is where we find ourselves right now, so we must remain focused on every last detail.

Paddy Lowe, Executive Director (Technical)
The Drivers' Championship is getting very exciting with only two races to go. That's the big focus of everyone's thoughts and, as usual, we will do our very best to treat this as a normal race – approaching the weekend with the highest levels of discipline and an overriding objective to ensure we provide both drivers with the best equipment for a fair competition. Interlagos is a great track – quite a short lap, with a lot of elevation changes. Similar to Mexico City although not to the same extreme, Sao Paulo has slightly lower air pressure than the normal ambient, which has an effect on drag. The race weekend is also often affected by rain, which can make it an extremely challenging few days both on and off track. Another interesting feature of this circuit is the long run up the hill from the final corner to the first, which provides a good overtaking opportunity. It's not easy to pass there but it's definitely possible, which usually leads to close racing and some bold moves through that particular sequence. In fact, this venue has seen many dramatic moments over the years – including a number of Championship finales. The Brazilian crowds are highly passionate and enthusiastic, so overall we look forward to another entertaining race weekend.

Dates for your Diary