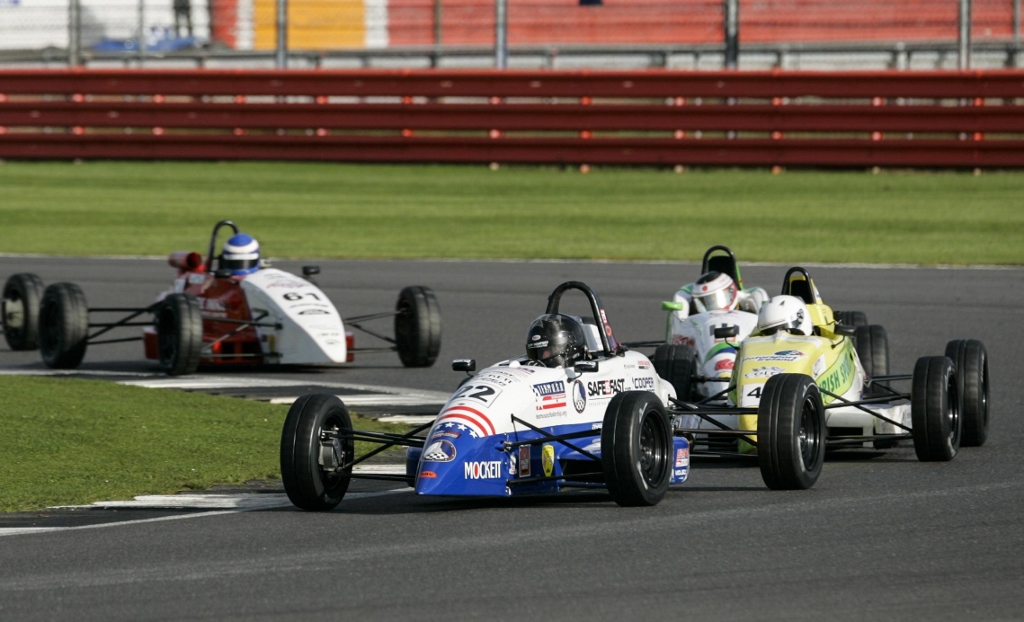 Oliver Askew today made the perfect start to his challenge for the 16th annual Walter Hayes Trophy Formula Ford 1600 event on the Silverstone National circuit. The 19-year-old from Jupiter, Fla., qualified on the pole for his heat race and romped away to a clear victory as dusk fell. Askew thereby ensured himself of a front row starting position for one of tomorrow's two Semi Final races which will set the grid for the Grand Final.

Teammate Kyle Kirkwood, 18, also from Jupiter, Fla., wasn't so fortunate, finishing a lowly 16th after an early incident which means he will have to work his way through the Progression Race and the Last Chance Race tomorrow morning to stand any chance of making the 36-car grid for either of the Semi Finals.

Askew began his day by claiming the pole for Heat Six with the second fastest time of the entire 120-car field – fractionally slower only than Formula Ford Festival winner and BRSCC British champion Niall Murray, who took the pole for Heat Four. He profited further when Cliff Dempsey Racing teammate James Raven and Stephen Daly ran afoul of oil at Beckett's on the opening lap and crashed heavily to bring out the red flags. Askew made a fine getaway at the restart and quickly made a break to win by a convincing 8.188-second margin over 2015 Walter Hayes Trophy winner Graham Carroll.

"We just keep finding ourselves in the right place at the right time," said Askew. "That is what this type of racing is all about, especially at this track. It also helps that we have a mega car that can fight for the top spot in any condition.

"To maximize my opportunities tomorrow, it is important to finish well and stay out of trouble in the Semi Final," he continued. "I could not have asked for a better start to the weekend. The Cliff Dempsey Racing team has been working well together as always, and we all have that fire inside ourselves to win the big race tomorrow. Anything can happen."

Kirkwood, by contrast, drawn in Heat One, found himself unable to find a clear lap during the 10-minute qualifying session first thing this morning. After lining up a disappointing third on the grid, Kirkwood recovered the kind of form he had shown during testing all week by moving into the lead on the opening lap, embroiled in a tight scrap with pole-sitter Ben Norton, Jordan Dempsey and Luke Cooper. Sadly, it all came to naught on Lap Four when he tangled with Norton at Brooklands. Kirkwood did manage to continue but his car was hobbled by a large piece of exhaust pipe from Norton's car which had become lodged in his No. 22 car's sidepod.

"That's exactly what we didn't want to happen," said Kirkwood. "Racing for the lead down into Brooklands, myself and the leader were back and forth down the whole back straight. When I went for the pass late into Brooklands, Ben Norton closed the door very late and it caught me off guard."

Tomorrow's action will commence with the Progression Race at 9:00 am. Live timing and scoring will be available at https://livetiming.raceresults.nu/mst.