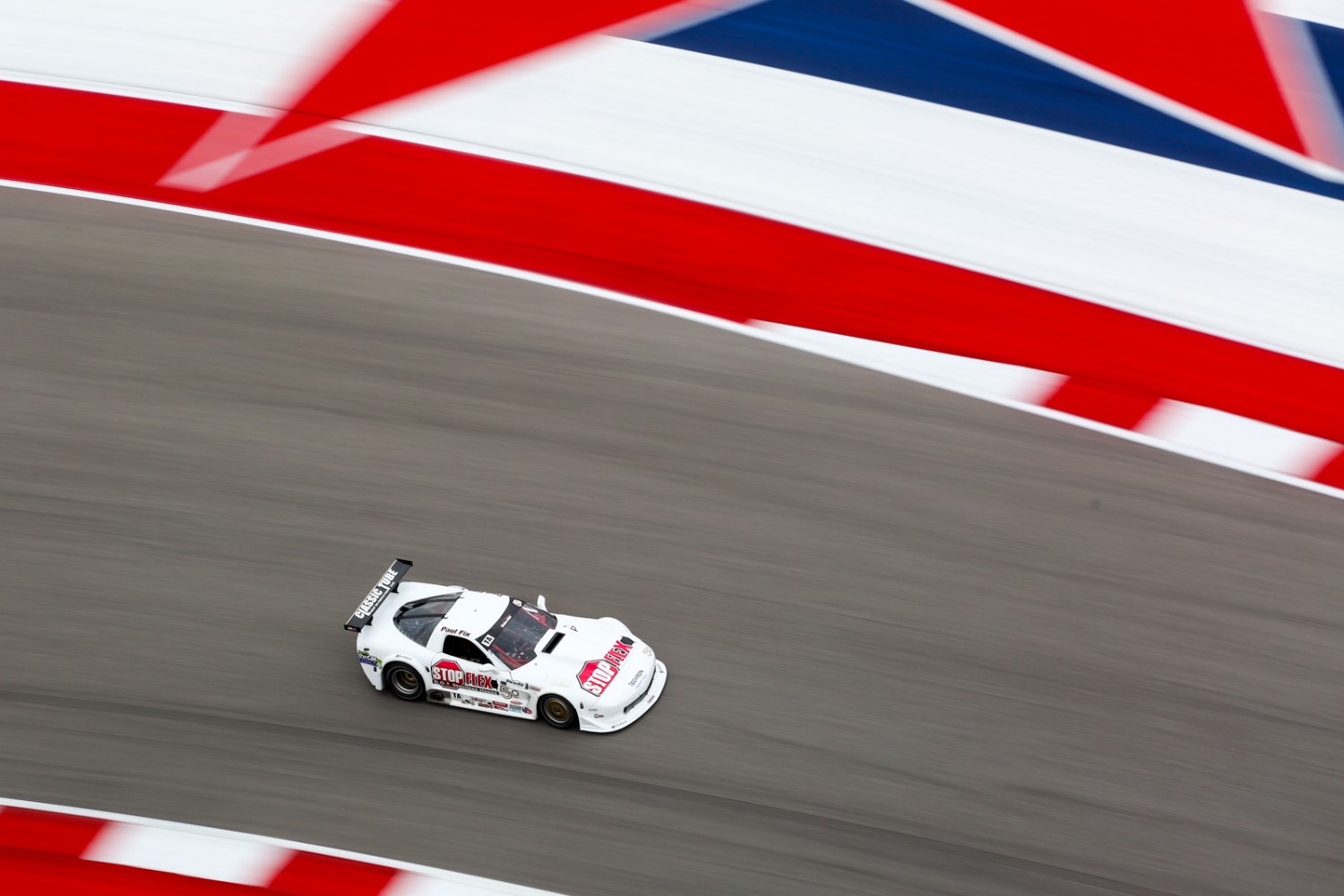 With only two rounds remaining in the 2016 Trans Am Championship, Paul Fix and Dillon Machavern both secured pole positions for their respective 102.81-mile Trans Am races at Circuit of The Americas (COTA). They were joined in post-qualifying celebrations by Ernie Francis, Jr., and Todd Napieralski, who captured poles for the TA3 and TA4 classes, as Trans Am concluded the day’s activities around the 20-turn, 3.427-mile circuit.

The pole, coming courtesy of a new TA class track record of 2:09.072, puts Paul Fix and the No. 50 StopFlex/TheCarCoach.com/Chevron Techron Chevrolet Corvette in the perfect position to continue Fix’s championship surge. Entering the weekend one point behind then points leader and defending champion Amy Ruman, who qualified third, Fix will now begin tomorrow’s multi-class TA, TA3 and TA4 race a single point above Ruman—having earned three points in qualifying to Ruman’s one. The pole is Fix’s third of the year.

Separating the two drivers in qualifying was Cliff Ebben, in the No. 36 Stumpf Ford/McMahon Group/ Lamers Ford Mustang, with a time of 2:10.283. Ebben is also in the midst of the TA championship battle with Fix and Ruman, one that seems destined to go down to championship weekend at Daytona International Raceway. Ruman turned the No. 23 McNichols Company Chevrolet Corvette around the COTA circuit to the tune of a 2:13.713, never quite closing the gap on Fix and Ebben in what was an incident shortened session. Still, the defending champ will start third tomorrow, leaving both Fix and Ebben well within reach.

In TA2, Dillon Machavern, in the No. 24 Heritage Motorsports Ford Mustang, captured his first career Trans Am pole with a 2:15.074 lap time, well beneath the existing TA2 qualifying record of 2:16.00. His qualifying effort puts Machavern in prime position to pursue what would be his third career victory, with previous wins coming at Brainerd International Raceway in 2015 and Watkins Glen International earlier this year.

The 2016 Trans Am Championship has seen Machavern finish on the podium four times thus far, albeit none of those appearances have come in the last five rounds—events that have seen the Charlotte, Vermont, driver battle torrid luck with contact and mechanical issues ending his races despite running up front multiple times. Now Machavern has the starting position to put those issues behind him and potentially mount a challenge for the year0end podium.

In TA3, Ernie Francis, Jr., grabbed pole position from behind the wheel of the No. 98 Beta Tools/ Liquid Performance Chevrolet Corvette with a time of 2:19.876, capping off his debut in the TA3 class after securing the TA4 Championship two rounds ago. Francis was followed in the session, and will be joined on the front row, by Randy Mueller, in the No. 0 Epic Motorsports/Bizbloom.com BMW M3, who turned a 2:21.317 lap of his own. The front row sets up a race matchup between current Trans Am champions Francis and Mueller; and with both already having secured their respective 2016 titles; they are free to race for the win.

Trans Am will return to the track today, Saturday, November 5, for two 102.81-mile races, an independent TA2 race and a TA, TA3 and TA4 multi-class race for Round 11 of the 2016 Trans Am Championship.