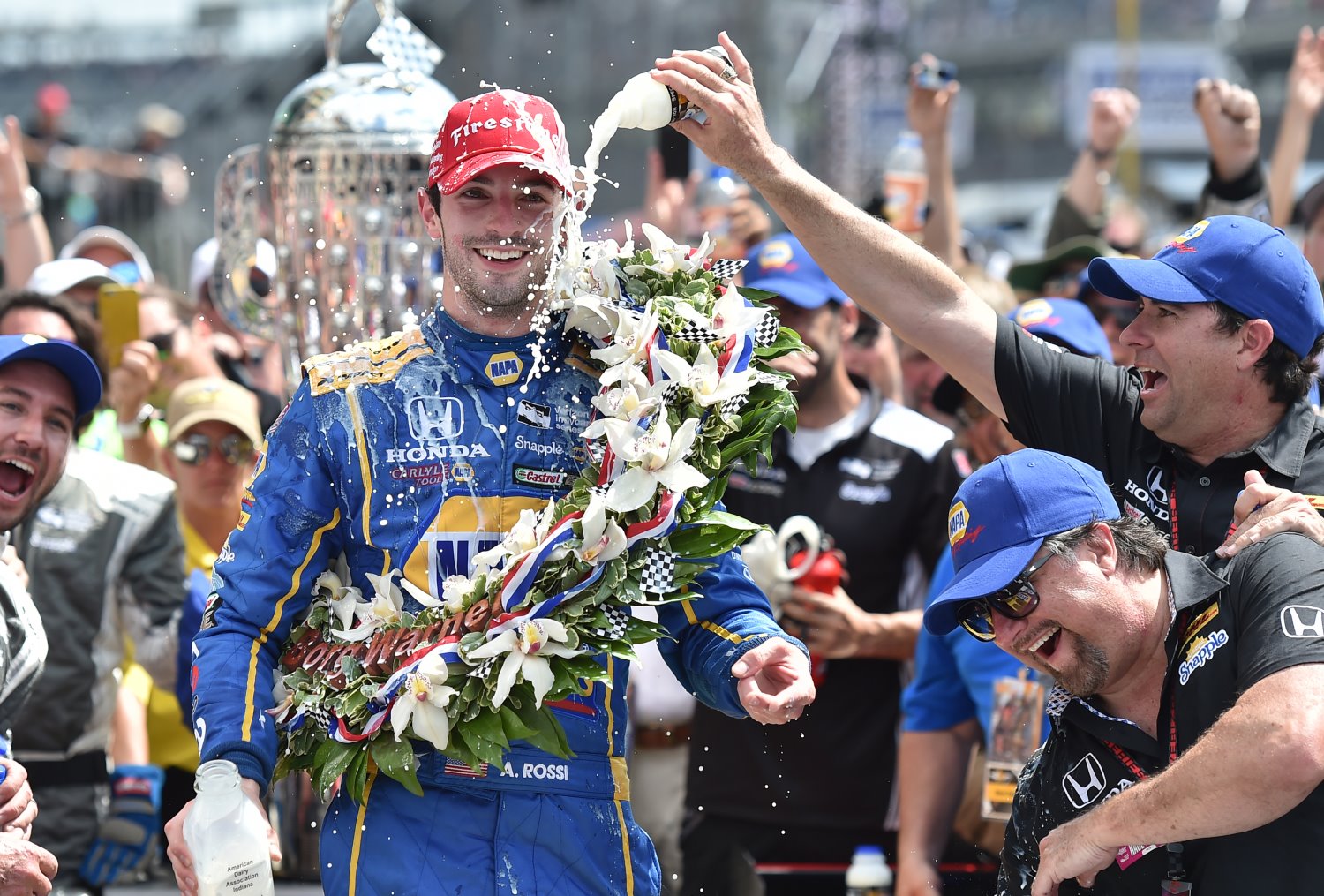 Alexander Rossi will be honored with the prestigious 2016 Athlete of the Year award to add to his accolades following a sensational debut Verizon IndyCar Series season with Andretti Autosport and Honda. The National Italian American Sports Hall of Fame has recently announced its inductees and honorees for the 39th Annual Induction & Awards Gala, which will take place at a dinner on Saturday, November 12, at the Westin Chicago River North.

The NIASHF Class of 2016 inductees include Nino Benvenuti, Mollie Ann Bracigliano, Vinny Del Negro, Paulie Malignaggi, Lenny “Boom Boom" Mancini, Joe Pepitone and Eduardo “Eddie" Greco will be honored as the 2016 Sportsman of the Year. Following a busy and successful season – where Alexander competed in the Verizon IndyCar Series with Andretti Autosport and Honda, coupled with his Official Reserve Driver role for Manor Racing Formula 1 team – the California native has already been awarded Sunoco Rookie of the Year following his consistent performance and strong results. Alexander cemented his place in motorsport history by winning the 100th Running of the Indy 500 this past May and becoming the first rookie in 15 years to win the iconic race.

Speaking of the award, Alexander said: “This has been another fantastic year in my career and it’s truly an honor to accept the NIASHF Athlete of the Year award. It’s the perfect moment to take a step back and look at what we have achieved this season. There have been obvious highs, such as winning the Indy 500, but it comes with the support of my team, family, sponsors and incredible fans who have made this year so special. The Gala in Chicago will be great and I’m sure I’ll enjoy meeting other like-minded athletes across all sports. It’s a very special award and I’m honored to accept the responsibility that comes with it."

George Randazzo, President and Founder of NIASHF, spoke of why Alexander was chosen: "The Yogi Berra Athlete of the Year award is given out annually to recognize a current top Italian Athlete who excels both on and off the field. Winning the Indianapolis 500 in his rookie year is quite an accomplishment and we look forward to not only recognizing that on November 12th but we look forward to following Alexander and his future successes."

Alexander will attend the event on the 12th November in Chicago, USA, to collect the prestigious award in front of guests and VIPs and alongside fellow athletes of all sports. Past recipients of the Athlete of the Year award include Anthony Rizzo, Joey Votto and Jenna Prandini.

The National Italian American Sports Hall of Fame is located at 1431 W. Taylor Street in Chicago. For further information, or to purchase tickets for the gala dinner, please call (312) 226-5566 or visit www.niashf.org.