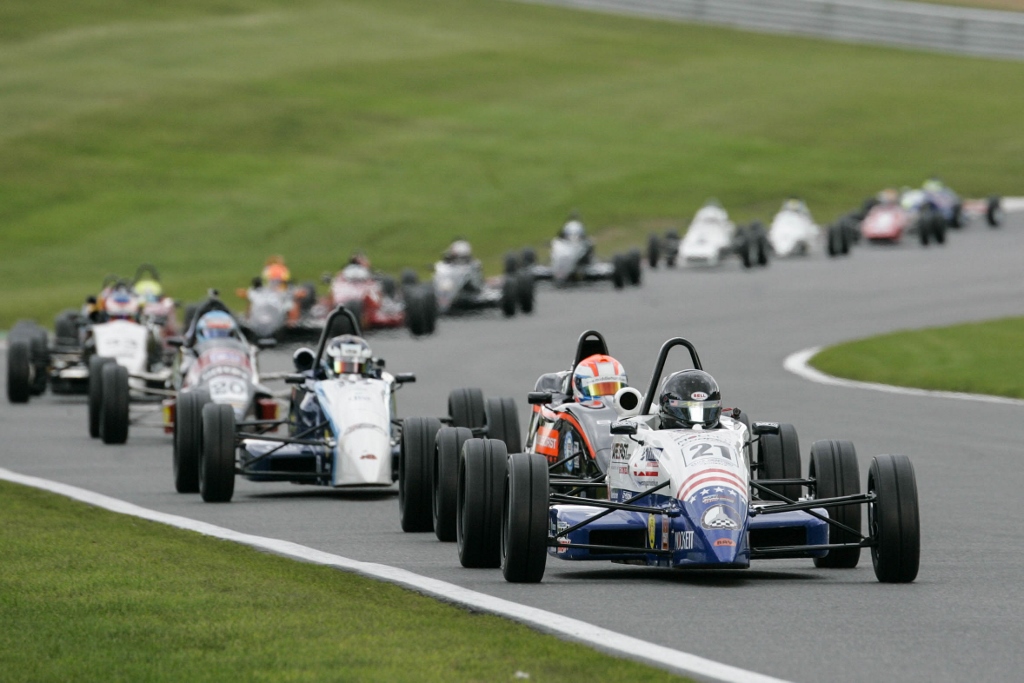 Cool, dry conditions prevailed throughout the day and led to some frantic action during the afternoon races. The first heat saw Team Canada’s Parker Thompson, runner-up in this year’s Cooper Tire USF2000 Championship Powered by Mazda, on pole position, flanked by Cliff Dempsey Racing teammate Chase Owen, from Houston, Texas. Unfortunately, both fell victim to a first-lap lunge at Druid’s from former British champion Stuart Gough, who went on to win while Thompson and Owen had to settle for sixth and eighth.

Heat Two was rather more clean, with Murray fending off a race-long challenge from Williams and Askew turning laps with a tenth or two of a second before easing off in the closing stages.

“It was a really good race," said Askew. “The Cliff Dempsey Racing team has been doing a great job, the car has been fantastic this weekend and I got off to a good start, really clean. I pulled a gap from the guys behind me and was just hanging on to the two guys in front. They were really fast and with about five laps to go I realized I wasn’t going to catch them so I just saved my tires and just looked forward to the race tomorrow. It’s a been a great week so far."

Heat Three didn’t start too well for Kirkwood, who fell from fifth to eighth on the opening lap. A change to his car’s brake bias allowed him to push harder than in qualifying, and as he gained in experience he soon began to look for a way to make some passes. Overtaking is never easy on the tortuous Brands Hatch Indy circuit, but Kirkwood neatly outbraked Portugal’s Pedro Matos for seventh place at Clearways, then repeated the maneuver on Tom McArthur on Lap 10 to ensure a sixth-place finish.

“The racing’s nothing like anything else I’ve done before, I have to say, and throughout that race everyone was a bit erratic," related Kirkwood. “The thing is, they’re erratic but they’re under control, so you kind of have to be erratic also, which is not something I’m used to, so after about five or six laps I got the hang of it and started driving a little bit more crazy, you could say, and came away with a good finish."

Today’s finishing positions determined the starting order for tomorrow morning’s pair of Semi Final races. Askew will line up on the outside of Row Two for Semi Final Two, with Kirkwood a little farther back on Row Five. Live timing will be available at http://tsl-timing.com/event/164231