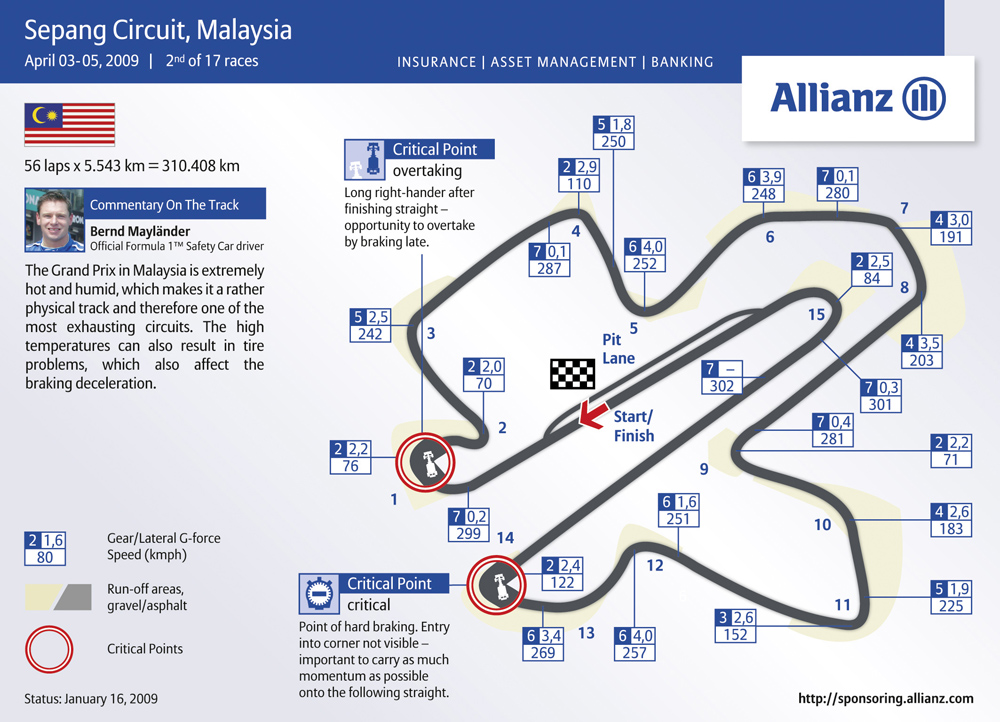 A number of F1 drivers have spoken out against the new layout of the final corner at Sepang, labeling it as "annoying", "strange" and "not fun" writes Valentin Khorounzhiy of Motorsport.com.

The modifications to the hairpin at Turn 15, which have made it into an off-camber corner, have been arguably the most notable in a host of changes to Sepang ahead of the 2016 Malaysian Grand Prix.

And, after getting their first experience of navigating the modified final corner in practice on Friday, many drivers admitted they were not keen on the changes.

Manor's newcomer Esteban Ocon was among the harshest critics, saying the corner made for a "boring challenge".

"It's off-camber, totally," Ocon said. "You can't even take the apex. Front wheel is always in the air. It's totally the wrong way of taking a corner.

"It's a boring challenge. It's just going slow around the corner and just light. It's not fun."

His sentiments were echoed by Scuderia Toro Rosso's Carlos Sainz, who said: "It's not normal. I prefer the old one.

"The car pulls to one side because of the amount of banking, which is huge.

"Normally you would do the whole lap laying on the rear tires a lot and pushing like hell and suddenly you arrive to the last corner and everything that you had goes away. It's a bit of strange one, that's why I don't like it."

Renault's Jolyon Palmer dubbed the new Turn 15 "annoying", although conceded it made for an interesting challenge in terms of technique.

"It is an annoying last corner now," Palmer said.

"What they have done is not bad, in terms of making the track a bit interesting. But the way it is off camber means it is always frustrating because braking is difficult… Very easy to make mistakes in locking and lighting it all up in exit. It is annoying to drive.

"But it is a more interesting corner from a technical point of view. The nature of it means you never feel like you have nailed it because it is a bit scrappy." Valentin Khorounzhiy/Motorsport