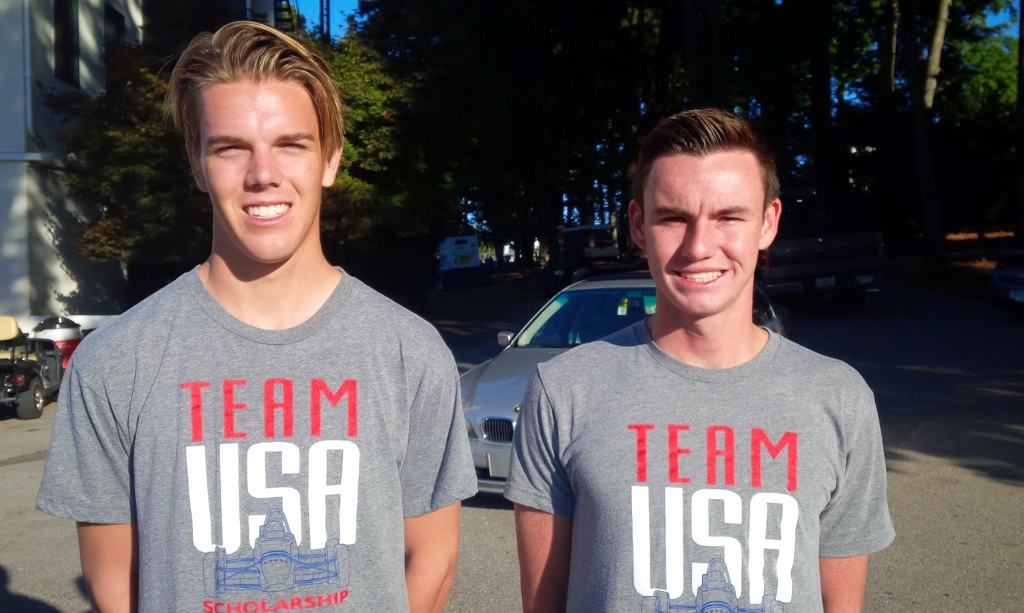 Oliver Askew (left), 19, and Kyle Kirkwood (right), 17, who, coincidentally, both hail from Jupiter, Fla., were confirmed today as the most recent winners of prestigious Team USA Scholarships. The long-time friends and karting rivals will travel to England next month to contest both the Formula Ford Festival at Brands Hatch and the Walter Hayes Trophy at Silverstone.

"The standard was extremely high and we were faced with some difficult decisions," said Team USA Scholarship founder and auto racing writer/broadcaster Jeremy Shaw. "After much deliberation we chose Oliver and Kyle, but all of the youngsters performed well and would have been worthy recipients."

Askew and Kirkwood will drive a pair of identical Ray GR15 Formula Ford 1600 cars in the UK prepared by Cliff Dempsey Racing, which previously has guided Newgarden to victory in the 2008 Formula Ford Festival (the first American winner of an event which dates back to 1972) and earned top Walter Hayes Trophy spoils for Team USA with Daly (2008), Connor De Phillippi (2009), who currently leads the ADAC Masters GT series in Europe, and Nunez (2012).

"I am ecstatic and greatly honored," said Kirkwood, a front-runner in the inaugural F4 U.S. Championship powered by Honda with Primus Racing. "To be able to represent the USA is a feeling no words can describe. I will work vigorously to prove that Jeremy and the Team USA Scholarship judges have chosen the right person for the job. I am extremely excited for this opportunity and for the memories to come!"

"I cannot express how excited I am to represent the prestigious Team USA Scholarship," added karting star Askew, who has shone in Formula Masters China and Skip Barber events. "Kyle and I have been very close friends for over 10 years. We have been teammates in the karting ranks for many of those years, so we will keep working together to bring home great results. I’d like to send out a special thanks to those who support the Team USA Scholarship, especially Jeremy Shaw for putting in countless hours to help young talent fight for their dreams."