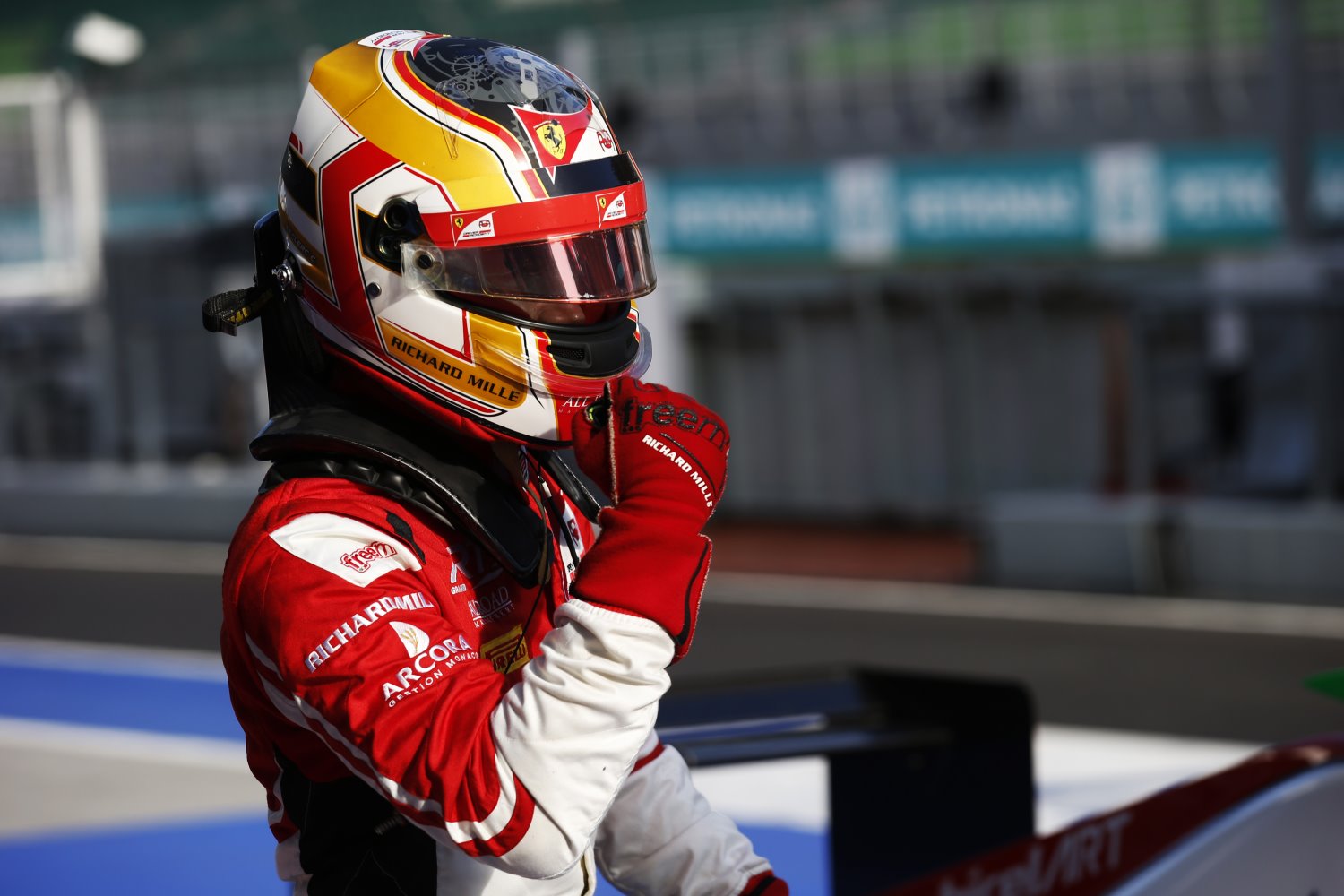 Scuderia Ferrari Team Development driver Charles Leclerc pocketed his fourth pole of the 2016 GP3 season in a 1:49.861. The Monegasque was the only driver to lap in the 1m49’s after a closely fought contest for the coveted pole and four bonus points attached. His title rival and teammate Alexander Albon will join him on the front row. Nyck de Vries completed an all ART-GP top three.

Blue skies and scorching temperatures set the scene for the 30 minute qualifying session for Round 8 of the Series, with the category making its maiden visit to the Sepang International Circuit. Leclerc set the initial pace before Albon improved to take P1. Shortly after, Arden International’s Jake Dennis split the ART GP duo to go second before De Vries shot into P2. Albon was pushing hard and ran wide, failing to better his time.

As the drivers returned the pitlane to switch to new Pirelli rubber and make set-up adjustments, Koiranen GP’s Matthew Parry had the Sepang track to himself and posted the second fastest time of the session. De Vries then took provisional pole by 0.142s with eight minutes remaining.

As the clock ticked down, Dennis lit sectors 1 and 2 in purple but failed to improve on his overall lap time, while Campos Racing Alex’s Palou found some extra pace to go straight to the head of the timings. This lasted only briefly before Leclerc went fastest in sector three and flew to the top of the timesheet to lock in provisional pole.

Albon did his best to beat his teammate but had to settle for second place, with De Vries in third. Jack Aitken, Palou, Nirei Fukuzumi, Arjun Maini (Jenzer Motorsport), Sandy Stuvik (Trident), Dennis and Steijn Schothorst completed the top ten.

Race 1 (19 laps) takes place tomorrow at 10.30 am (GMT+8) with the GP3 field eager to race around the Sepang International Circuit for the very first time.