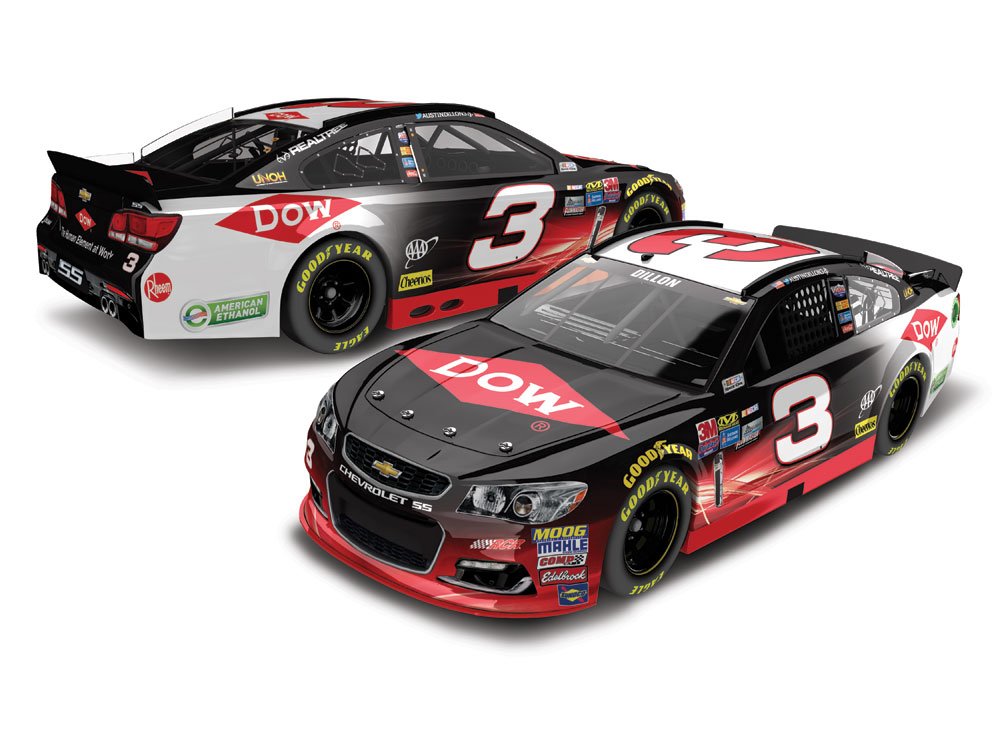 The No. 3 car will feature DOW Chemical Co. as the primary sponsor.

DOW teamed up with Richard Childress Racing in 2013 as a sponsor for the No. 31 car that was driven by Jeff Burton at the time.

One of the noticeable changes from his current DOW paint scheme is that the No. 3 on the door will now be white with a red-and-black outline instead of the current red door number.